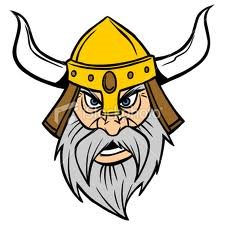 Raymond Lamont Brown in his ‘Phantoms Legends, Customs and Superstitions Of The Sea (1972)’ described the ghost as being ‘6 feet tall, fierce looking, with a beard and long moustaches.’ He goes on to say that ‘Wildfowlers and fishermen who have seen him say that he wears a horned helmet and jerkin of coarse leather. As the phantom strides out over the mud-flats, his long sword, hanging loose from his belt, sends a clanking sound through the ever-rustling reeds.’

Carmel King, in her book “Haunted Essex” states ‘ Many night fishermen have reported seeing a tall, burly Viking standing on the mudflats at The Point, on the far eastern side of the island. It is believed that he left behind by his fleet and waited for his ship to return; only to drown in the rising tide.’