The Weird, The Strange And The Spooky

A short excerpt from Three Decades In Blue 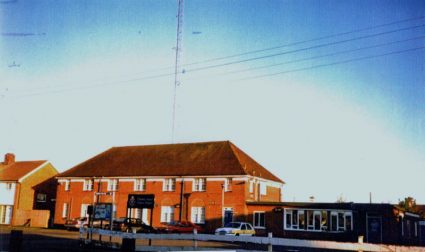 Canvey Police Station with its tall antenna behind it.

A television phenomenon of the 1990’s was of course ‘The X-Files’, which made household names of the shows two main actors, David Duchovny and Gillian Anderson, who played FBI Special Agent’s Fox Mulder and Dana Scully. Week on week we saw them face ‘the weird, the strange and the spooky’ – all in the name of good television. We watched that from the comforts of our settee’s and had the option of turning it ‘off’ and/or changing channel, it if got just a little too uncomfortable or unnerving.

However, unlike Fox Mulder and Dana Scully who were fictitious and generally had safe outcomes ‘scripted’ for them, police officers (engaged in ‘general patrol’) do NOT enjoy the same benefits of an assured ‘safe outcome’ and the ‘plot lines’ are literally being written ‘at the material time and definitely NOT foreseeable. Thus if a Bobby gets a call or indeed stumbles into a situation ‘a little out of the ordinary’, they never quite know how the ‘final scene/outcome’ will play itself out, until it happens!

Police officers through experience get used to expecting ‘the unusual, the unexpected, the low ball’ – because ‘life’s like that (as the ‘Readers Digest Magazine’ used to print). However, that still doesn’t make such experiences any less uncomfortable or disturbing ‘at the material time’– as Bobby’s after all are NOT ‘FBI Special Agents’ but simply ‘citizens’ appointed’ to do a job of work, which  can and is often testing and challenging – as those who have done it will testify!

So what I plan to do in this chapter is to share some of my experiences, a few of those unexpected events that cropped up in my career, that do not exactly fit into the standard categories of ‘Offence Occurrence’, ‘Non-Offence Occurrence’ and/or ‘Arrest Occurrence’ (as taught to us at Training School) – but perhaps if we had such a thing, might well have ended up being filed under the Police’s very own version of ‘X-Files’! …………………………………………………

The next experience that I want to share, falls into the area of ‘Spooky’ and back to the late 1980’s, whilst I was at my third posting, Canvey Island (in Essex). Canvey had a unique history, in terms of its reclamation from the sea by the 17th century Dutch Land-Reclamation and Drainage Engineer Cornelius Vermuyden)  AND in terms of the floods it suffered in 1953, which submerged much of the island and took many lives. 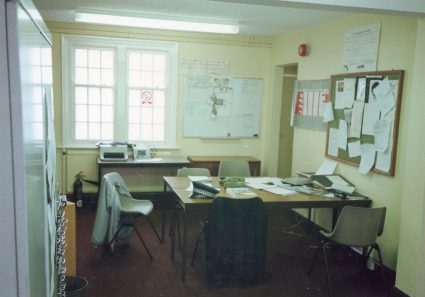 When I was stationed at Canvey (1986 > 1990), the shifts were no bigger than four or five PC’s and a Sergeant and the police station – created from several former police houses linked/annexed together, to form a convoluted building with a ground floor and a long upper 1st floor room (in the roof space), which during my time there was used by the Canvey CID (Criminal Investigation Department). Because the CID on Canvey then did not work night shifts, overnight their upper room office which had two end doors (the only access) were locked.

Because of the small shifts, we would quite often find it necessary to try and get our writing done in the small hours – after 3am (once all the revellers had gone home from the pubs and clubs) and before the night shift ended at 6am. Anyway, on one particular night, I happened to be in the station alone, seated in the report writing room (which was directly under the CID office) and it was sometime in the early hours (perhaps about 4am), when I heard a creaking of floorboards above my head. The sound was exactly like that caused by a person walking across a wooden floor-boarded floor – the problem being, this was coming from upstairs in the CID office, which should have been ‘locked’.

As unnerving and unpleasant a task as it was, I went up and checked the CID office and indeed found that the padlocks applied on each door at both ends of the long office were in place and secure. I cannot recall whether I ‘bit the bullet’ and remained in the station, thinking I have to work in this place whether I like it or not, so………. or did the natural thing and ‘skedaddled’ out of there, back on patrol.

Either way, fortunately I never had a repeat of that experience and in case any of you may be wondering – NO, the CID office had NOT been broken into that night and when the CID officers returned to use it next, everything was in order as far as I can recall.

However, that wasn’t/isn’t quite the end of that particular story and this is why. Sometime later after I left Canvey Island (as a posting), I happened to learn more of the Islands history and in particularly the part that the ‘police station’ played at the time of the 1953 floods. I was told that during that devastating event, which took a number of Islanders lives, the upper room of the police station (BEFORE it became the CID office) had been used as a temporary ‘Morgue’………….need I say any more.