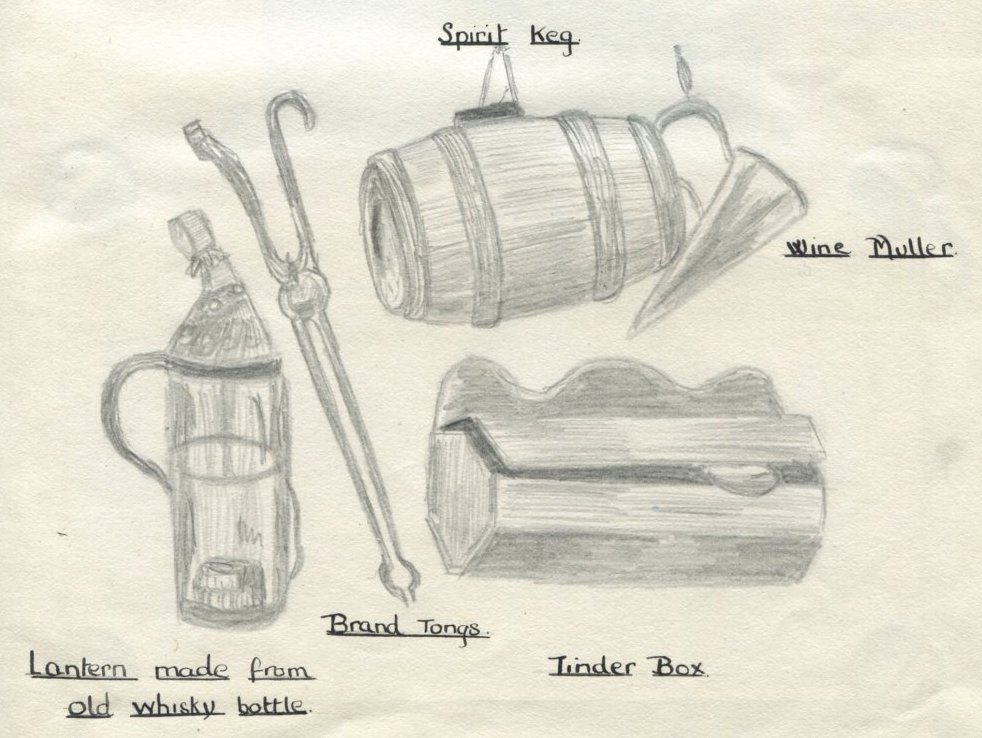 Two farmers crossing a field behind The Lobster Smack were engaged in deep conversation when one of them sank down to his knees in soft earth. At first they thought it was a bog as they had strayed further over from their usual path home, but on examination, the hole into which the farmer had sunk revealed much more than soft soil.

It was a camouflaged entrance to a tunnel at one time frequented by smugglers.

The farmers reported their discovery and officials were sent down from London. Although the tunnel appeared not to have been used in a number of years there was still plenty of evidence to suggest that in its day it had proved to be an invaluable hideaway.

Apparently it had been attuned to comfort as much as was possible, a solid wood flooring and large oak door protected the main entrance. The walls and roof were heavily shored up with thick beams, to all appearances it was a small room.

Brass lanterns hung intermittently, though slightly discoloured through age. They were nothing if not inventive, and had produced seating from half cut barrels, empty kegs that had once held brandy.

By far the most interesting find, at least to the Excise men must have been the carved boxes, some of which still held the essence of perfumes, tea chests and rolls of what on first sight appeared to be tar cloth. Closer investigation revealed their true identity as silks, satins and various other types of materials.

For these valuable items to have been left behind one can only imagine that the smugglers either had cause to disband in a great hurry or that they were prevented from returning to the spoils of their trade.

When the articles were removed, the tunnel was filled in and sealed up for the last time and it was thought that all recovered contraband found its way to London with certain pieces later returning to the museum at Chelmsford.

It is not entirely clear whether the underground room had another secret entrance, or if one were found and buried with earth along with the rest of the tunnel, but it would surely have been an odd occurrence to have left themselves no other way out.