You are here: HomenextPlacesnextAreasnextHolehaven and surrounding areanextFrom the Vicarage to the Lobby

From the Vicarage to the Lobby 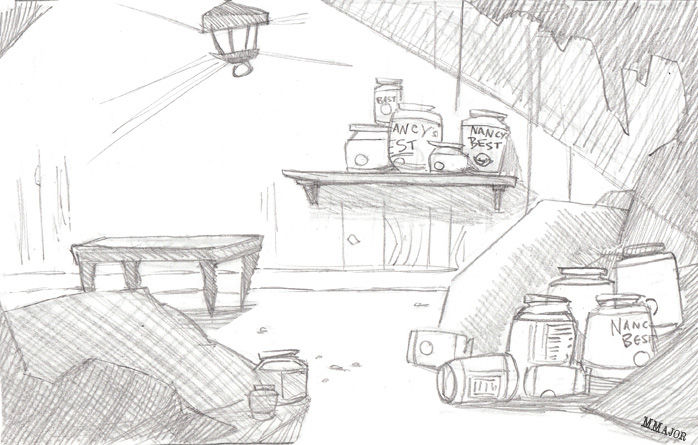 The Archive have no way of knowing whether the stories of smugglers tunnels on Canvey are true or false. It is true that smuggling was rife especially in the Lobster Smack area which is why the Coastguards were stationed there first housed in a hulk in Hole Haven then later in the Coastguard cottages.

It has been said that Canvey being below sea level there is no way tunnels could have been built, but Canvey was not always so low in the water. We must also consider that the so called tunnels could just have been holes in the ground for temporarily storing smuggled goods. We will probably never know the answers as all we have are stories and those who say they have been in the tunnels are no longer with us. We have spoken, some years ago, to a man who knew where one such tunnel was. He was very reluctant to talk about it because of the ridicule he had received.

At the end of the day whether they existed or not the stories are very much part of Canvey’s history. This is one such story published in a local magazine.

One man claims he can put all those doubting Thomas’s to rest, for he claims that in his younger years when he was eleven, he walked the full length of a tunnel stretching from the Vicarage at Haven Road to a place just beyond the Lobster Smack.

This, he tells us took place only thirty-seven years ago when he did a milk round as a youngster with Mr. Dines the milkman, who knew of the tunnel. Being young and inquisitive, his interest in their existence was mentioned on his behalf to the Reverend. He it seems was only too pleased to quench an enquiring mind and led the small party down to the two cellars. They were not connected to each other in any way and it was only necessary to enter one. Mr. Dines had taken with him the candle-lamp from one side of the three-wheeled milk wagon he drove on his rounds. Once in the cellar, the Reverend walked to the farthest wall where a door could be seen behind his bits and pieces in storage. Five or six steps led down the other side of the door, and he recalls seeing probably 30 foot of light sandy coloured brickwork, though it was grubby with age. He remembers that it was not really in keeping with the Vicarage at all, which was made of wood. Perhaps then the cellars had been in position before the Vicarage was ever constructed and the tunnel originally hidden under a previous building. Its presence otherwise, unless he was terribly naive, would surely have incriminated the vicar of the day as some kind of conspirator.

As they moved forward he noticed the walls were shored up with wood and beams and the tunnel had a depth to it that more than covered the height of a man standing tall. The deeper they went, the more musty and stifling the air became and the dampness of it all was very apparent, even to a little boy of eleven. There was nothing to be seen down there save the wooden walls and if there had been booty transported through the tunnel, there was certainly no lingering traces.

About a third of the way along, the air suddenly became less stuffy and not long after, the milkman and his lad entered an area the size of a large room. At a guess, the anti-chamber measured 20 x 15 foot, and the air in it was as fresh as above ground. “There must have been an air vent of some nature. Though however much we investigated above ground, we never found it”. It took the two of them a good hour to reach journey’s end, for after the chamber another narrow tunnel continued. They eventually surfaced behind The Lobster Smack, and taking into account their position, surmised that the angle the tunnel had taken must have led them at one point under the building itself. When asked if he had ever been down any other tunnels of a similar nature on Canvey, he said that he hadn’t, though there had been talk during his school years of one in the Thorney Bay area. He believed it was discovered when the old farm that had stood there was pulled down for the development of the Fielder Estate. The entrance to it collapsed and he understood it was then filled in.