Dowd says it was Waterside Farm

Dowd in his ‘Canvey Cyclopaedia’ has a different slant on things he believes that the haunted house was Waterside Farm. 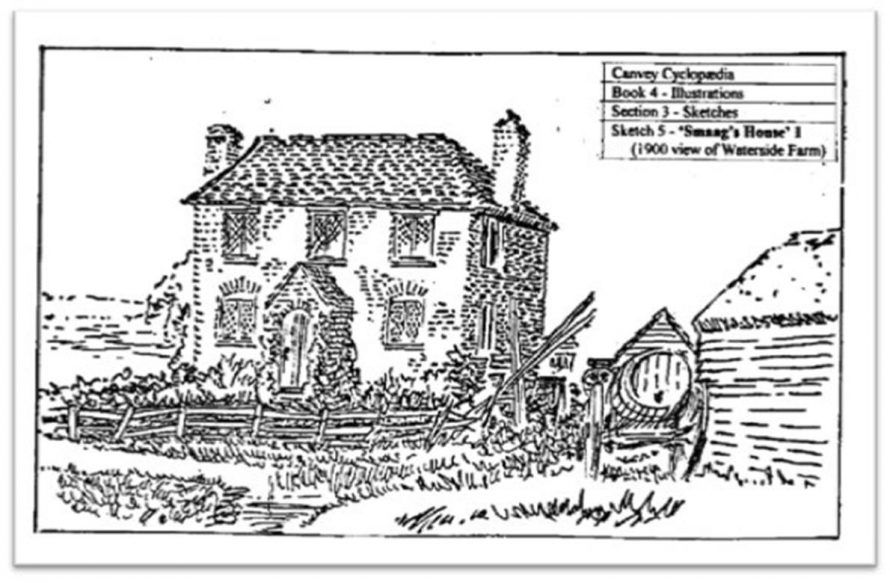 “The first Church-of-England curate-in-charge arrived here in 1709, the Rev. Mr. James Lord (4) and, as the Dutch Chapel had by then so decayed, by 11/6/1712 a new 80-seat English Chapel of St. Catherine Virgin & Martyr was built by Mr. Edgar (5). The chapel was consecrated by Bishop Henry Compton of London (6), and on a copy of the original sermon, preached at the consecration by the Rev. Samuel Hilliard, M.A., rector of Stifford, the words ‘Abraham Otger of London, Gent.’ have been added.

Richard Gough, F.S.A., in his ‘British Topography’ (1780 edition) describes evil spirits haunting the house of Jan Smagge ( 7 ). The latter was a farmer of Canvey, renting 30 acres ( 8 ) from Peter van Belle in South Holyhead ( 9 ) at £ 8 per annum – and these occurrences happened on the 10th., 13th., 14th., and 16th. of September, 1709, during broad daylight in the presence of the Rev. Lord; Smagge; several servants and neighbours. The house still supposedly stood in 1903, though I believe this to be a mistaken attribution.

Whilst this has all the now-recognised attributes of an adolescent-inspired poltergeist manifestation, it is however now generally believed that this performance (and others like it) was staged to keep the curate away from St. Catherine’s Chapel – where smuggled brandy, hollands and schiedam were stored temporarily against customs searches.

Though the intention here was to divert the curate’s attention from one kind of spirit to another, at that time Canvey residents were superstitious folk who believed in spirit horses which galloped from dusk to midnight, detectable only by their hoofbeats and the slipstream as they passed. Many houses were thought to be haunted, one so badly that it was dismantled and rebuilt in the 1880s.