Visit by a Dutch Journalist

A while ago I was contacted by Pauline, a freelance video journalist who although from the Netherlands is based in London and was very interested in Canvey Island and the Dutch Connection. She told me she had met someone on holiday who was from Canvey and they gave her some insight into the Dutch on Canvey. She was not aware of this at the time. Her interest was piqued and when she got home she looked Canvey up and found our website.

Although she was then busy with other assignments she contacted me and said she was really interested in doing an article about the island and the Dutch connection. She talked about putting the idea to a Dutch paper to see if they would be interested but she had to finish what she was doing first.

I heard nothing for a while until last week when she contacted me again and said a Dutch National paper was interested and she had visited the island to look around and she wanted to come again to meet me and could I put her in touch with some Canvey islanders who knew about the history and would talk to her. But I only had a few days to set it up. 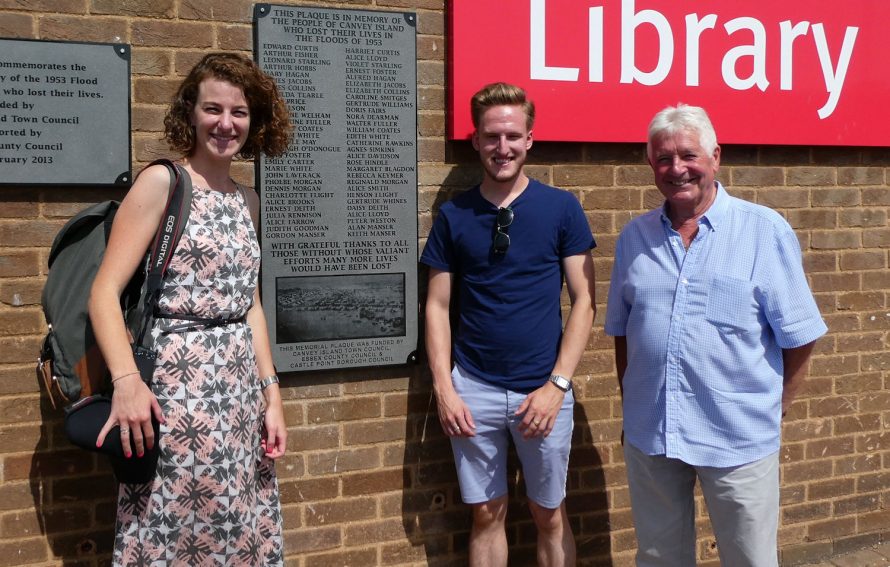 On Tuesday this week I, Rod Bishop and Liam Heatherson met Pauline in the library where we had a very long and interesting discussion. Hopefully she went away with something of interest for her article. I also put her in touch with Gary Foulger who could not attend and my friend in the Netherlands, Nellie Verton, who has done a lot of research for us lately. Pauline rang her yesterday.

The paper she is writing this article for is the AD (Algemeen Dagblad ) which is a Dutch daily newspaper based in Rotterdam. The article should be out about the beginning of September.