Chapter 20 – The Decline of Dutch Influence.

The little Dutch community on Canvey could subscribe only £14 per annum towards the minister’s living, this being supplemented to £ 26 by the London Dutch Church. Once posted to Canvey, ministers had great difficulty in obtaining better positions later as they were assumed to be inferior. From 1663 to 1681 Dom Justijnus Smetius (1) stayed throughout this troubled period. Nicholas Steenis was elected minister in 1682, the elders at that time being Joores de Schilder and Cornelius Classens (2). The following year Steenis performed the marriage of Joanis Smaag to a lady identified only as ‘Janeke’. Smaag’s house supposedly survived to Victorian times (though in fact it looked suspiciously Victorian). Minister Dom Gerard de Golsrein was elected in 1702 when the elder was Peter van Belle (3), son of the previous Peter and owner of land in the North Benfleet parish area of Canvey.

1703 saw the expulsion from the church of Dom Emilius von Cuilenborg (4) by the London Dutch Church after acute dissension and unhappiness of the congregation and (as a sad postscipt to the ‘Dutch Period’ on Canvey), in the following year Anne Catherine van Rontaen, relict of Cuilenburgh, had him buried at South Benfleet as was the custom, for he, ‘wounded to the soul by oppression, pain, and calumny’, had ‘given up the ghost’. She then had to apply for a pension as she had no means of support after his death.

Britain thrived after the Civil War and a second spate of building occurred nationwide 1660 – 1770 with attendant extension of enclosures – this time by Acts of Parliament (1700 -1850) rather than local agreements. By 1700 half the available arable land was actually enclosed and another 1.8 million Hectares (6) permitted to be, leaving 2 million Hectares (7) still ‘waste’.

After this time mention of the Dutch on Canvey tends to be very rare, though it is not thought they actually left in any great numbers, but the influence of the Church of England and of English landowners began to predominate. It is rather supposed that many Dutchmen Anglicised their names (8). Furthermore, William Kesterman (9) farmed the now dismantled Roundhouse Farm in 1771. The gentleman who paid for the new English church in 1712, a Mr. Edgar as noted later, was the son of the Mr. Otgaer of the London Dutch Church, patron of the original Dutch Chapel and owner of Chaffleets Farm.

In the records of the Dutch Church for 1721 appears:-

‘John Greenway gave receipt to Mr. Vanbord (resident on Canvey) twelf pound fifteen shillens (7) by the order of the Dutch Church for 51 ackers (8) at five shillens a naker (9) for the uses of the seay walls.’

This Mr. Vanbord is probably the John van de Voord who occupied a small Canvey holding in 1720, and it is presumably a descendant, Abraham Vandervord, who lived in a cottage in Prittlewell in 1839. In 1835 the latter owned the Hall to the east of Lower Town, Southend, in which Manor Courts were held, and he ran a fleet of sailing barges to London. 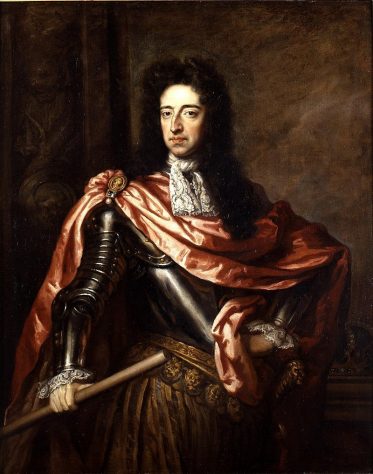 William of Orange, invited by the Opposition, invaded unopposed with his 15,000-strong Dutch army in 1688 and became King of England the following year: the political and religious climates had changed so Dutch refugees could return home, though it is not thought that the Canvey Dutch took much advantage of this. A. Goodrich commented in ‘The Royal Magazine’ of 1899 that, though contemporary Canveyites did not profess to be Dutch, their square heavy features and phlegmatic temperament indicated the remnants of that nation’s influence. The Dutch influence lasted even longer on Foulness, for until 1914 Foulness ladies wore Dutch costume as normal attire.

‘not one half of the inhabitants are natives of the place, but such as from other countries (who settle here for the advantages of good farms, for which I appeal to any impartial inquiry).’

One wonders why he did not specifically mention the land of his own forefathers (the Netherlands) and why he used the plural – were other countries’ ex-pats so well-represented then?

130 years after the near-mutiny during the first Anglo-Dutch War, the Admiralty, as always not having learnt its lesson, suffered the 1797 Mutiny at the Nore (and elsewhere), occasioned by poor pay and worse officers – at a time when the Dutch were harrying our North Sea trade. The Nore mutineers were more intransigent than those at Spithead – 21 ships controlled by the mutineers commanded the Thames from Southend to Sheerness – but not all aboard were sympathisers and some men (and whole ships) attempted to abscond.

Thus Goldspring Thompson (1778-1875), resident of Leigh, had been press-ganged and was aboard one of these vessels. He escaped with a companion in a rowing-boat but was pursued by a faster 6-man boat so had to leap into the river, whose tide took him to Canvey. He hid himself in a wheatfield for three days and lived on raw corn and drank ditch-water (at that time the residents also did the latter, when fresh water ferried over in the Canvey boat had run out, but it was hardly to be recommended – visitors died from it). His final escape was to a sympathetic Barking fishing-vessel.

A ‘Dutch family’ dressed in their national costume ran a stall in Hester’s Winter Gardens in the 1900s, but they could have been imported specially, or ‘fake’.