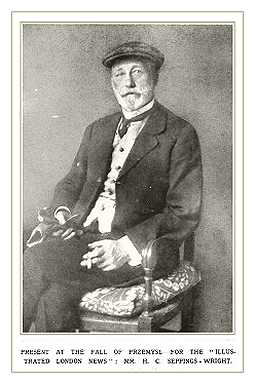 A self portrait of H C Sepping Wright

‘A Warm Corner – Wild Duck Shooting About Canvey Island, In The Thames Estuary’

Henry Charles Sepping Wright, or H C Sepping Wright as he is known in the art world was born in Cornwall in 1850 to Francis H Wright and his wife Martha.

Henry’s father was a vicar and Henry and his siblings were well educated, with a brother a solicitor and sisters were teachers. 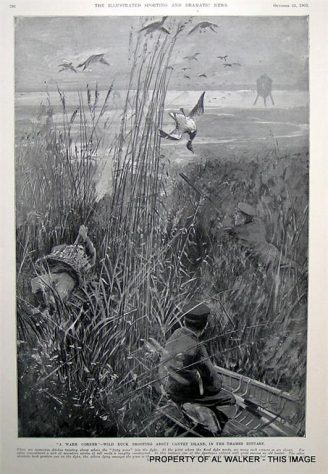 “The Illustrated Sporting & Dramatic News” for October 1903, with a print, drawn by H.C.Seppings Wright, entitled “A Warm Corner – Wild Duck Shooting About Canvey Island, In The Thames Estuary”

In 1891 he is in Potsea with his wife and two children, with his occupation stated as ‘Black and White, and Colour Artist’ but by the 1901 census he was a ‘War Correspondent’.

He is very well known for his paintings of WW1 and his book ‘Two years under the Crescent’.

Sepping Wright’s picture shows life on Canvey at a time before the development of the Island when it was not unusual to have shooting parties.

Is that the Chapman Lighthouse I can see in the background?

Many thanks to Alan Walker for giving us permission to use this picture.