These beautiful paintings by Charles.L.Shayes were kindly contributed to the Archive by George Chambers who took the trouble to photograph the originals that he owns and let us have these excellent copies for publication. 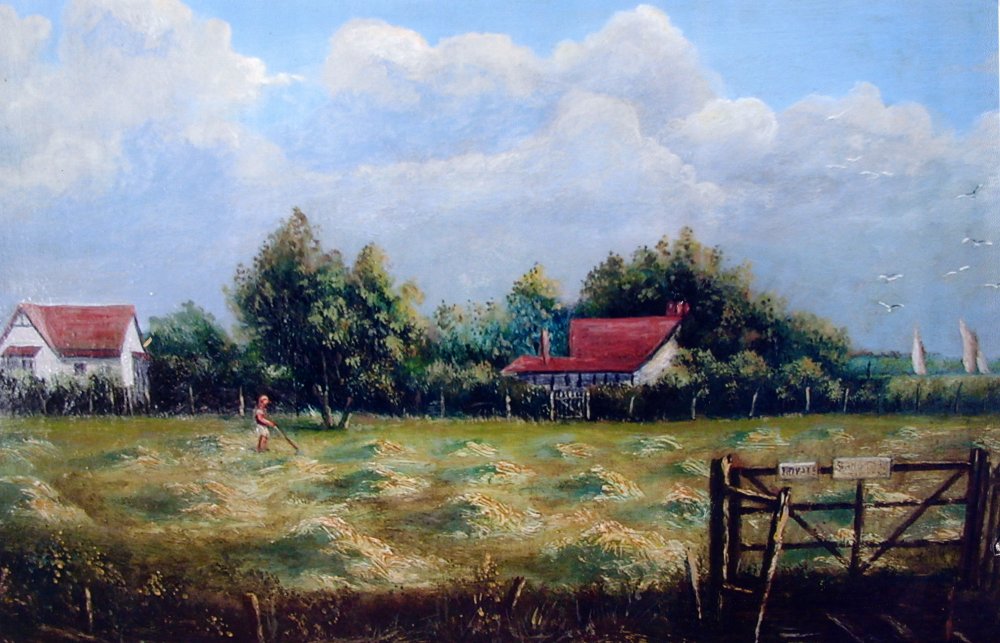 I have a personal interest in the pictures as my late mother (then Kay Porteous) lived in one of the bungalows, ‘Mizpah’ as a teenager with her Mother and three elder siblings. This was for a number of years in the mid-1920s and they were quite possibly there at the time the paintings were done.

Unlike the two oils painted by the same artist already in the Archive Art section which were painted on canvas in a very whistful style these are executed on board and are of a bolder nature both in colour and style. 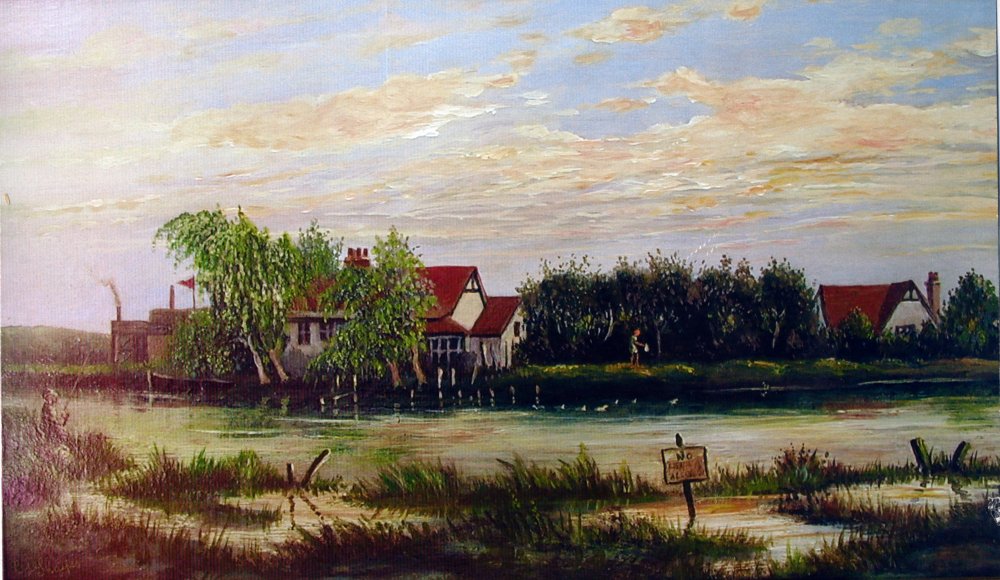 Island Farm looking south, from the north bank of the Lake.

Also of particular interest to Robert Hallman, Dave Bullock and others, in the painting looking south, between the bungalow and the seawall are outlined some building/sheds with two prominent chimneys. Are these the mystery buildings in the photo that Robert submitted a couple of years ago? Dave did suggest at the time that they might be close to Wall Rd. Given a certain amount of artist’s licence this painting seems to prove him right! Certain amount of serendipity for Robert too as the artist is Charlie Shayes whose signature he pointed out to me on the ‘lighthouse’ paintings. Well,we probably now know where they were but what was their purpose? Island Farm was, I believe something of a market-garden operation could they have been boiler-houses? Was implicatio of the upturned boat and fishy business just a red herring!??