You are here: HomenextArtsnextArtnextDudley George - The ArtistnextPaintings by Dudley George 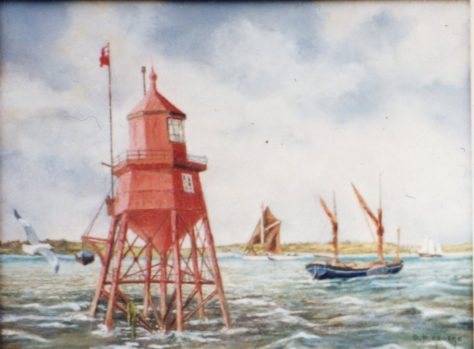 I was thirteen, in 1943, when I began painting, by attending evening classes in Southend. I then joined the Southend Sketch Club. Most of the members were elderly and I made very little progress. Despondency played a large part in admitting defeat, and I put away my paints for many years.

In 19871 was bitten by the art-bug again, and having produced several masterpieces (or so I thought), I borrowed two hundred pounds from my family’s savings to purchase materials, and managed to sell some of my work. Two years passed and the money was paid back plus a sensible profit.

Painting on one’s own is a lonely pastime and I decided to join a local art group, where I remained a member for sixteen years.

I paint whenever time allows, although I seem to have less time than when I was at work. I have, on occasions, offered to help beginners, but despite my wanting no recompense, my offers have not been accepted. Perhaps they think there is a catch? But then again, “ There’s nowt so queer as folk”.
Dudley George. 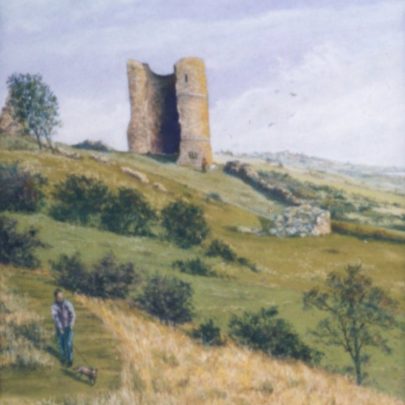 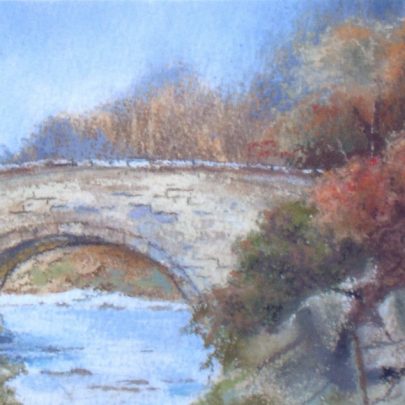 'The Stone Bridge in Autumn' pastels and watercolour
Dudley George 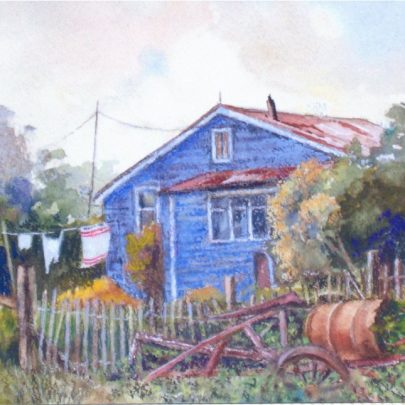 A painting in mixed media (Watercolour and pastel)
Dudley George 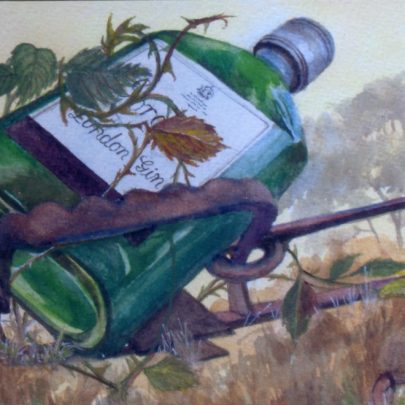