You are here: HomenextArtsnextArtnextGrayson Perry and the Canvey Connection

Grayson Perry and the Canvey Connection

All the way from the Netherlands 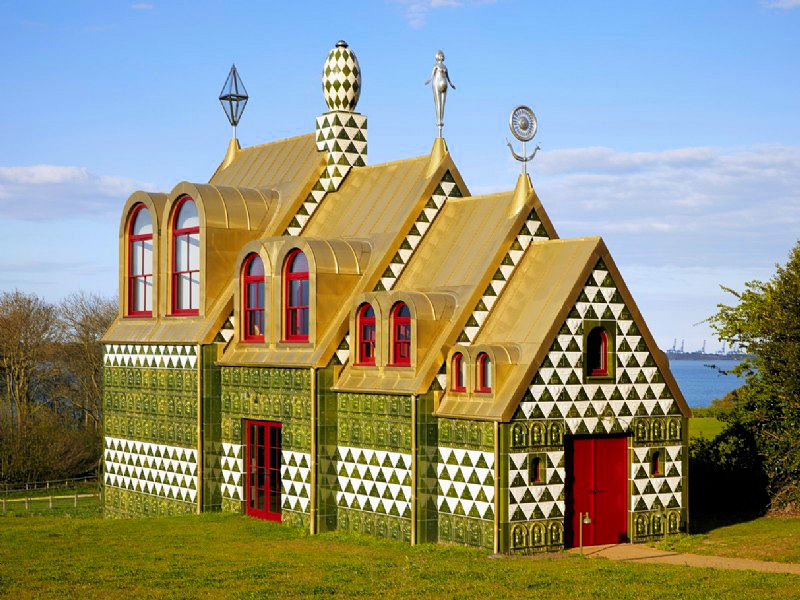 The House for Essex

Our friend, Nellie Verton, in the Netherlands went to the museum in Maastricht and saw the very large exhibition of the works of Grayson Perry. She was amazed to see this tapestry depicting the floods of 1953. She read that Grayson was born in Chelmsford. No sooner home than she was sending copies of her photos to us to see if we had heard of him.

Well yes we had, particularly of the house he built in Wrabness. (see picture right) Which I am sure most of you will have seen on the news.

The ‘House for Essex’ in Wrabness, was inspired by the fictional woman, Julie. According to Grayson’s story she was born on Canvey in 1953, the year of the floods. She goes on to marry a refinery worker with whom she had two children. She later remarried and after her death the man called Rob, commissioned this ornate house in her memory.

This tapestry, ‘The Perfect Match’, seems to be telling part of her story.

Although we do not know what connection Grayson has with Canvey we have been told he has/had family here. Perhaps that is why Canvey is such a big part of this story. 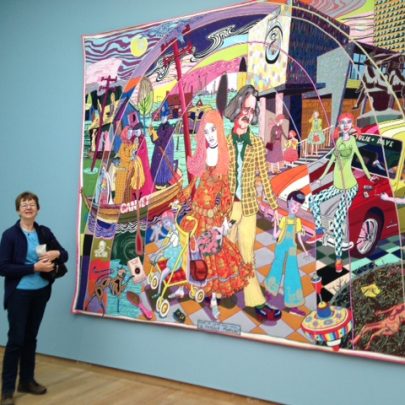 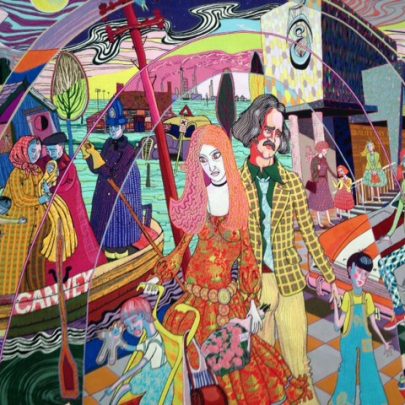 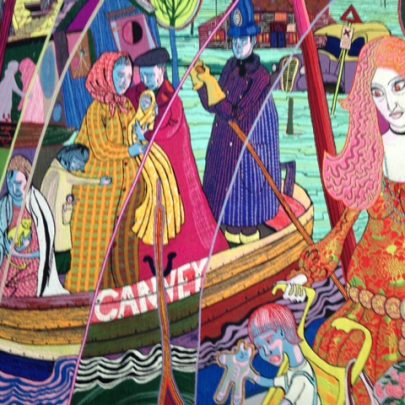 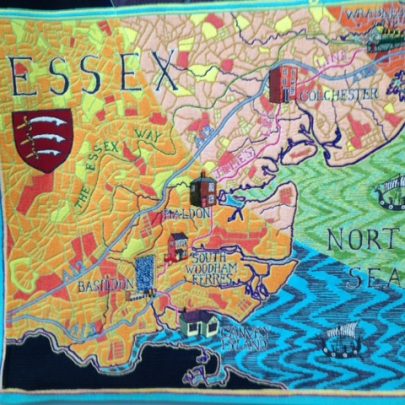