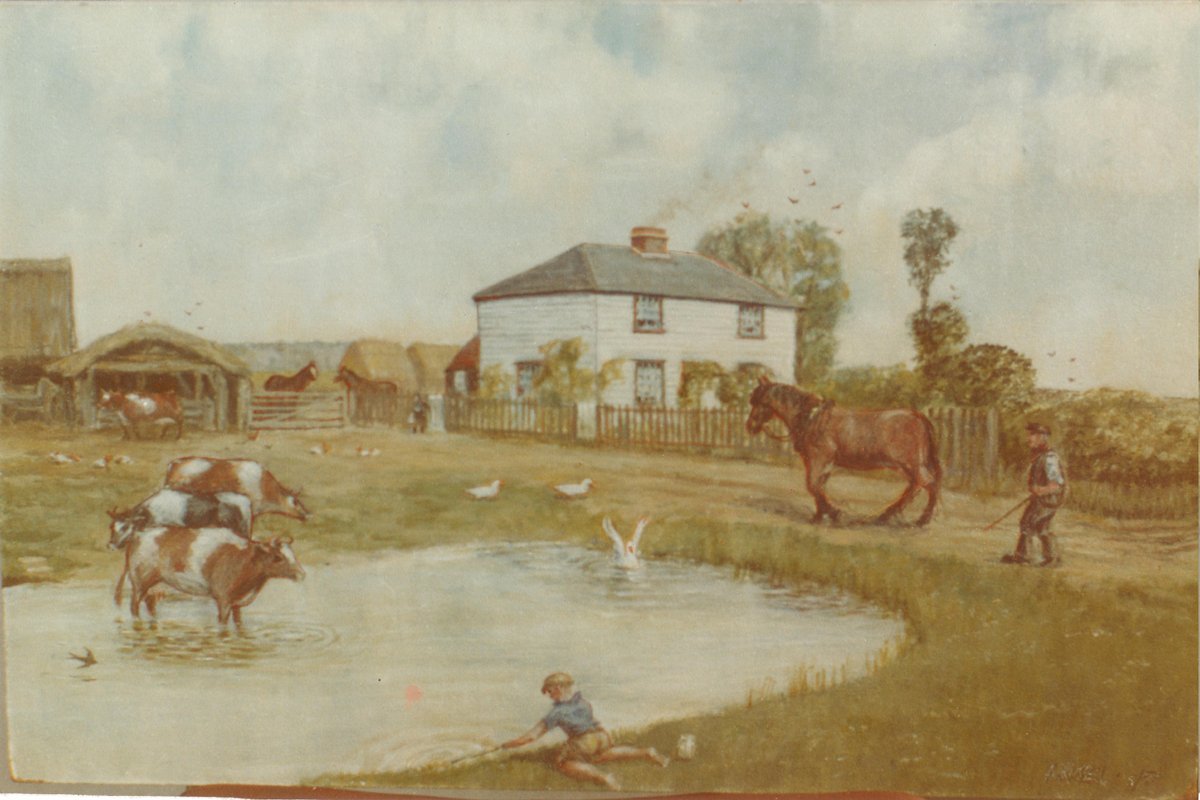 The Oil Painting of Claydon’s Farm, where the eastern edge of ‘the barn’ can be seen on the left of the scene. 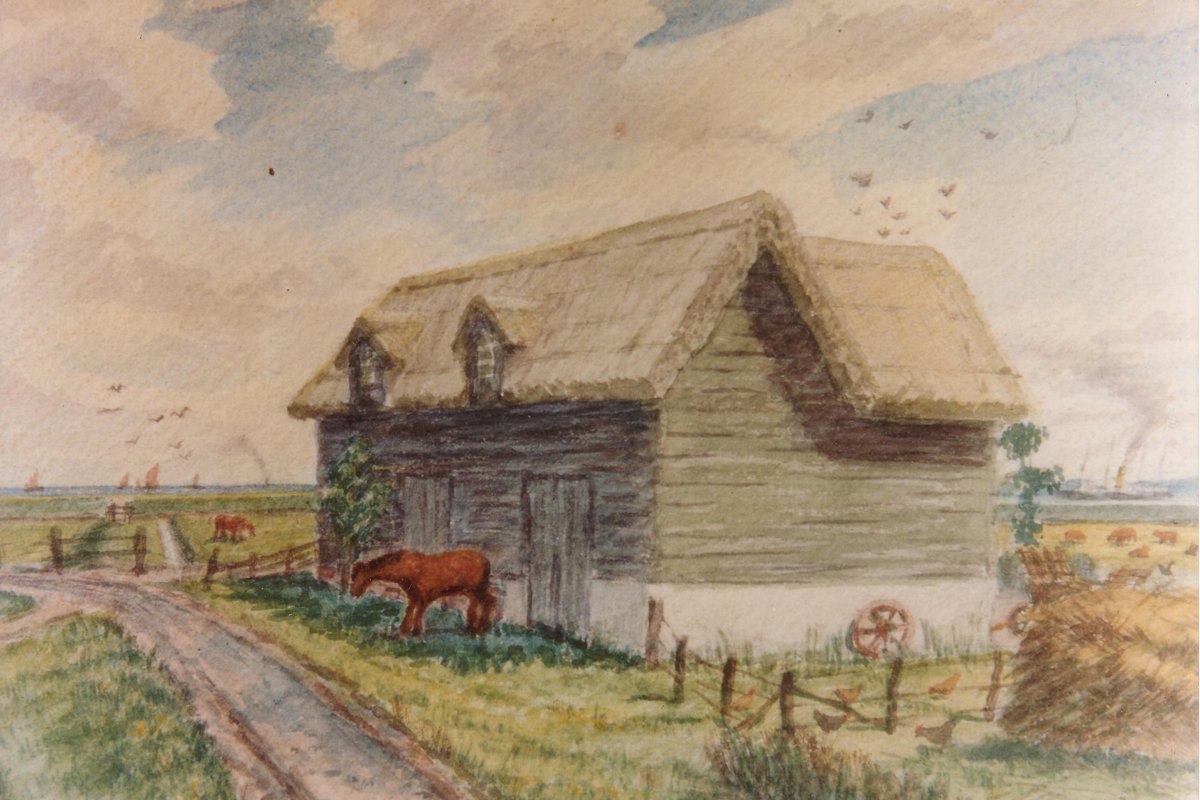 Harry wrote” The picture shows the old barn which stands at the old point bus terminal as it appeared thirty odd years ago As the road was raised about five or six feet above the surrounding land, it was possible at high tide to see the river as depicted.”

Neither building now stands, of course, and Harry left no clue as to the dates of painting or setting. 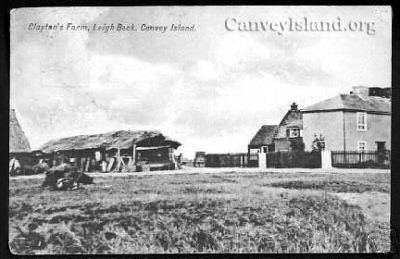