On Tuesday whilst walking the dog in the rain down at the Lobster Smack, I looked over the seawall and saw this cruise ship through the mist. The Azamara Journey is one of the largest ships at 30,277 tonne to navigate the Thames. The ship was on its way to Greenwich where it would stay until the next day. Operated by Azamara Cruises the ship was built in 2000. 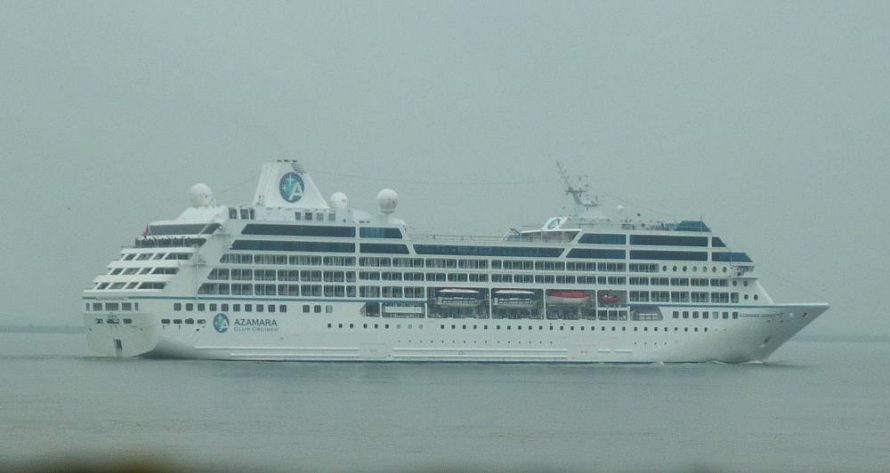 Many large ships have sailed down the Thames over the years and Harry Russell the artist captured some of them. This is his picture of the Royal Yacht Britania painted in 1954 showing the Yacht carrying the Queen back from her World Tour as it passed Canvey on Saturday 15th May. At 5,862 tons the Yacht was much smaller but just as majestic. She was launched on the 16th April 1953 by HM Queen Elizabeth II and commissioned on the 11th January 1954. 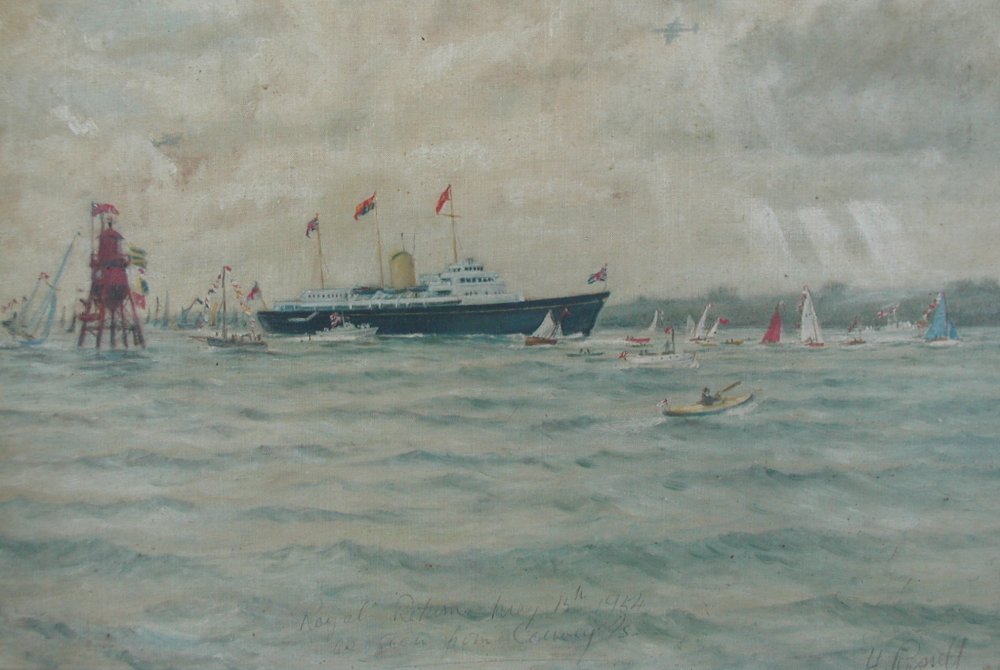 The Royal Yacht Britania returning with the Queen after her World Tour on the 15th May 1954. 5,862 tons

In 1949 Harry captured the SS Orcades passing Canvey. She was launched on the 14th October 1947 . She was 28,164 GRT (tons), her maiden voyage on the 14th December 1948 was from Tilbury Docks, sailing to Australia and New Zealand via Gibraltar, Naples, Port Said, Aden, Colombo, Fremantle, Adelaide, Melbourne, Sydney and Auckland. The Orcades was the first new liner to reach Australia after the war. 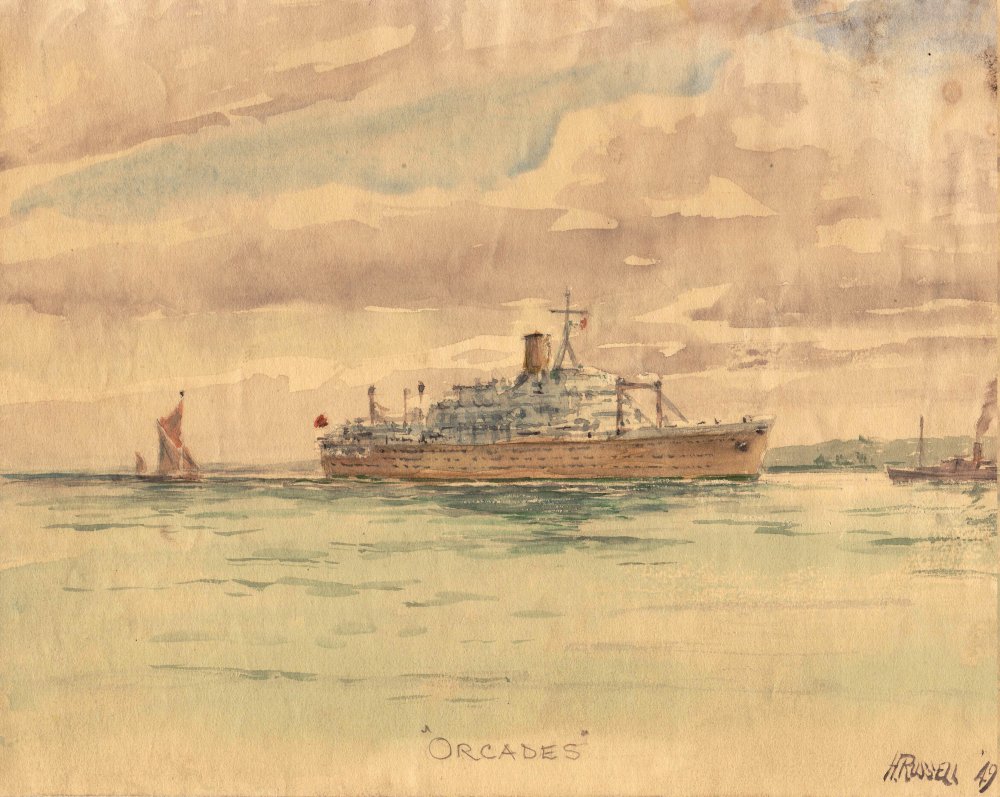