Paintings and words by Harry Russell

This is a reconstruction of a common scene at Thorney Bay, Canvey Island, as it could have appeared in the 20s. The bay then was mostly known as ‘Deadman’s Bay’ owing to the frequency with which the drowned were found hereabout. The ‘Stacky’ barge was quite often seen sailing the river with its 12/15 foot stack of hay or straw for the stables of London and home counties. Canvey was one of the points at which this kind of vessel called regularly for such cargo. The distant view to the right of the picture is now the site of gas and oil complexes, which have of recent years been the subject of much political activity, locally and at top levels. I can elaborate on this scene at length, but in the main, the picture is true to the time. 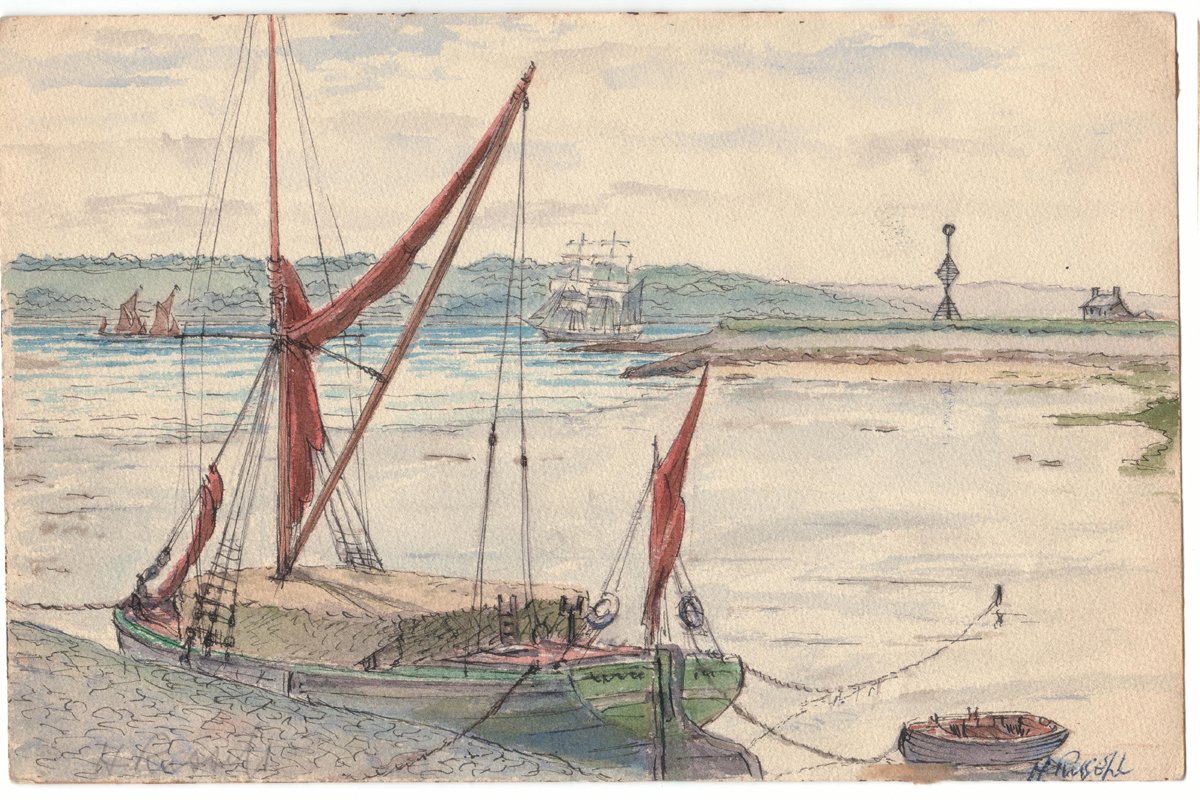 This watercolour is almost, but not quite, the same as the oil painting above.

It appears it could be a trial sketch in watercolour, perhaps done many years before the oil and shows quite a different technique to other watercolours and the oils.

It is interesting that in both paintings you can clearly see ‘The Canvey Lady’ that is featured in a poster by artist Charles Pears and can be seen here.