You are here: HomenextArtsnextArtnextHole Haven and the Estuary

Hole Haven and the Estuary 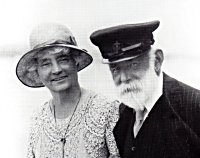 W.L. Wyllie and his wife Marion

W.L.Wyllie  (William Leonard Wyllie) was an artist in oil, watercolour, etching and aquatint of marine and tidal Thames subjects.  W.L.Wyllie was born in London on 5th July 1851, son of William Morrison Wyllie who was also a well known artist and his wife Katherine Benham.  His step brother, Lionel Percy Smythe and son, Lt. Col. Harold Wyllie were also artists.

He married his wife, Marion in Switzerland in 1879 and the family lived in London where their first three sons were born. In 1884 the family moved to Chatham where daughter Eva was born before moving again to Hoo Lodge in Hoo, Kent in 1885. By 1906 the family had moved to Portsmouth by which time they had three more children. He died in 1931 and is buried in Portchester Castle, Hampshire.

He painted many scenes of life on the Thames, including some around Canvey. Along with his wife, who does the narrative he published a book called ‘London to the Nore’ 1905, which contains many of his pictures of the Thames.

Below the first two pictures are of Hole Haven, Canvey Island. 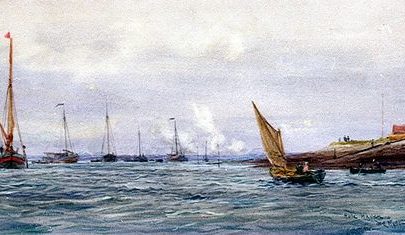 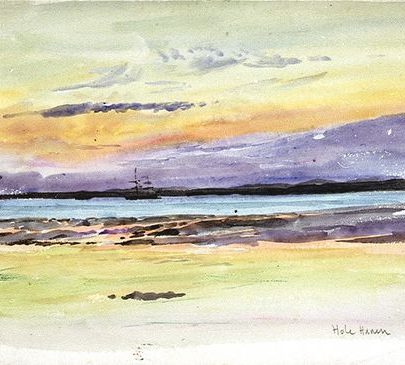 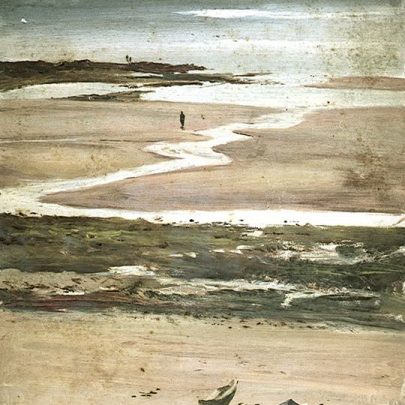 Could this be Canvey?
W L Wyllie 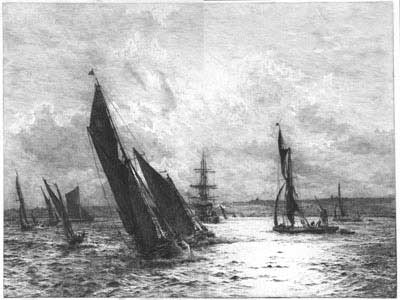 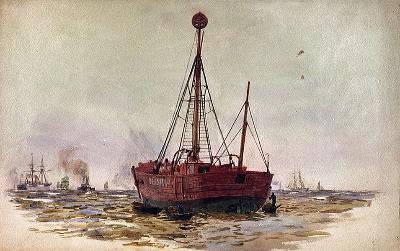 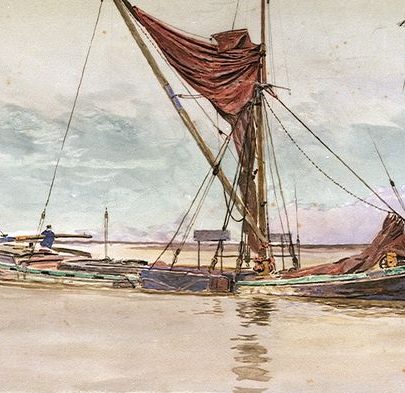 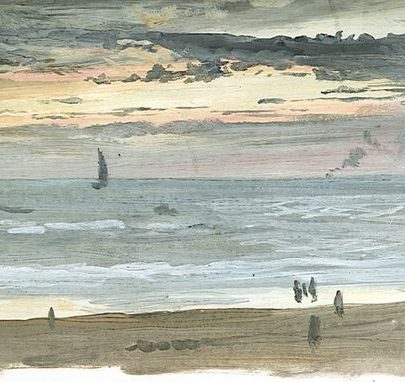 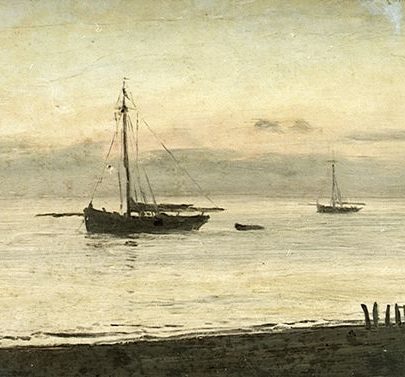 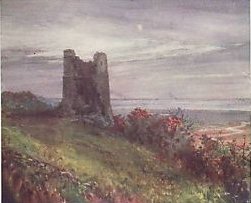 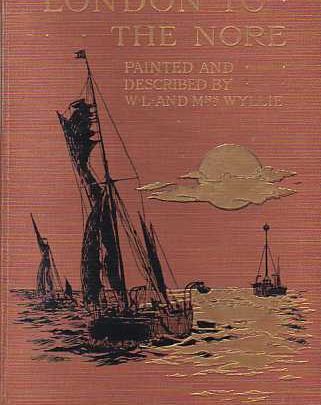 The book 'London to the Nore'
W L and Mrs Wyllie 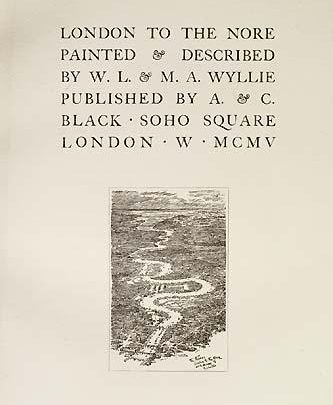 London to the Nore
W L & M A Wyllie 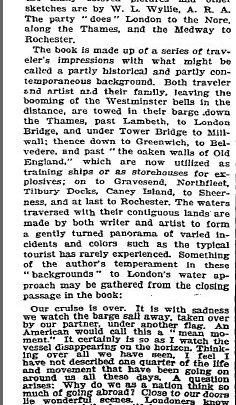