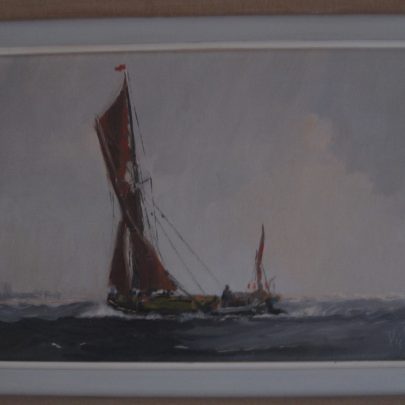 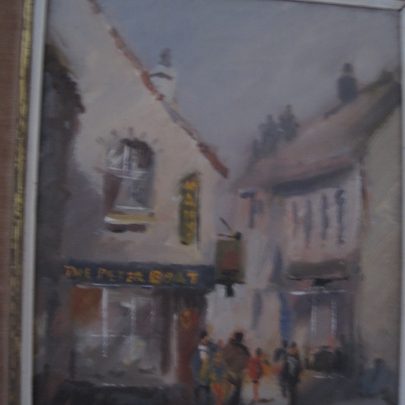 I have two of Vic’s paintings: one a view of The Peterboat pub and some cottages (now demolished) in Old Leigh, painted in 1969 and another of a Thames Barge, which was commissioned by my Mum for my 21st birthday (also 1969).  My friend and I were members of the Leigh Sailing Club and Vic’s studio was just over the railway bridge from there.  We spent many times gazing through the windows at his latest works and I bought her one of his paintings of Thames Barges for her 21st, the same year.

I loved particularly the way he caught the light on the waves and the feeling of movement in his sailing barges.

The paintings I have are both beautiful and of great sentimental value and bring back many happy memories: of my first (late) husband, as we had our wedding reception in the Peter Boat in 1972, of my Mum and of the carefree days when I used to go sailing.