The band entertaining Rod Stewart after they were recruited by Rod’s brother for the event. There’ll be more information to follow concerning the band and its members. Watch this space.

As promised, Graham Stevens has now very kindly provided us with some more information about the band and here it is.

As mentioned in Triangle Part 1 the group was started in the late 70’s/early 80’s as an instrumental/vocal trio. Chris. drums and lead vocal, Big Rog, bass guitar/backing vocal, Little Rog. keyboards/backing vocal. Over the course of time in the 80’s and 90’s there was a gradual change in the line up and by the late 90’s the band was Chris, vocals, Lee Ann Green (joined 1995 and is also my sister-in-law), vocals, Fred Ford (my Ford Pop Duo partner, keyboards and backing discs, Yours Truly, vocals and Lee Ann’s husband Martin operating her backing discs.

These are my personal recollections of the lead up to our gig for Rod Stewart. I have always assumed that Chris was approached by a guy at a function somewhere in West Essex to do a booking for a football club dance and Chris confirms this. No mention of any connection to Rod Stewart!

So on the 12th August 2000 it was an exclusively Canvey group that set out to a football dinner/dance gig for the Vagabond Old Boys Football Club. 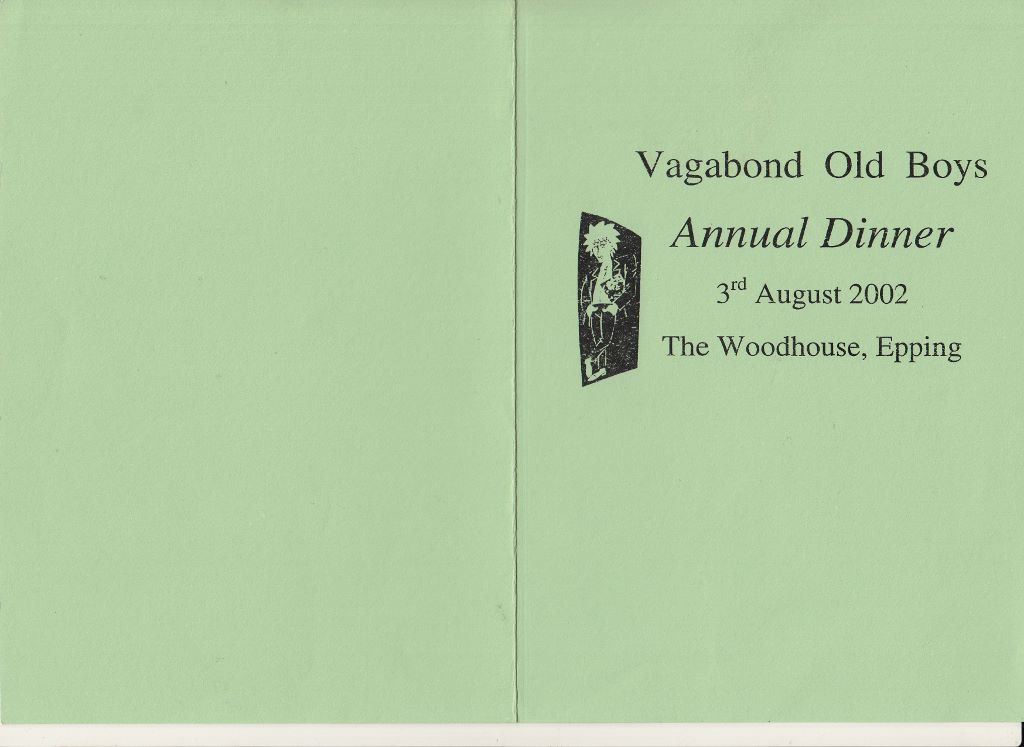 Chris had received detailed instructions faxed to him by whoever it was had made the original enquiry (still no mention of any Rod Stewart connection). Chris duly sent copies to all of us: the venue was the ‘Wood House’ Epping and we had a map to follow after leaving the M25 at the Epping turn-off and involved an unmade lane, code for a security barrier and electric gates controlled by inter-com. As usual I travelled with Fred and the keyboard, Lee Ann and Martin were in their car and Chris brought the rest of the gear in his ‘Mr Wiz’ van. I think at this point Fred and myself had realised this was rather an exclusive gig! Once through the electric gates we emerged onto a gravel track which ran along the edge of an escarpment that looked down into a small valley with a westward view stretching towards the distant buzz of the M25. Well manicured gardens fell away to the valley floor looking glorious in the warm summer evening sunlight. A little further on a building nestled into a small dell: 1930s pseudo Tudor, red brick chimneys and wooden fascias. This was our venue ‘The Wood House’. Fred’s comment summed it up ‘There’s money here, Boy!’ Just ahead our progress was blocked by a Ford Granada. A sandy-haired guy was just taking a suitcase out of the boot, so I got out and politely asked him to move the car, I got a polite grunt in return and then he moved the car. Well, I’m not exactly an avid football fan so I wouldn’t have immediately recognised Gordon Strachan would I? 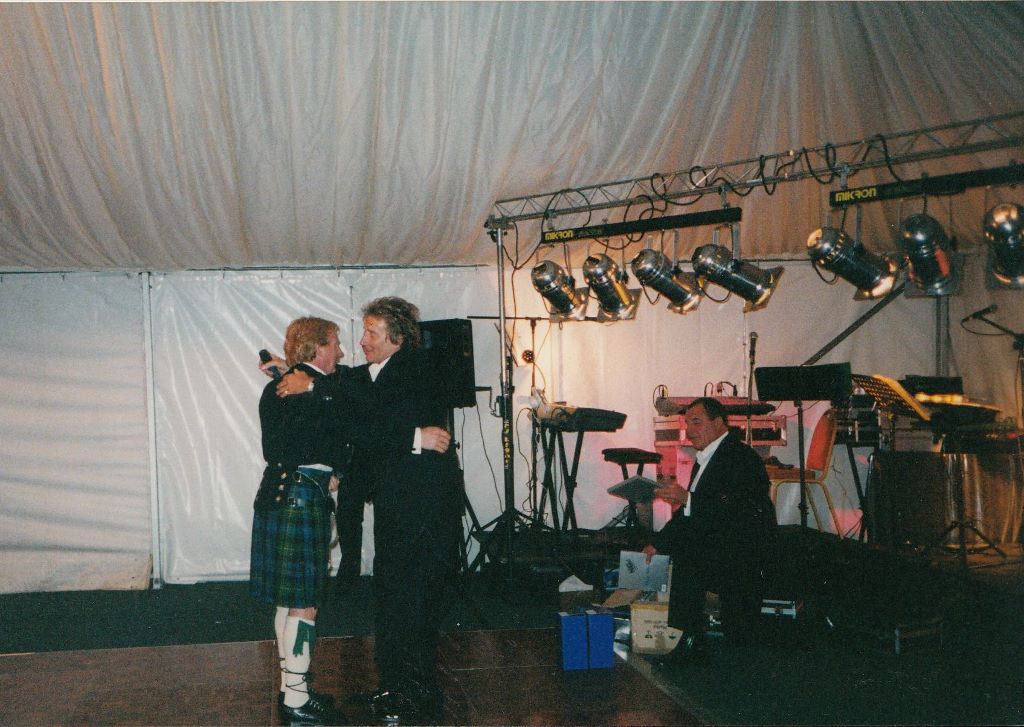 After another few yards a tall guy popped up from somewhere out of the building and came up to the passenger window. He seemed to recognise us. ‘Hi guys, all right? You’re Triangle. I’m Donny, Rod’s brother. Rod Stewart, this is his place!’ Somewhat aghast I said ‘Is he going to be here?’. ‘Yeah, yeah. I’ll show you where to go. You’ll be playing in the marquee on the tennis court’. So we parked up in the courtyard opposite a garage containing a red Ferrari and a yellow Lamborghini and carried our stuff into the marquee which was set up on a small plateau still somewhat above the bottom of the valley and we got a glimpse of a well-kept football pitch down there. I’m thinking this is a bit surreal!

Lee Ann and Martin arrived and were obviously a bit surprised when I told them this was a gig for Rod Stewart. I think Lee Ann was a bit nervous. When Chris arrived he was also surprised but his reaction was a little more blase (he had done gigs for and mingled with celebs before!). Anyway we went through our usual musical routine – laid back stuff while the meal was in progress and then a dance set with mainly up-beat Rock’n’Pop.

Here are some of my flashbacks of the evening. 1. Rod coming down the steps to the marquee resplendent in white/blue pin-striped blazer, dark slacks (I can’t remember whether he was wearing a boater). On his arm Penny Lancaster in a short white dress and accompanying them was Bradley Walsh, dressed for the Tropics in a cream cotton suit and loafers with no socks. Bradley, team member and Rod’s mate, was compere for the evening. 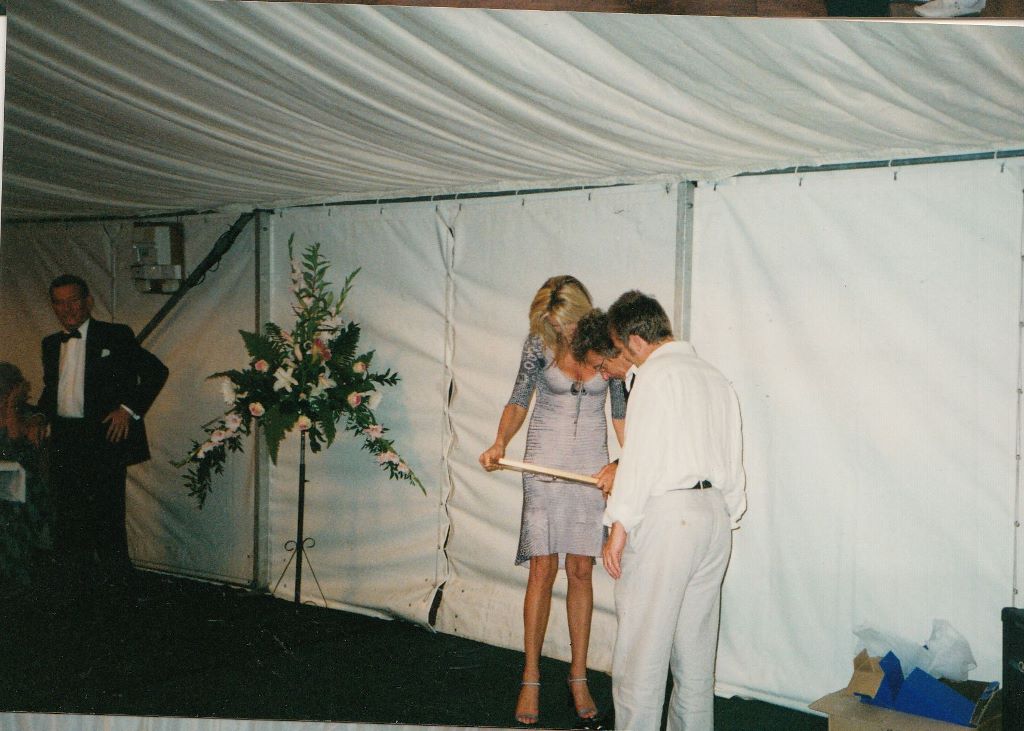 Penny Lancaster and Bradley Walsh presenting Rod with a plaque about Dennis Law, Rod’s hero. He was moved to tears.

2. Being applauded by Rod after several songs (for ‘encouragement’ he said). 3. Being on the low stage and singing with Rod Stewart jigging around to the music at the back of the marquee. Most bizarre! Contrary to Ronnie Wood’s quote that Rod is ‘as tight as two coats of paint’ he was generous enough to pay quite a bit extra for us to play on for an extra hour.

Amazing night! That was August 2000 but, there’s more to follow! 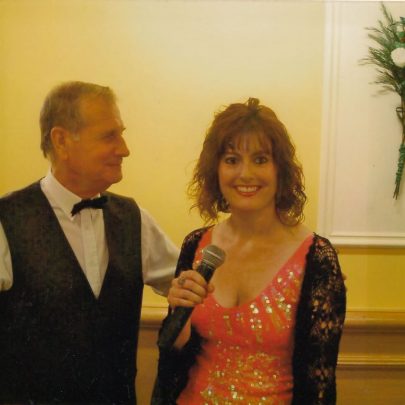 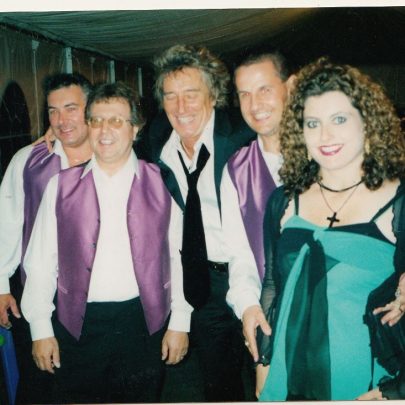 Band members (excluding GrahamStevens, who had got himself locked in the loo!) at their second gig for Rod Stewart in the marquee set up in Rod's garden in Epping.
Lee-Ann Green 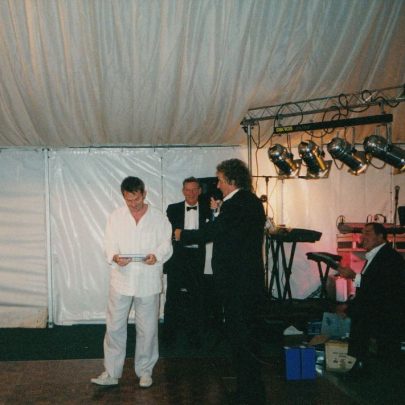 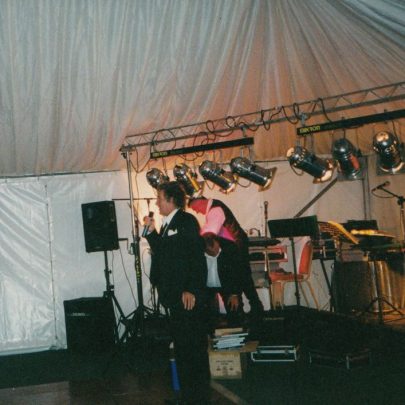 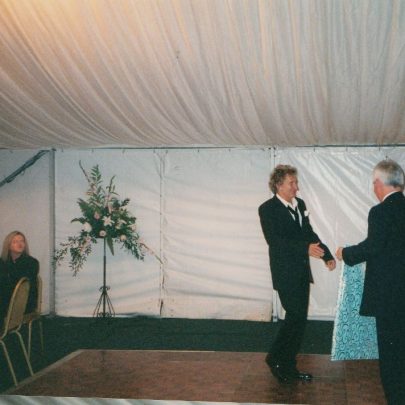 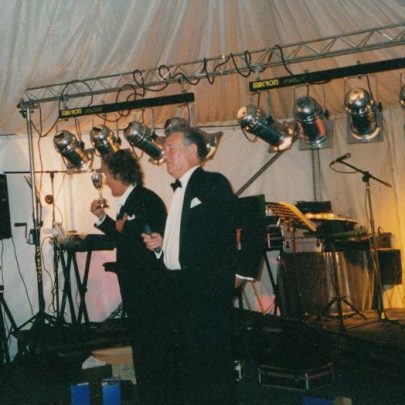 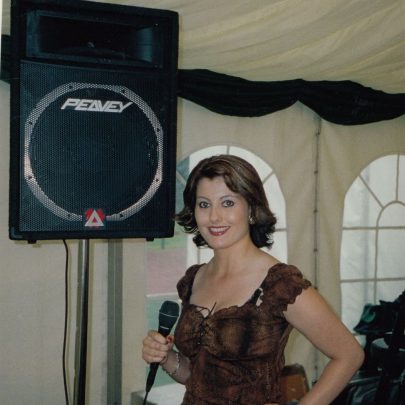 Lee-Ann pictured during her five and a half hour gig for Rod.
Lee-Ann Green 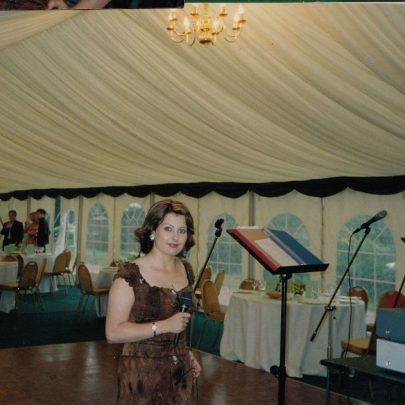 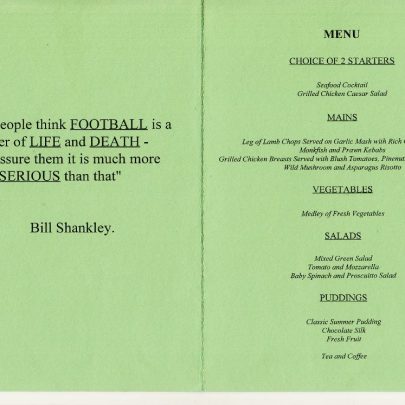