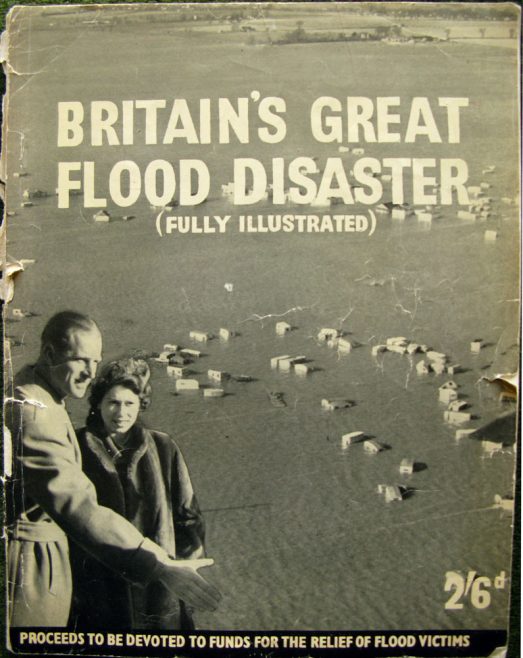 Early on the morning of February 1st, 1953, began one of the greatest flood disasters Britain has ever known.  In the cold, dispassionate words of the weather experts, a fast moving belt of low pressure followed by a vast area of high pressure atmosphere coincided with the full moon tides.

But the harsh reality behind these few words rendered 30,000 people homeless, caused the deaths of hundreds, damaged millions of pounds worth of property and wrote a Black Sunday in the annals of history.

On Saturday the atmospheric depression was the centre of raging gales, wind gusts were whipping the sea into towering waves and the storm centre was raging down the North Sea along the East Coast of England.

Gale warnings were being issued by the BBC. But so frequent are such warnings in these windswept islands that they gave little cause for alarm to those warm and safe on shore.

The first real link of the pending disaster came on Saturday afternoon when the motor-vessel  ’Princess Victoria’, making her regular Stranraer-Larne crossing, foundered five miles off the coast of Ireland after drifting for hours helpless in the grip of a hurricane…………………………………..

Yet still the unusual strength and danger of the sea was not recognised. Shocked by the disaster of the ‘Princess Victoria’, 30,000 people retired that night little knowing that before many hours were past they themselves would be receiving the brunt of the biggest flood-tide in living memory. A tide that at all places along the East Coast would be six feet or more above its expected level. A tide that breached the sea walls in hundreds of places, flooded 250,000 acres of fertile soil with sea water and wreaked extensive damage to inshore fishing vessels, harbours and shore establishments……………………….

One of the greatest suffers from the sea invasion was Canvey Island. At 1.30 am the sea wall gave way at Tewkes Creek and within a few hours nine other serious breaches had been made. Within a matter of minutes many bungalows and chalets were completely submerged and many inhabitants were inescapably trapped. Immediately the Army, Police, Ambulance, Fire Brigade and bus services went into action with the Red Cross and fishermen to evacuate the inhabitants of the island.

Three tidal waves swept over the island but the rescuers doggedly continued with their work, devoting themselves to saving the living, rescuing people from rooftops with rowing boats, wading through water with children in their arms, transporting the cold and shivering victims to centres where they could be given hot meals and warmth.

At nightfall, by superhuman effort, 10,000 people had been evacuated from the island.

But reports were grim. Late at night rescuers were still searching for more than 600 people. The dead were floating in canals that had once been streets and were swept along and caught up in tree branches. Some people were killed as the weight and power of the surging waters caused the houses to collapse.

Yet such is the tenacity of the British people, more than a thousand refused to leave their flood-surrounded homes, a on Tuesday, forty eight hours after the disaster, the police were compelled to seal off the island to prevent people returning to still flooded and dangerous homes………………………

At Benfleet a newly built school was thrown open to refugees. Local shopkeepers gave freely from their stores without thought of payment and volunteers worked hard to prepare hot food for the long queue of cold, wet and hungry flood victims……………………….. 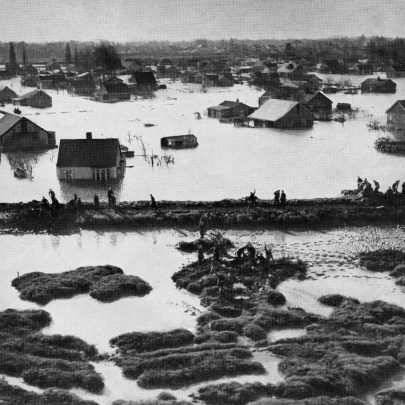 This picture taken from a special plane, shows the scene of devastation at Canvey Island 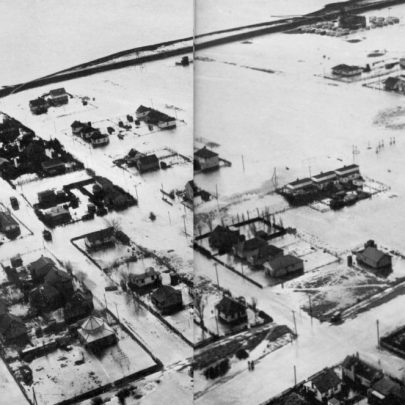 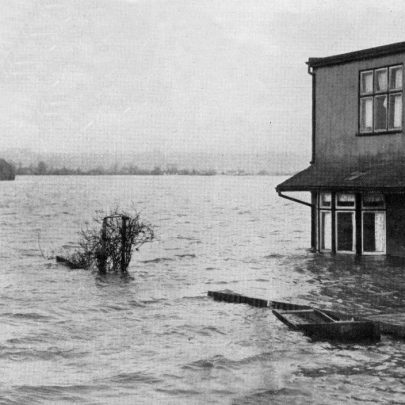 A rescue worker, thigh deep in water, hails a house on Canvey Island in a check-up on residents who might be marooned by the floods 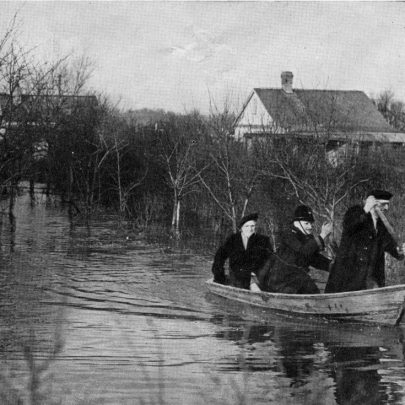 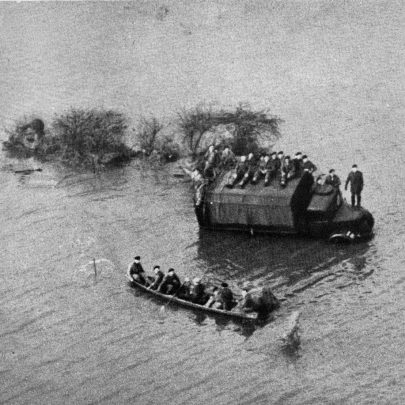 The Army marooned on their lorry in the Thames Estuary. It was an hour before help came. 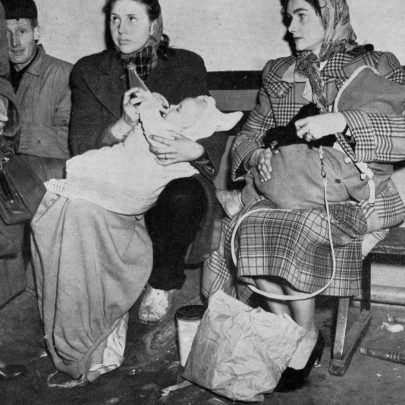 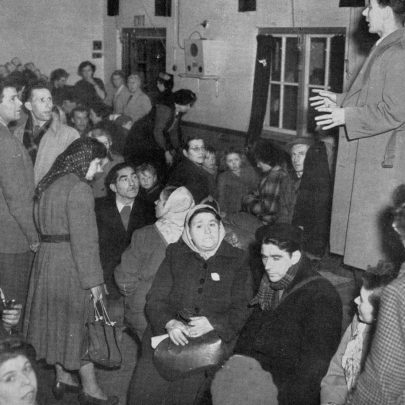 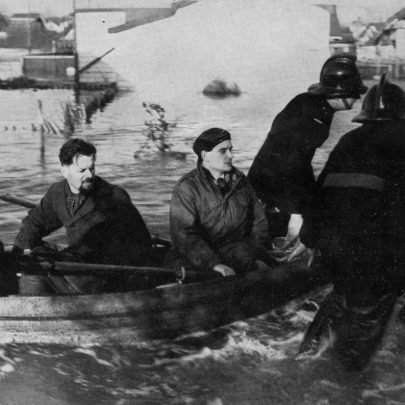 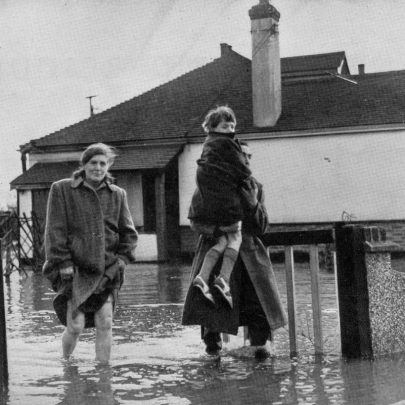 A man and a barefoot woman with a child make their way through flood waters to saftey on Canvey Island, leaving their home under 2 feet of muddy water 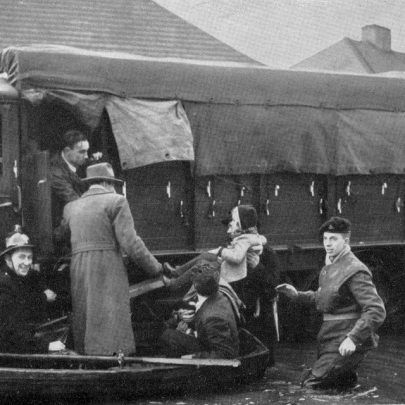 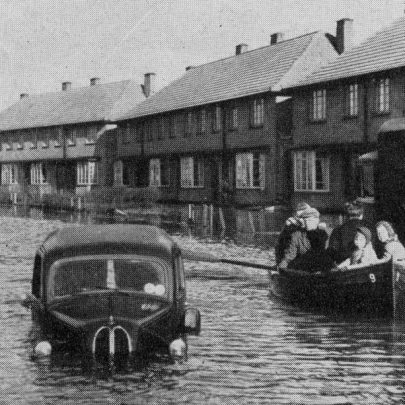 The Avenue, a boat load of rescued people pass between a stranded lorry and van 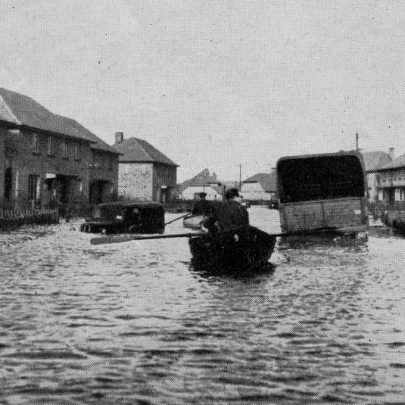 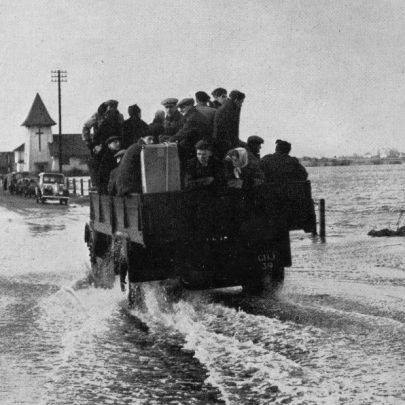 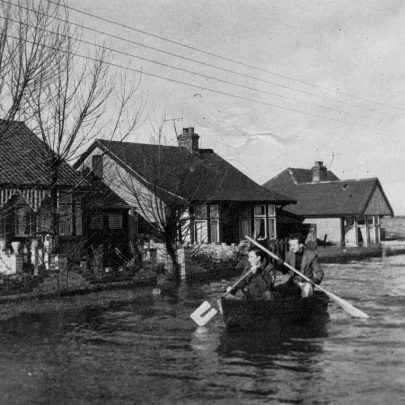 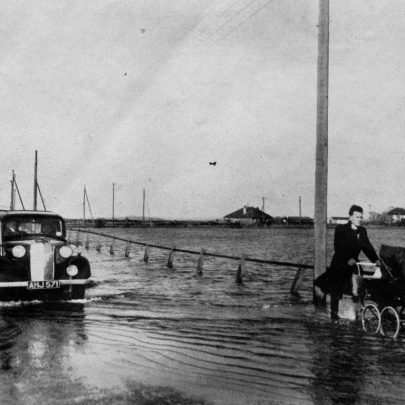 A resident wheels all his remaining belongings in a pram along the flooded High Road at Canvey Island. Many people escaped with only the drenched clothes they stood up in 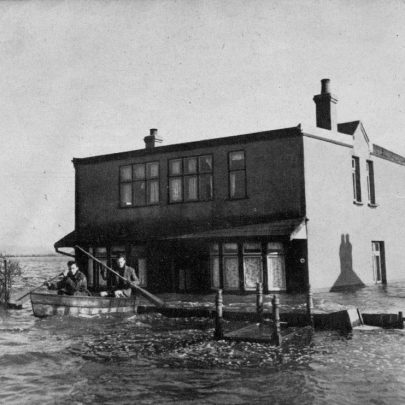 Rescuers continue to search for possible stranded victims at Canvey Island. Here the table floating on its back outside the bungalow is a pathetic reminder that millions of pounds' worth of damage was done by the rising water