You are here: HomenextHistorynextAll Your Memoriesnext1950s and beyondnextFrom London Kid to Essex Boy - Canvey Island 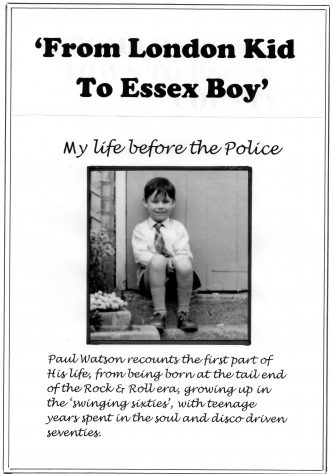 An excerpt from Paul Watson’s book

Sometime in the middle of 1968, my family was on the move again, this time out of East London and into South East Essex, to a caravan site on Canvey Island called ‘Thorney Bay’. The adult complexities of how and why my parents choose a caravan as our next Home, are now deep rooted in the past and without either of my parents still around to ask, I am left guessing as to the answers to those questions may be.

I imagine they chose a caravan as it was a relatively cheap temporary accommodation, easy enough to source in a ‘seaside town’ – Canvey actually having two sites, Thorney Bay being the smaller compared to the larger which back then was called Newlands (later known as Kings) – and my parents likely having had enough of ‘squeezing’ in and ‘making do’ with relatives, which we had done for several weeks after leaving Devon. I also suspect that a caravan suited their needs in terms of them not knowing how long we might need the accommodation for and not being tied into some fixed term contract, as they would have been had they rented a house or a flat. 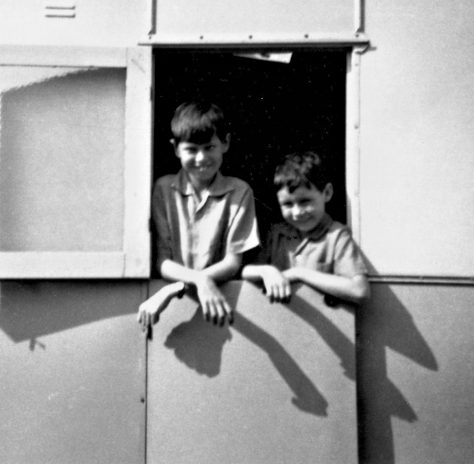 Paul and his brother at their caravan at Thorney Bay

The caravan my parents rented at Thorney Bay was to my recollection an older style, with rounded ends, no toilet or washing facilities of its own and quite small. I recall a ‘washing block’ on the site with toilets and wash rooms, where my mother probably did all our clothes washing whilst we were there too. As far as I can recall, my father disappeared most days, he was probably searching the area for both work and a place for us to live – it must have been a challenging time for them both.

My older brother and I did not go to school all of the time we were staying on Canvey, it was just another adventure and we spent our days ‘bumbling’ about the place, exploring, crossing old rickety wooden short-cut walkways across the Canvey ‘mud’ and hanging about the seafront amusements – ‘nudging’ the odd gaming machine, to see if any loose pennies, old Sterling currency then, might drop into the returns tray, so that we could ‘play’ them. Even though money was probably tight, I cannot recall one day during that time on Canvey Island, when my brother and I got bored.

I have a recollection that much of the time we spent living in that caravan on Canvey, was during the school summer holiday, as I do not recall any pressures on my parents to register my brother and I with a local school and/or needing to attend. Either that or my parents may have alternately instructed us to ‘keep out of sight’, in case any Truancy Officer to see us – like as happened in East Ham, only a couple of weeks before.

I have a vague recollection of the odd journey to and from ‘The Island’ in my fathers van, which in those days was across an old rickety wooden road bridge – the only was on and off the Island then – across the narrow Benfleet Creek. The bridge I recall shook and rattled as we passed over it and I recall having a real fear, that one day that bridge would collapse whilst we were travelling across it!

After a number of weeks living in relatively cramp conditions in that caravan, we moved again, this time to a rented shop and the flat above, at 823 London Road, Westcliff on Sea – directly opposite Chalkwell Park.