You are here: HomenextArtsnextLiteraturenextBooksnextNon-FictionnextSalt Marsh & Mud and Mudlarking

Nick Ardley currently lives in Hadleigh but he lived for 25 years at a house on the island along Lakeside Path. He has been a member of the island yacht clubs for over 30 years. He says:- 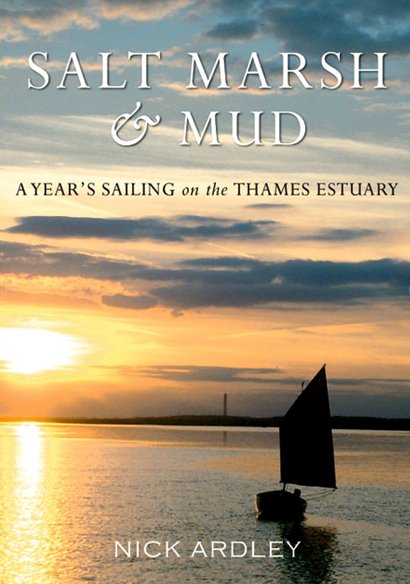 Salt Marsh and Mud – A Year’s Sailing on the Thames Estuary is a compilation of interlinked stories about cruising around the lower Thames, Swale and River Medway. The area has been very much overlooked in the yachting literary world – even derided – yet it is a fantastic cruising destination, full of history, wildlife and seemingly remote anchorages, far from the madding crowd.

The stories are about a skipper and his mate, reminiscing and bringing to life the often barren and empty marshland landscape: the history, often unseen but laying close to the surface, is entwined with accounts of what can be seen while drifting by. Old ports, often many miles up muddy creeks, are visited. Dilapidated wharves are met, with ghosts of the past lingering on, some with new life oozing from them. The stories range from the end of a December to the next December, seeing out a complete year afloat. 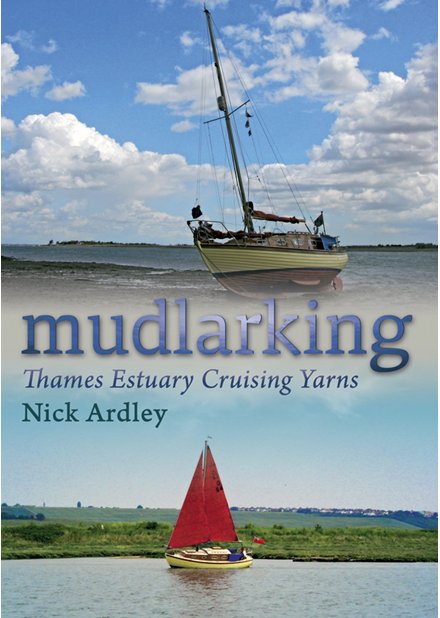 Mudlarking- Thames Estuary Cruising Yarns. In this charming sequel to the successful local best-seller Salt Marsh & Mud, the skipper and his mate meander gently around the coastline of East Anglia, exploring the marshland from North Kent to Suffolk in their tan-sailed, wooden clinker sloop, Whimbrel. Whether sitting with a cup of tea while gazing out over a peaceful waterway or sailing up between London’s impressive buildings, they take the time to look around them and to appreciate the sights, sounds and stories that abound. Nick Ardley lovingly weaves his yarns of traditional sailing with his own reminiscences and detailed knowledge of the places and waterways that they encounter. The numerous rivers and creeks that indent the Thames archipelago hide a wealth of history and nature; this captivating book uncovers a few of these secrets and brings them to life.