You are here: HomenextArtsnextLiteraturenextBooksnextNon-FictionnextThe Thames and its Story

The Thames and its Story 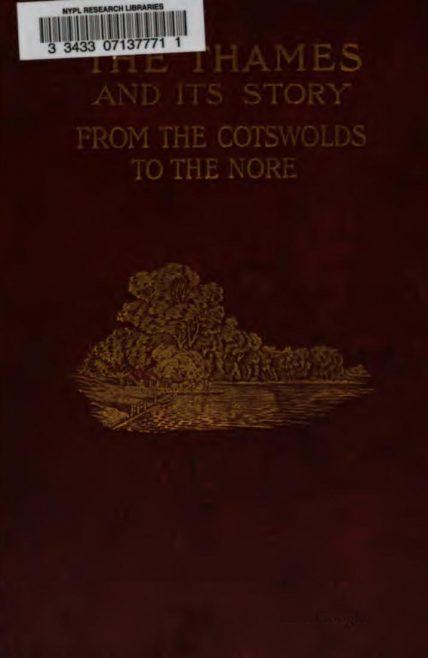 There are many men in London who count Benfleet Station as the entrance to Paradise; and it is a pleasant sight to see the shooters dispersing on a brisk, frosty morning. Below Canvey Island, and over the immense flats of that dismal place, the heaviest bags can be made with a big duck-gun. Most of the yachts on the river have a punt with the orthodox engine of destruction attached. There is something murderous and commercial about the duck-gun. To get up to a flock of birds needs a certain cunning and skill, which almost rise to the dignity of a fine art, and the ex­citement is amongst the keenest forms of pleasure that sport can give; but when the black, screaming flock has risen, and the boom of the huge gun has sent the echoes flying, then the sight of destruction, struggling, and suffering is apt to pain the sentimentalist. An hour’s wander with a small gun—an hour that will bring its couple of brace of birds—offers the more artistic form of sport.

The shooting country is hardly broken between Benfleet and the Blackwater. Everywhere the eye travels over dark ditches, speckled flats, and stray groups of birds. At times the ground seems to be covered by a struggling army, whereof the squadrons perform strange evolutions. Then the wary gunner, watching with his glass from afar off, knows that the troops are on the feed, and takes his measures accordingly……….

At Yantlet Creek, one of the many which intersect this district, we reach the boundary of the authority of the Thames Conservancy, which extends from this point to little Cricklade in far away Wiltshire.

Canvey Island, on the other side of the estuary, is a place of great interest. At high tide a boat will travel easily up to the sea-wall, which rears itself like a strong fortification at the innermost edge of the saltings. The wall is overgrown with sea-weed, and the very steps by which one gains the Coastguard Station are slippery with sea-grass. Inside the wall the stretch of the island lies, as it were, in a great basin. Corn waves, bright meadows shine in the summer, and marshy streams creep slowly into the channels that cut the weird place away from the mainland. A wild and forbidding place is Canvey Island. The strong sea-wall is gruesome with its shaggy wreaths of trailing weed. The inner side is well covered with coarse grass, and from thence away to the northward a flat of somewhat repulsive aspect runs as far as Benfleet. The island has a peculiar population. The coastguards’ hamlet lies close to the wall, and the men are ordinary sailors; but in the villages of Canvey, Knightswick, Panhole, and Lovis there is a scant popu­lation of people who have their own ways, their own traditions, and their own methods of regarding a stranger. They are singularly hospitable, for free­handed sportsmen find the island a happy hunting ground, and the people expect and give kindness. The one little inn by the coastguard station is, perhaps, the quaintest in all Essex. Memories of smugglers, of des­perate water thieves, of old collier sailors seem to hang about its low walls. No one need expect comfort there, but the keeper purveys for all comers with a rude hospi­tality which is amusing. On the Fobbing side of the island the ditches are very deep, and the sides soft and treacherous. Once a bird is shot there it is very difficult to recover it. All the dogs kept on the island have a singularly business-like air, but no one would care to let a valuable dog follow his game down these steep, gluey, ramparts. To the east however, the saltings stretch far towards Canvey Point; and it is not only safe, but abso­lutely pleasant to walk over them before the tide creeps through the rough herbage. 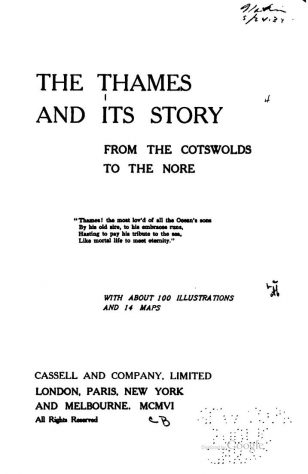 Hardly a shore-bird known in the British Islands fails to visit Canvey. Looking through a telescope from Benfleet Station, it is easy to pick out the flocks as they consort in their different communities, and squat among the mud, or pick their way carefully through the twining grass. At one time, on a frosty morning, it is possible to see dotterels, plovers, redshanks, gulls, and pipers, all busy on the eastern flats; while to the west the cunning curlews dodge on the slippery banks of the Fobbing ditches.  The foreshore is perfectly free to strangers; although one proprietor in the island once ventured to dispute the fact. A private grant of the shore was made two hundred years ago, and below the sea-wall no visitor can be considered as a trespasser, while a boat may bring up anywhere in the channel.