You are here: HomenextArtsnextLiteraturenextBrochures and LeafletsnextBrochuresnextA Cruise Round CanveynextSome Notes on the History of Canvey Island

Some Notes on the History of Canvey Island 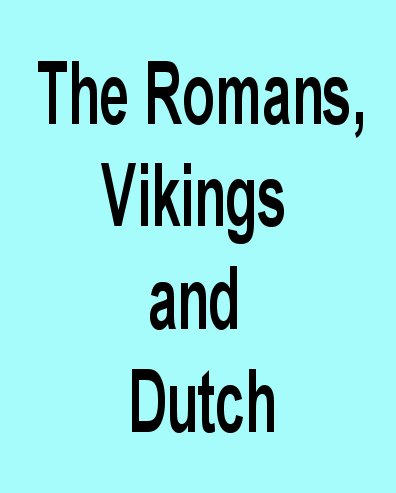 There is evidence that the Romans, during their occupation of Britain, reclaimed much of Canvey Island. Remains of Roman cinerary interment have been discovered, consisting of shards and Roman pottery of the 4th Century.

It is conjectured that the Danes made the Island a headquarters for their predatory raids into Essex and Kent, and a notorious Viking, named Hoesten, built a castle at Benfleet, which was destroyed by King Alfred the Great in 894. Canvey Island was still held by the Danes at the time of the Norman Conquest of England.

In the 16th Century the Island was used largely as a pasturage for cattle and sheep, providing most nourishing and healthy grazing, which improved the herds to a remarkable degree, and it is recorded that the ewes were milked and butter and cheese made from their milk, quite a considerable trade being carried on in those almost unique commodities. These sheep are noted as being of “Exceeding greate size ” and “fatte tailed.” An annual fair was held on the 25 th June, probably first established in connection with Canvey’s cheese and wool industry, but after­wards becoming a toy fair.

Early in the 17th Century, the well-known Dutch engineer Cornelius Vermuyden, acting for an enter­prising Dutchman, by name Joas Croppenburgh, “inned ” and reclaimed Canvey Island and built a sea wall around it, and the dykes and ditches to this day-carry out the effective draining and reclamation of the land.

In 1628, two hundred Dutchmen, then resident on Canvey Island, petitioned the King to allow them to worship in their own language.   The prayer was granted, and they built a timber chapel which curiously enough, was burned down by the Dutch fleet in its raid up the Thames in 1667. Another was built for service according to the rites of the Church of England, and was consecrated in 1712 and dedicated to St. Katherine. This has been several times rebuilt, the present edifice retaining the old dedication, and is now the Parish Church of St. Katherine, in Canvey Village.

The licence of “The Old Lobster Smack Inn,” at Hole Haven, dates back to 1563, and English oak beams and logs still stoutly support the building, and, despite their several centuries of trusty service, look good for some centuries yet.

A few of the Places of Interest in the Neighbourhood

Canewdon.—An historical old village four miles from Rochford. Commands fine views over the River Crouch and the site of the battle of Ashington, where Canute the Great and Edmund Ironside fought in 1016. Site of a Danish entrenchment. The ancient Church of St. Nicholas with the quartered arms of France and England and the shields of Bohun, Mowbray and Warren.

Hadleigh.—Two and a half miles from South Benfleet station. Stone Church of St. James the Less dates from the time of King Stephen (1135—1154).

Remains of Hadleigh Castle, first built by Hubert de Burgh, Earl of Kent, in the reign of Henry III. The Salvation Army Farm Colony is now at Hadleigh.

Rayleigh.—Four and a half miles from South Benfleet station. A very old Church, Holy Trinity. Remains of a castle built in the nth Century by Sweyne, the founder of the De Essex family.

Rochford.—Four miles north of Southend. Beautiful avenue, over a mile long, of elm and oak trees. Old Church of St. Andrew. “The Lawless or Whispering Court” was in olden times held in this district. It was a tribunal established in pursuance of a singular manorial tenure, and was held in the open air on King’s Hill, on the midnight of the first Wednesday after Old Michaelmas Day, or between midnight and cockcrowing. The whole business was transacted in whispers, and the minutes made with a piece of charcoal instead of pen and ink. A market for the sale of general produce is held at Rochford each Thursday.

South Benfleet.—Old Parish Church of St. Mary the Virgin. West Doorway is a good specimen of Norman architecture. Has a peal of five bells; the tenor weighs nearly 20 cwt. and was cast in 1636, and the treble is dated 1664. Register dates from 1573.

Stanford-le-Hope.—The Church of St. Margaret is very ancient and interesting. Shows examples of the various styles of architecture—Early English, Norman, Perpendicular, and Decorated, and some excellent oak screen work.

Wickford.—A village existed here of the same name in the time of Edward the Confessor. A market is held once a week for the sale of general produce.