Another opening programme lent to us by Nicky Pontius, this time it is Cisca House which was opened on the 27th September 1969. More can be read about Cisca House and Harry Whitcomb here. 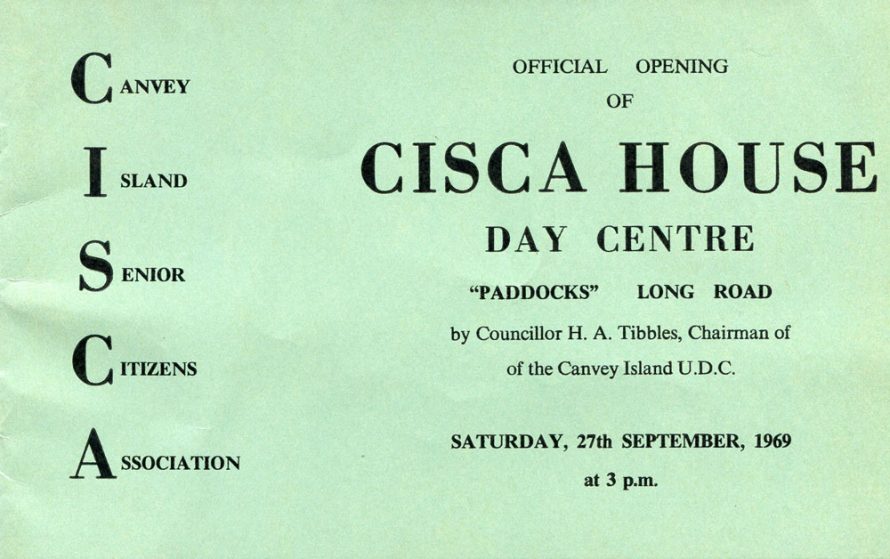 The Programme for the opening of Cisca House

Members of the Executive Committee:

The Chairman of the Association, Mr H. C. Whitcomb will open the proceed­ings and will extend an invitation to the Chairman of the Canvey Island Urban District Council, Councillor H. A. Tibbles, to perform the Opening Ceremony

Councillor H. A. Tibbles formally to open Day Centre by unveiling a plaque to mark the occasion.

Dedication of the House by the Vicar of Canvey Island (Rev J A. Fleet­wood, B.D., A.K.C.,) assisted by other ministers of religion.

Vote of thanks by Councillor George A. Pickett.

At the conclusion of the Ceremony the guests will be invited to partake of light refreshments in the Day Centre.

BIRTH OF A DAY CENTRE 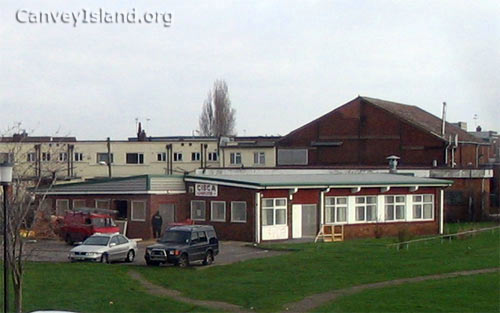 Whilst appreciating the many tasks which faced them, the Association came to the conclusion in June, 1966 that their main efforts should be concentrated on the provisions of a Day Centre (having been impressed by aged persons centres pro­vided in other districts) where Senior Citizens could meet in comfort and organise activities of mutual interest.

Realising that loneliness is one of the biggest single problems of the aged, the Association felt that the provision of a Day Centre would help enormously in solv­ing or, at least, ameliorating the effects of this problem.

With this in mind, the Association approached the Canvey Island Urban District Council (who had earlier sponsored the formation of the Association) with a view to obtaining a site in as central a position as possible. After many con­sultations, the Council indicated in March, 1968 that they were able, subject to certain consents, to offer a site of about a quarter of an acre in the north-eastern corner of the “Paddocks” recreation ground. The site was offered on a 60 year lease at a “pepercorn” rent.

The Association were naturally encouraged by the Council’s offer and with the promise of substantial grants from the local Council (£6,000) the national charity called “Help the Aged” (£1,000) and further grants from certain other sources, including a grant of £500 from the County Welfare Committee, the Day Centre was becoming almost a reality. The Association are grateful to all those persons and organisations who have donated in any way whatsoever to the Build­ing Fund and they would like to extend a sincere thanks to all concerned. One of the more recent donations was that received from The National Corporation for Care of Old People, (£1,500).

Many months of fund-raising had passed when in February, 1969 a Contract was let to C. J Hollingbery Limited for the construction of the Day Centre. Details of the building works and other technical information appears on the following pages.

The first “turf” was cut by the then Chairman of the Council, Councillor R. H. Jones, J.P., at a short ceremony on the 12th January, 1969 and approximately seven months later, the building became ready for occupation. Information as to the facilities to be provided at the Day Centre will be published shortly. 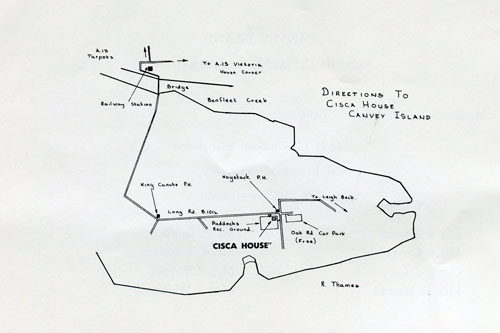 Map from the programme showing the location of Cisca House

The Building has two main recreation rooms facing South into the Paddocks Recreation Ground, these rooms being some 20ft. by 28ft. and 40ft. by 34ft. respectively, the larger room furnished as a lounge with a carpeted floor Two small rooms each about 12ft. by 9ft. lead off the main corridor and these can be used for a variety of purposes. A spacious kitchen has been included from which light refreshments can be served direct to the lounge. In addition to the normal male and female toilet accommodation there is a specially designed toilet suite for disabled persons using the Centre and this incorporates, in addition to a W C. and a wash basin, a bath for use by elderly or disabled persons requiring assistance.

The building is of brick construction with a timber and felted roof supported on precast concrete portal frames, and has a solid floor and the building is heated by electrical storage heaters.

The main Contractor for the building was Messrs. C. J Hollingbery Limited, of ‘Maisonwyck’, Furtherwick Road, Canvey Island and the Committee wish to express their thanks to this Firm and to their Manager, Mr G Wilkinson for the manner in which the Contract has been undertaken. The Committee’s thanks also go to the various sub-contractors and the workmen who have been engaged in the building operations.

The Committee also wish to thank Messrs. Agfa-Gavaert Ltd., and Messrs. Kodak Ltd., who have made available coloured photographs for decoration purposes at the centre.

Also to Mr R. Stevens for all the technical work that he has done on our behalf.