The lighthouse belonging to the Trinity House is situated barely half-a-mile from the jetty, and three miles from the Kentish shore. Since its erection about 1850—for the direction of vessels navigating the coast—no collision has taken place. Constructed of seven iron piles driven into the sand, at low water it is sixty, and at high water forty feet high. The interior consists of kitchen and living room combined—which is ornamented with book shelves and kept beautifully clean and natty—a bedroom with three bunks; and oil-room capable of storing 380 gallons. A coal locker and fresh-water tank are underneath these. The lantern above has a 350 candle-power four-wick burner, the Hash being effected by occulting twice every half-minute. During a fog at sea, a bell strikes every fifteen minutes, which can be heard for miles around the coast. A weather-vane and flag crowns the summit. Mr. Hast is the head keeper, but, at the present time, Mr. F. H. Roberts and H. E. Roberts are in command ; the former having  lived there on and off, one month on shore and two at the lighthouse, the past eight years; either of whom will courteously show  visitors over. Books are supplied to the keepers from the Trinity House library. 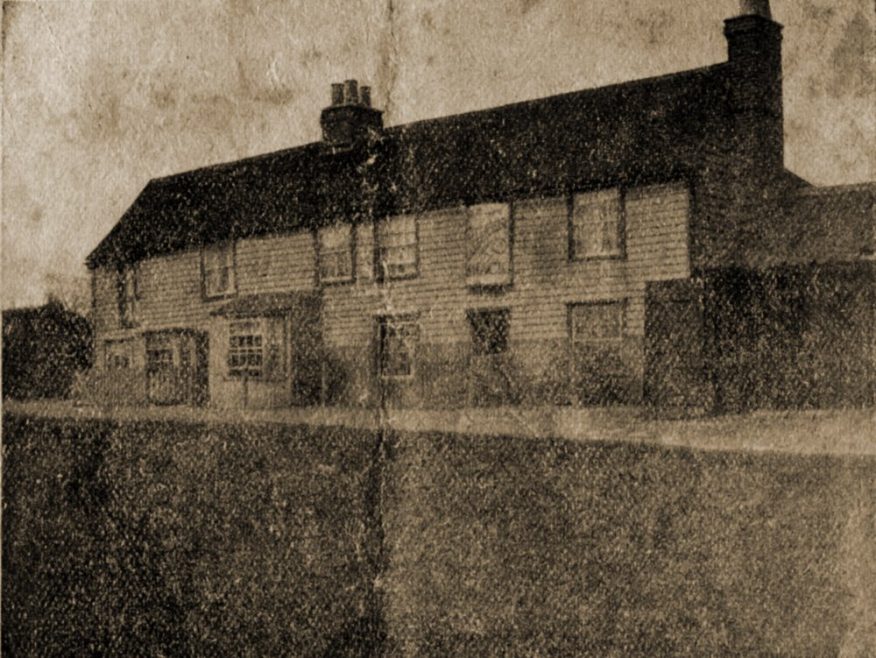 No visitor should miss the opportunity of visiting that ancient hostelry, “The Lobster Smack,” which lies under the wall at Hole Haven ; unlicensed pilots frequently patronising it. Situated half-a-mile from Canvey Village, it can also be reached by walking along the sea-wall from Leigh Beck. This picturesque wooden structure has in its taproom some ancient beams on its ceiling, also an antiquated high-backed settle with coal scuttle combined. In the low ceilinged bar parlour are several unique prints, mostly representing wooden ships of the old-world days. The stupendous log-book is worthy of close inspection, containing as it does important autographs, pen-and-ink sketches, etc. One entry from a yachtsman may be given here to show the general style of the whole: ” We have put in at this delightful spot, and must commend the host highly for an excellent lunch. Talk about beer and pickles ! why even the dog refuses to move another step ! “

The present landlord’s father passed away on the 8th of January, 1906, after residing at “The Lobster Smack” for forty-four years, and his well-known genial face will be missed by all those who had the pleasure of his acquaintance. Opposite this inn is the smart looking Coast Guard Station with its pretty gardens. Some steps lead up to the sea-wall; Hole Haven is seen to the right, where on the beach for a considerable time was lying the wreck of the partially submerged ” Benmohr,” a splendid steamer of 5,coo tons burden. The Dutch cannot quite obliterate their past interest in Canvey, for in the creek two of their eel boats are always anchored; their language being constantly heard by tourists frequenting “The Lobster Smack.”