“By the breath of flowers Thou callest us from city throngs and cares.”

For the botanist, the neighbourhood of Canvey, like most parts of Essex, is not a fertile field for choice wild flowers, nevertheless, the following kinds grow to great perfection. The wide-eyed daisy, Bellis perinnis the buttercup, Ranunculus bulbosus—of which there are thirteen varieties—the dandelion, giving almost a yellow carpet to the feet until the fruits of the composite flower are ripe, when they have a long stiff bristle at the top which supports the parachute. All the combined para­chutes of one receptacle form a round ball that a puff of wind will blow away, they float in the air, and scatter far and near, until the seed finally settles and starts growing.

The forget-me-not, but not the familiar water variety which obtained its name from a very tragic circumstance. Briefly, the story is as follows:—A young man and his betrothed bride were walking the evening before their intended nuptials upon the banks of the Danube, when the affianced wife observed a forget-me-not floating down upon the sunlit waters; she admired its great beauty; her lover, wishing to please her, attempted to catch the flower, but overbalanced himself and fell into the rapid waters. He sank, rose, sank, rose again, caught the pretty weed and threw it at the feet of his mistress, exclaiming in despairing accents: “Virgiss mich nickt,” “Forget-me-not.” Again he sank and rose no more. In three days the maiden’s sorrowing companions laid the fatal flower upon her brow of death so this flower still retains its melancholy name!

Most of the hedges here consist of the blackthorn, or sloe, Pruntis spinosus, which is indiginous to the soil, and, before its leaves appear, puts on a perfect wealth of showery white, followed in the autumn by its fruit. When the blackthorn is about to blossom, it is a notorious fact that cold weather, easterly and north­easterly winds, sleet, hail, and sometimes snow may be expected.

A little later on in the spring can be gathered the wild chervil’s lovely blossom. How is it this plant always grows so prolifically under rookeries? The hawthorn, or may, with its snowy clusters, betraying itself by its fragrance; the teazel, with its prickly flower-heads overlapping all; the Lathyrus Tuberosus, resembling the everlasting pea ; the starry marguerite; the dog rose blushing in every hedge: not­withstanding how little the daily changes in wild-flower life is noted. Upon the sea-wall and saltings at low tide we can fill our baskets with the sea lavender, Statice, yellow poppy, and other marine flowers and plants. The banks of the creeks and dykes are beautiful with their natural grasses, the green leaves glinting in the sun­shine appearing underneath, the bulrushes growing hither and thither; even the sedges with their dark brown heads must not be passed by unnoticed. 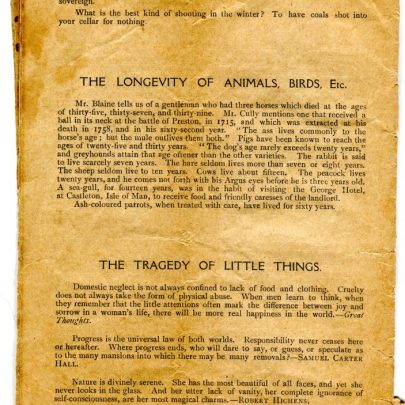 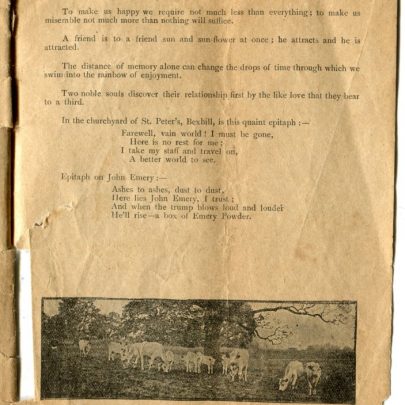 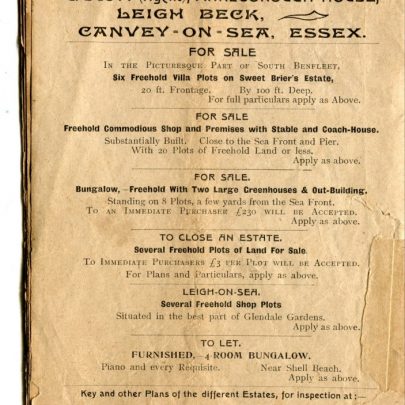 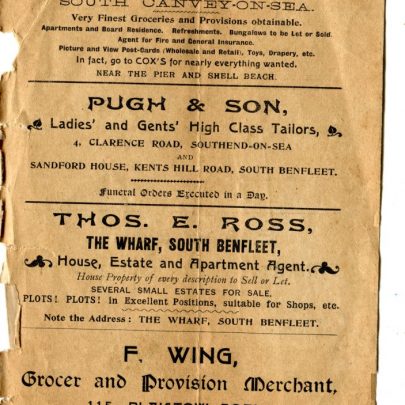 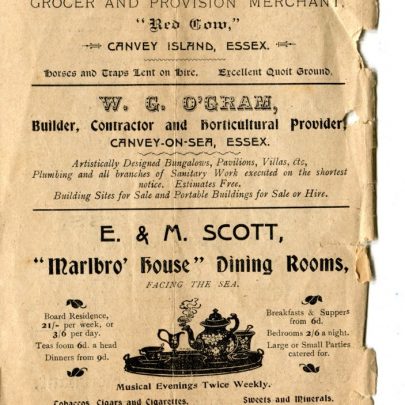