Enchanting is the panorama presented to the visitor strolling along the sea-wall from Leigh Beck to Hole Haven, being quite unequalled on any part of the coast, providing, as it does, an ever-changing picture of the world’s shipping, consisting of every class of vessel, passing or re-passing, inward or outward bound for different parts of the world. At the rising tide, comparatively close to the beach, may be seen frequently a fleet of barges, steamers, trading vessels, a man-of-war, also the magnificent American liner, down to the little pleasure yacht. 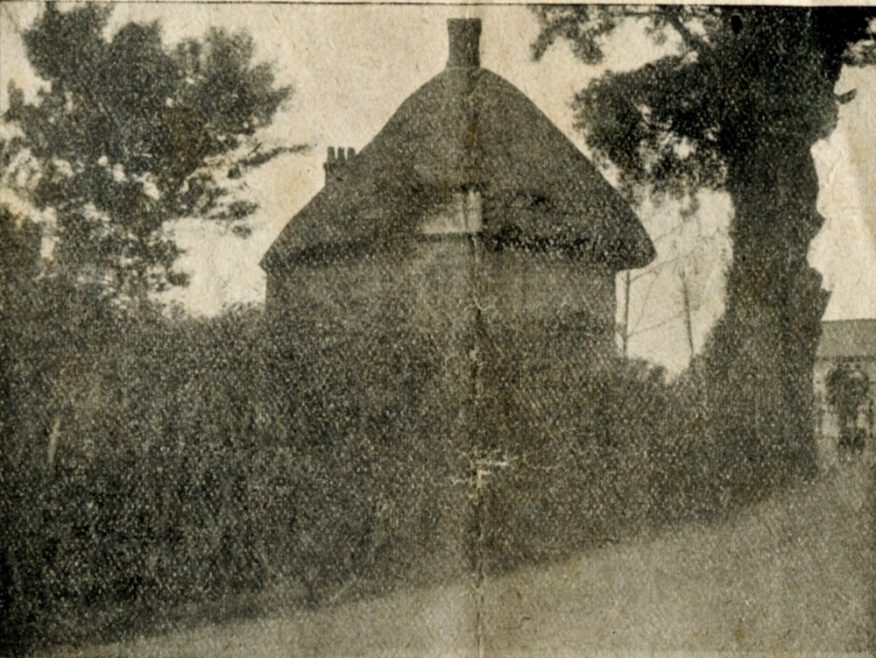 The Dutch Cottage in the village

The Dutch Houses
Traces of Flemish occupation can still be found not only in road-making and dyke-making, but in the preservation of the quaint old-world Dutch cottages. A perfect specimen—with its red blinds and well-kept little garden—is on the road between Benfleet and Canvey Village ; the other, in the village itself, which is locally supposed to have been the one-time residence of Sir Cornelius Vermuyden. It is about twelve feet high, having its foundation of brick and superstructure of mud, tall elms growing in front. Upon the building is the date 1621. A tumble-down cottage close to a dyke near the Hotel Kynock, is said to have been the first built on the Island.