The Days of Old

Canvey really possesses a history, which, if all the ancient records appertaining to the Island had been carefully preserved, would have been most interesting to the succeeding generation of Canveyites. Unfortunately, much legendary folk-lore and tradition is intermingled with the truth come down to us; but, doubtless, it is of great antiquity, and asserted to be the Convennos alluded to by Ptolemy (Claudius Ptalemasus), the ancient astronomer and geographer. Nevertheless, we are quite unable to get any reliable information of the historical associations of Canvey in our country’s history, in the time of the ancient Britons and Romans.

About the ninth century, the Danes were in possession of the Island, greatly to the discomfiture of the Anglo-Saxons who were encamped in the neighbourhood. Hoeston, a Dane, in the year A.D. 893, built a fortress to store up his plunder guarded by a powerful garrison; which, tradition states, was situated on the southern side of the Island. Three years afterwards, Alfred the Great demolished his castle, took Hoeston’s wife and his two sons prisoners, at the same time destroying a number of Danish Ships lying in Canvey Creek.

It is very difficult from the records, now in a state of preservation, to discover quite accurately the motive that the fierce practical Danes had for invading this poor little insig­nificant Island; unless they considered it a good camping ground to conquer portions of the adjacent country. We can hardly imagine when we gaze upon this peaceful spot at the present time, that sanguinary battles have been really enacted near its shores.

In 1622, a colony of Dutch people practically made Canvey a definite settlement. They began by laying down roads above the marshes flanked on either side by irrigation ditches; by farming the land, rearing the cattle, and building a church. Before the advent of the Dutch—owing to the malaria and ague that prevailed here —the island was so unhealthy that, it was considered unsuitable for human habitation. Several unsuccessful attempts had been made to protect the marshes from the incursions of the sea, but it was not until the seventeenth century that the six islands were drained by the engineer, Sir Cornelius Vermuyden, who also erected the substantial sea-wall twenty-one miles in extent. To the indefatigable Dutch people we are indebted to the present excellent system of drainage; the last and final improvements having been accomplished about thirty-five years ago. 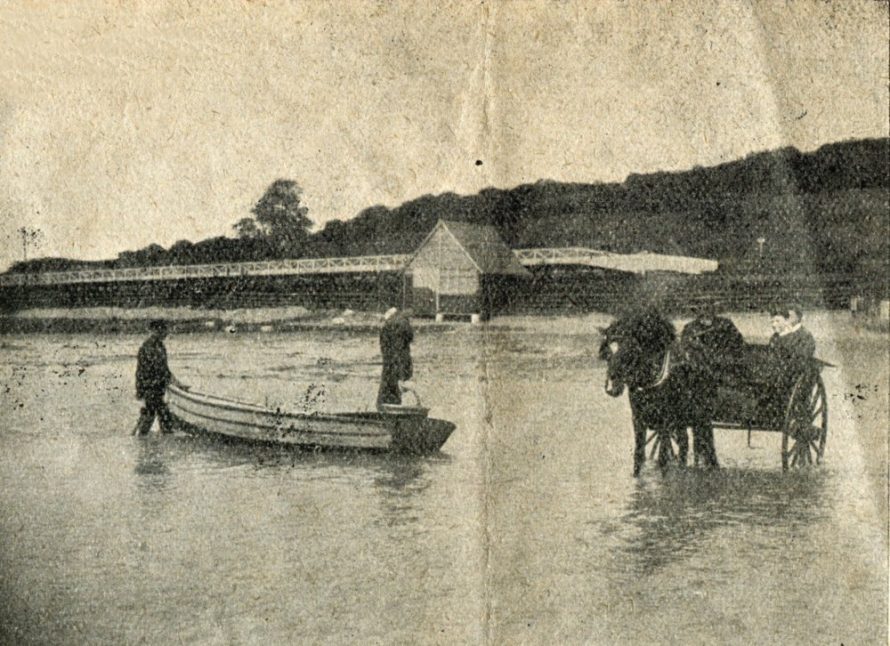 Although Canvey is practically terra incognita, it is only thirty miles from London, and is situated at the mouth of the Thames, facing the Kentish Hills, and confronting the German Ocean. Being divided from the Essex mainland by Hadley Ray and Benfleet Creek, a primitive ferry is utilised as the mode of locomotion for pedestrians at high tide; at low tide it can be crossed by a stone causeway. Flat as a map, the soil principally composed of peat and clay, it is about five and a-half miles in length and two and a-half miles in breadth, containing about five thousand acres. The land is so intermingled with creeks that it is difficult to discover where the water ends and the land begins. The whole aspect of the Island from the moment one enters it recalls the even monotony of the Low Countries, hence its name, “Holland-in-England.”

The climate of England is peculiarly trying, therefore Canvey affords an almost unique example of steady equability of climate and temperature owing to the atmosphere being impregnated with saline properties, coupled with dryness occa­sioned by the continuous current drawn across the Island. Although subject to very high winds, we are all aware that fresh breezes are essential to the sanitation of the air, consequently the best antidote to persons suffering from low vitality. In cases of chest and lung trouble, a complete cure has been effected by two or three years’ residence on the Island; the death-rate is also abnormally low. 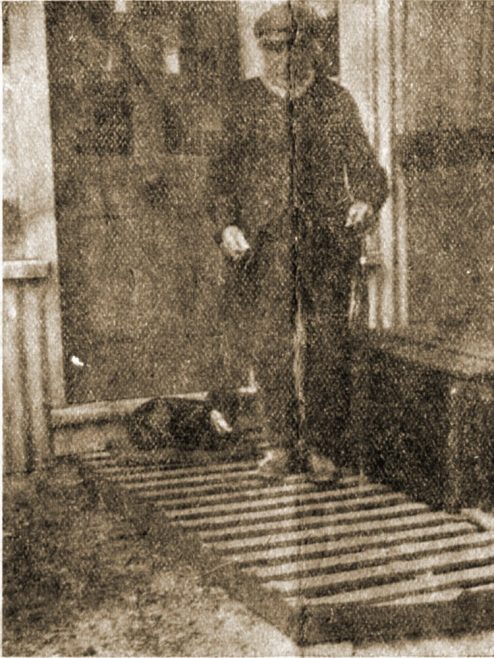 A specimen of longevity can be seen in the person of Mr. Joseph Hills, who is ninety-one years of age, having been born in the year of the battle of Waterloo. He still retains full possession of his faculties, can walk without a stick, read without glasses, and never misses his weekly attendance at church.

Three years ago he met with rather a nasty accident, being knocked down by a cart at Southend. A policeman passing by, thinking him the worse for drink, said, “Move on, guv’nor, you can’t lie there!” “I don’t want,” remarked poor Hills; for even then his usual naïevéty did not desert him!