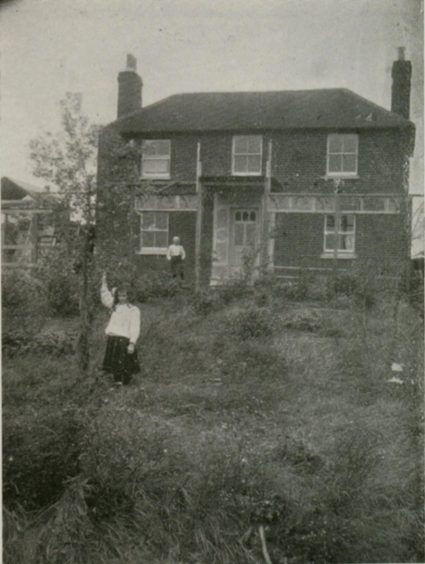 We may certainly lay claim to having our “Haunted House,” and many erroneous rumours are current concerning it, but the following account we know to be the correct version. About forty-five years ago the landlord of the “Lobster Smack” was a Mr. Harrage, and his boon companion a man of the name of Barnaby Hume. Once, in discussing together very warmly the subject of an “after-life,” Harrage remarked to his friend, “If I die first, I will come back and tell you if there is a Heaven or Hell.” Hume, at that period, lodged with our Canvey veteran’s father, at the “Oyster Fleet” (Haunted House). About eight o’clock one evening, soon after the death of Harrage, Hume went outside the back door taking with him his black cat. Greatly appalled was he, by seeing standing straight before him, the spirit-form of his deceased friend; the cat also being so frightened that it rushed back trembling into the house. From that period until about three years ago, the “Oyster Fleet” has been reported by the natives to be haunted by an “evil spirit,” the occupants frequently hearing weird sounds like groaning and screaming, furniture being removed from its position, windows shaken, etc. However, the present owner, Mr. Tippet, now living at this peaceful-looking old homestead, has never been disturbed by any noises, so probably these “hauntings” could be satisfactorily accounted for.