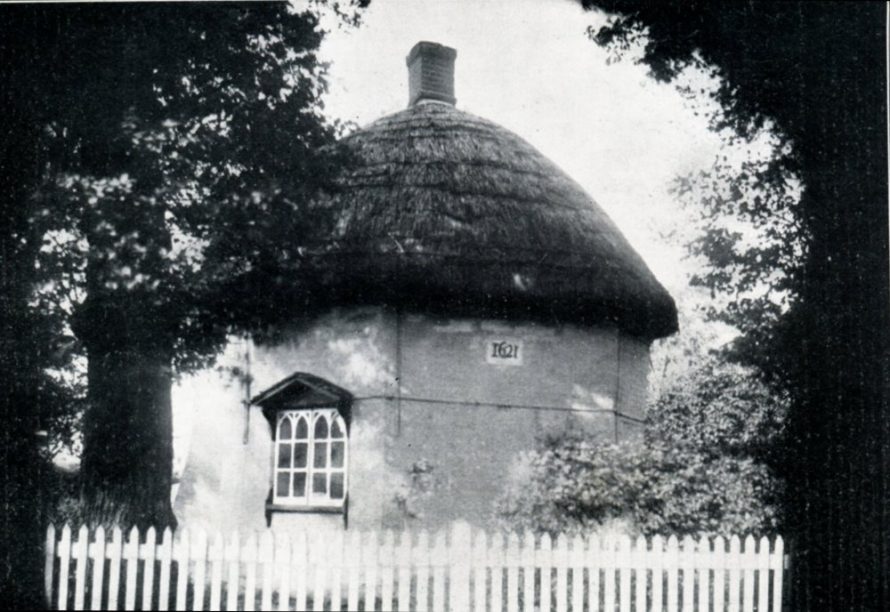 Although, up to the present, research has not brought to light very much respecting Canvey Island in the periods of remote antiquity, yet sufficient evidence has been laboriously gathered which shows that the Romans, during their occupation of Britain, had reclaimed much of Canvey Island.

In 1924, Mr. S. E. Winbolt, the excavator of Roman remains at Folkestone, reported that remains of a cinerary interment, consisting of some shards and burnt bones, were discovered one foot down in the reclaimed marsh land of Canvey Island. The pottery, which included a Samian plain bowl, was deemed to be Roman of the 4th century. The discovery of Roman pottery, in and about Canvey Island, is not uncommon. Benton wrote, some fifty years ago, that at the Eastern point, quantities of such relics had been found at times. Roman sites are numerous along the Essex shores of the Thames Estuary, and records unearthed at many points show that this coastline was well occupied in Roman times, particularly where the low shore was, perhaps, not so submerged as it is now. Indeed, antiquarians have come to the con­clusion that the low shores were thickly populated for a long period, and then abandoned when the legions were eventually recalled to defend their own capital against the invasions of the barbarian hordes which ultimately overcame the mistress of the world.

William Camden, the great English antiquarian; and historian, travelled through the Eastern part of England in 1582, and he particularly studied this part of Essex, and he supposed Canvey Island to be the ” Counos ” or ” Convennos” mentioned by Ptolemy, the celebrated astronomer and geographer of the ancients, in his geography compiled about B.C. 161, wherein is a map showing two Islands, stretching more to the Eastward than the island at present.

In the quaint map which illustrates John Norden’s description of Essex in 1594, ” Canuey Ilandes ” appear to comprise Canvey, Foulness, and the other isles in the Thames Estuary, and extend beyond ” Southchurche” Church, and, in a map published by Sudbury and Hamble, in 1608, the six islands remain, but they extend no further than Crow Stone.

No outstanding events are notable until the stirring times when the hardy Norsemen persistently raided the English shores, and frequently landed at S. Benfleet, one of their Wykings, Hastings, or Hoesten, a notorious Danish pirate, building a castle here, in which he deposited his plunder under the guard of a strong garrison, but it was destroyed by King Alfred the Great in 894, when the wife and two sons of the Dane were taken prisoners, but Hoesten, himself, escaped. The King, with characteristic chivalry, released Hoesten’s wife and sons.

The position of Canvey Island probably was extremely inviting to these sea pirates, and they perseveringly con­tinued their periodical visits, making it a headquarters for their intensive raids into the surrounding counties of Essex and Kent, and, although they were, after many severe battles, dispossessed of their gains on the mainland, and driven away, yet at the time of the Norman Conquest of England, Canvey was still held by the Danes.

History does not record very much of interest about Canvey for some centuries after the time of the Conquest, but archives, records and Court Rolls, of course, show amongst their entries the various changes of ownership of the land, and, by the 17th century, the powerful family of the Appletons were the principal landowners on the Island,

What, at the present day, seems a strange industry, was carried on at Canvey for a considerable period. John Norden, in his description of Essex, 1594, writes:—” Nere the Tames mowth, below Beamflete, are certaine ilandes, called Canuey Ilandes, low merishe grounds ; and for that the passage ouer the creeks is vnfitt for cattle, it is onlie conuerted to the feeding of ews, which men milke, and thereof make cheese (suche as it is) and of the curdes of the whey they make butter once in the yeare, wch. scrueth the clothier. As towching the comodeties of the sea, they are manie, among the rest it yeldeth store of excellent good fish, and giveth passage to all kinds of trafique to the great benefit of all the country,” and William Camden, who visited the Island in 1610, wrote:—” It keepeth about foure thousand fatte-tailed sheepe of exceeding greate size, whose fleshe is most sweet and delicate to taste. I have seen younge lads taking women’s function, with stools fastened unto their buttocks to milke yea, and to make cheeses of ewes’ milke in those dairy sheddes of theirs, that they call wickes.” Also in some of the old surveys of this part of the county, it is mentioned that Canvey Island “feeds near 4,000 sheep” and that great quantities of cheese were made from their milk. An annual fair was held on the 25th of June, probably first established in connection with the Island’s cheese and wool industry, but afterwards becoming a toy fair. This fair is no longer held, but it survived well into the 19th century.

We have seen that by the early part of the 17th century, the family of the Appletons (a powerful family in this part of Essex, whose tombs are in the Parish Church of S. Benfleet) were predominant on Canvey, and it is probably due to the then head of that family, Sir Henry Appleton, that the reclamation and preservation of the Island was taken in hand, as he in concert with other Canvey landed proprietors, entered into the arrangement with Joas Croppenburgh, the outcome of which was the “inning” and reclaiming of the Island and the erection of the sea­wall (v. article on Canvey Sea Wall Commission). Although Joas Croppenburgh was the agent, the engineer who planned and supervised the work was the well-known Dutch engineer, Cornelius Vermuyden, who, also, carried through similar reclamation work in other reaches of the Thames, and in recognition of his valuable services, was knighted by King Charles 1. in 1628.

At about the same time as Canvey Island was partly in the occupation of the Dutch for the purpose of carrying out their work, a vigorous effort was being made to place under cultivation thousands of acres of land in other parts of the country also, which had previously been marsh land, and only suitable for the feeding of cattle. In the Fen district great irritation was shown at the importation of Dutchmen to carry out the drainage works, and Oliver Cromwell took a prominent part in upholding the common rights of certain Huntingdonshire men, which had been threatened by the landowner in his grants to the Dutch engineers. At Canvey, also, the advent of the Dutchmen was unpopular locally. There were some disturbances, and a ballad was published deriding them which found considerable favour. In fact, the presence of the Dutch colony seems never to have been amicably acquiesced in by the natives of the country, and little wonder that eventually the foreigners returned to Holland.

In the early part of the 17th century, Canvey was thus largely populated by Dutchmen, and, in 1628, “Low Country Strangers,” to the number of two hundred, petitioned the King to allow them to worship in their own language. The request was granted, the service and minister to conform to the Dutch Church in London. They built a timber chapel, and this, curiously enough, was burned down by the fleet from Holland in its raid up the Thames in 1667. Another was built for service accord­ing to the rites of the Church of England, at the charge of one, Mr. Edgar, an officer in the Victualling Office, and, as appears from an entry in the S. Benflcet registers, was consecrated on the 11th of June, 1712, and dedicated to St. Katherine. This has been several times rebuilt, the existing structure, which dates from 1875, retaining the old dedication and some fragments of the original, whose foundations may still be traced. The fabric is of timber, with a small central turret containing one bell cast by Warner and Sons in 1875, for the then new building. The register dates from 1819, previous entries being in the S. Benfleet register.

The Royal Commission on Historical Monuments of England, which published the inventories in 1924, records three old buildings on Canvey Island, and as no monument is included in these inventories that has not been actually inspected and the account checked in situ by a member of the Commission’s investigating staff, the authenticity of the age of these three buildings can be safely accepted. They are:—

1. Dutch Cottage in Canvey Village, 200 yards S.E.’of Church, is of two storeys and of plastered timber framing and brick; the roofs are thatched. It is dated 1621, and is octagonal in plan with a central chimney stack. Inside the building the timber framing is exposed.

8. Tree Farm House, about l ½ miles W.N.W. of the Church, is on one storey with attics, timber framed and weather boarded; the roofs are thatched. It was built in the 17th century and is of the central chimney type with modern additions at the back. The square chimney-stack is original.

A past writer tells us of old bailiffs, who, being seasoned and acclimatised, had married, in some instances, from four to six wives. The custom was to select young, fresh and blooming lasses from the uplands, who soon sickened and succumbed to the influences of the marsh malaria. Norden speaks of low places about the creeks in the Hundred which gave him a “moste cruell quarterne feuer” but, he adds, ” the manie and sweete comodeties counteruayle the daunger.” These were the times before the Island had become properly drained, and how different it is now can be appreciated by the fact that the medical fraternity recommend Canvey to those suffering from rheumatism and kindred ailments, and that its residents are long-lived and active beyond their years.

Like most places on the coast, Canvey was, in its day, a haunt of smugglers. There is a story of a farmer who was in league with the runners of contraband, and who complained that his house was haunted by an evil spirit, so, one day, the parson was prevailed upon to visit it, in company with others, to investigate. They were enter­tained with mysterious sounds and sensations, but, whilst the phenomena were being examined by the parson, the contrabandists were busily occupied in removing from the Church, where they had been hidden, a store of smuggled goods.

Another entertaining episode of a hundred years ago, is one connected with Wreck Hall. “Rack Hall,” alias ” Wreck Hall,” alias ” Southchurch Marsh,” situated at the S.E. side of the Island, then in the parish of Southchurch, was originally purchased by Ralph Robinson, of Horndon (circa 1770), for a hundred guineas. It was re-sold in 1815 for £1,300. The family had made up their minds to let it go for £800, but the company being stimulated by a copious circulation of sherry, and a competition springing up between two bidders, the result was as above stated. When the purchase money was paid at the Lion Inn, Rayleigh, it was deposited in the boots of the recipients for fear of foot-pads. The farm took the name of “Wreck Hall,” from its being constructed from the timbers of the wreck of the “Ajax,” driven on shore at S. Shoebury. Some years ago it was burnt down and has not been rebuilt.

There seems to be nothing more of interest suitable of recording in this chapter, and it is hoped that this short survey of Canvey Island from its early years will be interest­ing to the thousands of visitors who will see the Island in a state of development which could hardly have been even dreamt of by those whose enterprise and skill, over three hundred years ago, recovered and preserved this now delightful spot for our use and enjoyment.