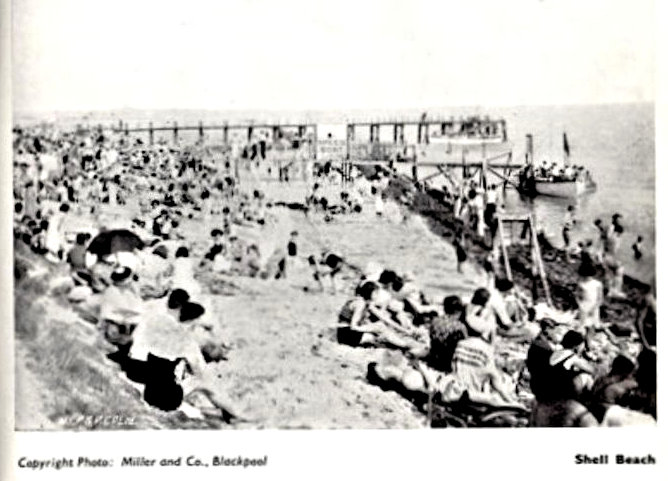 Reference has been made to the wonderful Canvey air which very largely accounts for the longevity of inhabitants, and the extraordinary sense of well-being it imparts even to the most jaded City worker.

Man does not live by air alone, however, and Canvey is fortunate in other ways notably in its being sheltered by mainland hills in the north which catch and retain a considerable amount of rainfall; in its having such long spells of unbroken sunshine; and in its remarkable freedom from severe Winter conditions, including that bugbear of the motorist fog.

Joys For The Nature Lover.

Although the increase of human habitations has to some extent affected our friends the birds, there are still many specimens to be met with here, and seldom any­where else. Then, anyone who has a good microscope may collect marine fauna and flora which will yield endless delight.

From the beginning of June to nearly the end of the holiday season the “saltings” are rarely without such spoils as sea lavender, the tea aster, the teazle, and many varieties of rare grasses. On the sea wall are curious forms of life – cockles, mussels, crabs, and a kind of oyster known as Ostrea canveyensis.

And The Student Of Ships.

The position of the Island in the Estuary of the Thames affords opportunities for seeing at close quarters types of practically every kind of craft that floats. Remember that every ship bound to or from the great Port of London (so many people ignore the fact that London is a port!) pass close to our shore. From his windows a Canvey resident may watch tramp steamers, lady-like liners, swan-like yachts and an occasional windjammer, with sails full spread, pass, as it were, ” just outside the garden gate.” Most inspiring of all is the sight of a giant ocean-bound liner passing at night with lights at all her portholes.

These experiences can, of course, be equally enjoyed by the holiday visitor, and they certainly add to the thrills of a stay in Canvey.

Everyone bathes or pretends to bathe, nowadays, and the chief venue for this health-giving exercise at Canvev is Shell Beach, so-called because it is composed for the most part of finely-powdered shells mixed with sand. This beach slopes gradually and affords excellent facilities for swimmers, paddlers and sun-bathers

Owing to the numerous creeks and coves there are ample opportunities for boating, conditions round the Island having more or less the character of voyages of discovery. Plenty of well-appointed craft are available at moderate charges.

The scope for yachting in large or small craft is also particularly good, Hole Haven on the south and Benfleet on the north of the Island, being the chief places where boating and yachting men and women foregather. The Thames Estuary affords an ideal, sheltered waterway for yachting expeditions

There are opportunities for cricket and tennis, the local clubs giving a hearty welcome to visitors, and the Pavilion Putting Green is highly popular.

Specially attractive to the children are the expeditions which may be organised for clambering among the rocks at low water in search of shellfish like mussels and winkles, and another very popular pastime, yielding good results as a rule is shrimping. The beach affords plenty of fun in the castle-building line.

The nearest Golf Courses are those belonging to the Boyce Hill Club near Benfleet, and the Bowers Gifford Cub, between Benfleet and Pitsea.

For those who like miscellaneous amusements there is a modern Amusement Park run by Canvey Casino, Ltd., at Shell Beach, with spacious car park and what is claimed to be the largest Ballroom in Essex; and the RioCinema in Furtherwirk Road offers varied programmes. Just off Furtlierwick Road is the Premier Club, which claims to be the largest and best-equipped on the Island, and certainly offers a variety of attractions

Visitors will be well-advised also to get in touch with such institutions as the Small Gains Social Club (non-political and fully licensed), where, among other attractions, are a billiard room and a dance hall: frequent dances are held at the Haystack Hotel , at the Red Cow. Canvey Village, and the Bay Country Club.

A very considerable number of people come to the Island just for the day, and there are enterprises catering for large and small parties, staff outings and the like.

For those who intend to stay for the usual holiday period anything from a fortnight up to a month the Admiral Jellicoe Hotel (two minutes from the sea), at Leigh Beck, is recommended

The Old Lobster Smack Inn a little to the west of Kynochs. is said in date back to Elizabethan days, and is one of the quaint features of the Island which no one fails to see.

This house is mentioned by Dickens in “Great Expectations,” and the four-poster bedsteads alluded to in that novel are still in use

Besides being a haunt of smugglers, it was a famous meeting-place for prize-fighters like Tom Savers, T. King, Heenan, Jake Kilrain, and Ned Donelly, Sayers and Heenan once fought 48 rounds in the Old Tap Room.

Then there are a number of holiday bungalows with complete equipment.

Harrassed parents will welcome the Day Nursery facilities at the Sunnyside Hotel and Holiday Camp (formally known as The Convent) in Long Road. Modern improvements have made the accommodation and catering at tiheHotel second to none, and there is a Restaurant for non residents. 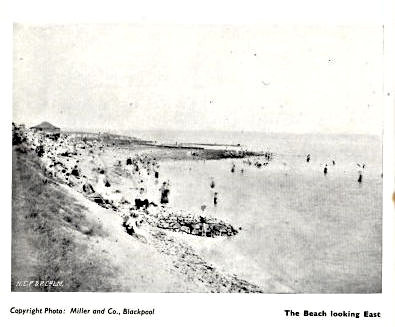 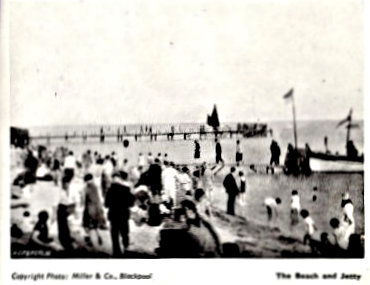 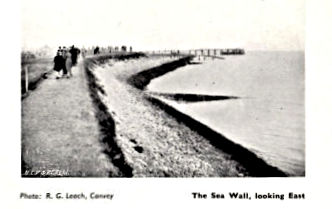 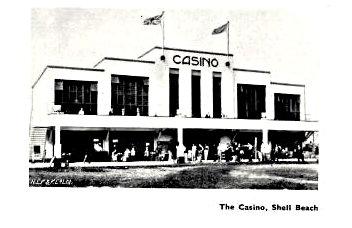