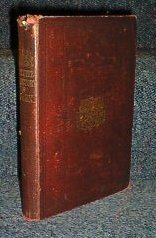 Canvey Island, which is united to South Benfleet at low water by a causeway across Hadleigh Ray, is in the parishes of Bowers Gifford, Hadleigh, North Benfleet, Laindon, Pitsea, Prittlewell, South Benfleet, Southchurch, and Vange: it is supposed to be the Convennos of the ancient geographer Ptolemy, and is a marsh island of the Thames, defended by high banks all round, erected in 1623; it forms a very rich grazing ground, with a large quantity of arable. Here is a coastguard station, with a chief officer and eight men. The nearest station is South Benfleet, two miles south, on the London, Tilbury and Southend railway. The church of St. Katherine consists of a chancel, nave and two transepts, and was erected in 1875 in the place of an ancient structure. The register dates from the year 1819; previously the entries were made in the South Benfleet register. The living is a vicarage, yearly value £150, in the gift of the Bishop of St. Albans, and held by the Rev. Henry Hayes, T. A. K. C. L. The principal landowners are W. I. Belcham, W. Clarke, C. Asplin, the Hilton trustees and the Ecclesiastical Commissioners. This island is 6 miles long by 3 broad, and contains about 6,000 acres; the population in 1871 was 289; rateable value about £5,000. Parish Clerk, Joseph Hills.