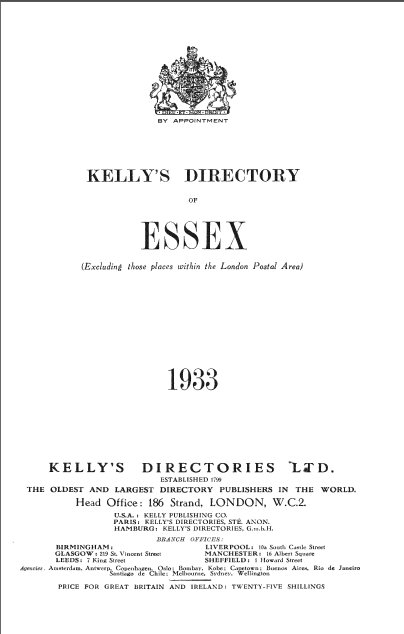 CANVEY ISLAND , which is united to South Benfleet by a bridge opened in 1931 at a cost of £20,000 across Hadleigh Ray, and originally part of the parishes of Bowers Gifford, Hadleigh, North Benfleet, Laindon, Pitsea, Prittlewell, South Benfleet, Southchurch and Vange, was formed into a civil and ecclesiastical parish 4 March, 1881, but under the provisions of the Canvey Island (Constitution of Urban District) Order, 1926, the parish was converted into an Urban District, with a council consisting of nine members: it is supposed by some to be the “Counos” of “Convennos Insula” of the ancient geographer Ptolemy, a name assigned by others to the Isle of Sheppy, and is a marshy island of the Thames, defended by high banks all round, erected in 1623: it is in the South Eastern division of the county, Rochford petty sessional division, Southend County Court district, Canewdon and Southend rural deanery, Southend archdeaconry and Chelmsford diocese: it forms very rich grazing ground and includes a large quantity of arable land. Water is supplied by the Southend Waterworks Company, who obtain their water from the Rivers Chelmer, Ter and Blackwater, also from wells and borings. Canvey church is 10 miles west from Southend-on-Sea and 2 miles south from South Benfleet station on the London, Midland and Scottish railway. The church of St. Katharine, erected in 1875 in the place of an earlier building dating from 1712, the only portions of which now remaining are some windows and the porch, is a structure of wood, consisting of chancel, nave, transepts and a small central belfry, with spire, containing one bell: there are 160 sittings. The register dates from the year 1819, previous to which date the entries were made in the South Benfleet register. The living is a vicarage, net yearly value £340, with glebe (£13) and residence, in the gift of the Bishop of Chelmsford, and held since 1929 by the Rev. Edward Bonamy Dobree M.A., L.Th. of Hatfield Hall, Durham. Here is a small hall belonging to St. Anne’s church and a Baptist chapel. The Chapman lighthouse was opened in 1851; it stands half a mile from the island due south-east.