Article published in the Essex Countryside 1970

It is difficult to believe in these some­what brash times that Canvey Island has any connection with William Wilberforce and those deeply relig­ious social reformers known as the Clapham Sect, who among many other things fought so assiduously for the total aboli­tion of slavery. Yet among the variegated bungalows, the high-pitched chalets, the semis and the ” superior” detached houses there stands a small home which claims such a distinction, and, having visited the premises recently and talked with the present owner and others, of the validity of this claim I have no doubt. 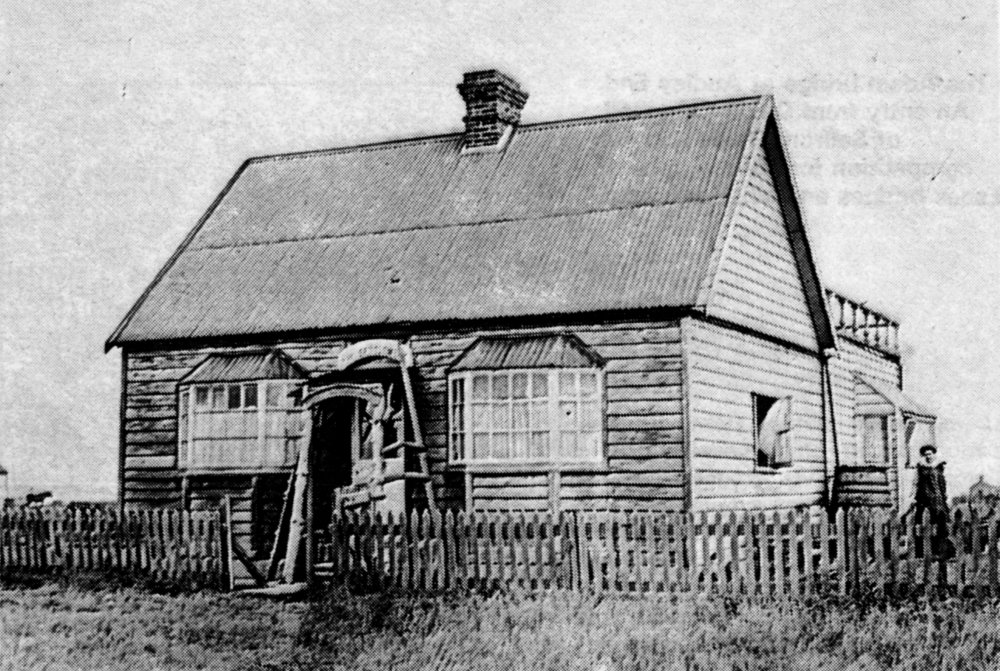 The Settlement, Canvey Island was one of the “new wave” of bungalows appearing on the windswept marshes at the turn of the century.

In 1905 Mrs. Sarah Stevens, then resident with her husband and young family in Clapham, heard of the impending demoli­tion of a local property known as Battersea Rise House. From her personal knowledge of the district, gained from contacts made through the family business and her church activities, Mrs. Stevens knew that this substantial Georgian residence was that in which William Wilberforce and his followers met in the early 1800s. Battersea Rise House at this time was the home of Mr. Henry Thornton, M.P., a wealthy and influential city banker with strong views about “the Church in action.” This fine house was regarded by the abolitionists as an ideal retreat in which to spend a quiet weekend “in devotion and helpful inter­course with congenial companions.”

A room in the house was set aside for the exclusive use of William Wilberforce, ”where he might live as retired as possible” in order to recover from the rigours of London society life and in particular that of the House of Commons. For a short time this ardent parliamentarian shared the expenses of maintaining his friend’s home, and together in the spacious library of the house, said to have been designed by no less than William Pitt, the two met their supporters to discuss their numerous philanthropic schemes and in particular to lay the plans for their attack on slavery.

In spite of its historical associations and an attempt by local citizens to preserve the property Battersea Rise House was pulled down, and at this point an enterprising Claphamite moved in to rescue as much of the house as she could.

Fearless and strong-willed, Mrs. Stevens, herself a countrywoman by birth, had determined to give her ailing husband and the growing children a holiday retreat away from overcrowded London. During the early 1900s she had heard of Canvey Island being developed as “a health and pleasure resort” and, encouraged later by an offer of cheap land, she negotiated a sizeable plot, large enough for the family’s

needs, in the centre of the island which had once been part of the estate of Wreck Hall Farm. This farm was one of many in these Thames-side marshes to suffer the effects of the agricultural depression of the 1880s and whose owners were glad to get rid of their burden.

A horse-drawn wagon was hired to convey the salvaged materials from Batter­sea Rise House to their new site on Canvey, and with the help of a local carpenter and her son Oliver the holiday bungalow was soon completed. Some of the original doors and window frames were incorporated in this new building, as were some of the decorated wood panels that had been rescued from the important library. These, together with the flooring, were used to construct the family living room. By all accounts Mrs. Stevens, possessing a quite remarkable sense of history, regarded herself as some­ thing of a pioneer and appropriately called their holiday haunt The Settlement, and the family occupied it permanently after leaving Clapham. 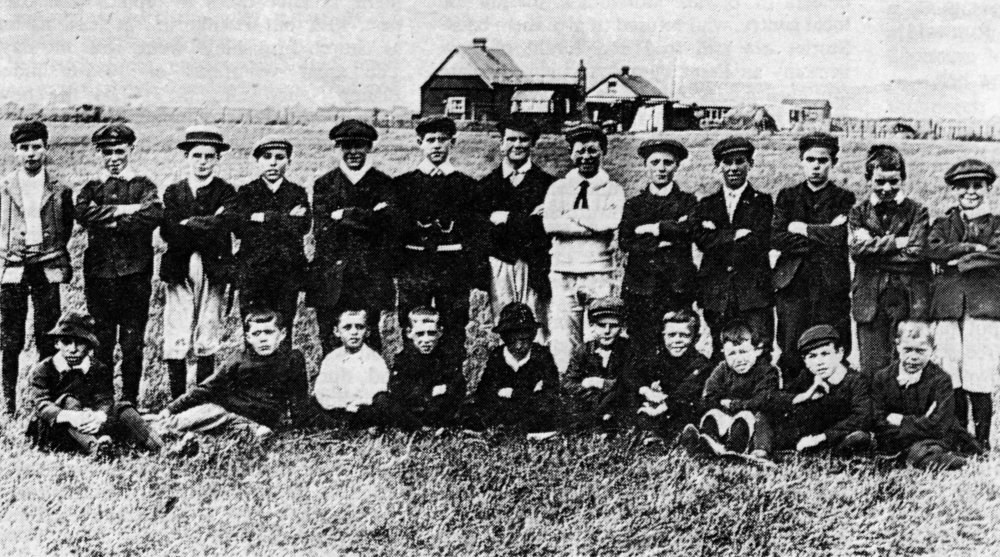 Many youngsters from London boys’ clubs enjoyed their first and perhaps only holiday at Canvey-on-Sea. Here group of them pose in front of The Settlement seen in the background.

Possessing its material connections with William Wilberforce, the living room was called the “log cabin,” or “cabin” for short, reminiscent of Harriet Beecher Stowe’s famous American best­seller which set out to highlight the plight of Uncle Tom and the enslaved Negroes in the new world. After residing in this house several years Mrs. Stevens and her family moved and took the name of The Settlement with them to new premises in Canvey High Street.

Of Battersea Rise House in Clapham nothing remains today, but if indeed “walls have ears” no doubt the spirit of William Wilberforce and his evangelical contemporaries lives on, less well known perhaps but none the less real, in this modest Canvey bungalow whose present owner is himself a dedicated Quaker and a great admirer of those men and women who fought so courageously for the abolition of slavery.

The writer wishes to thank Mr. Aubrey Stevens for his help in the preparation of this article.