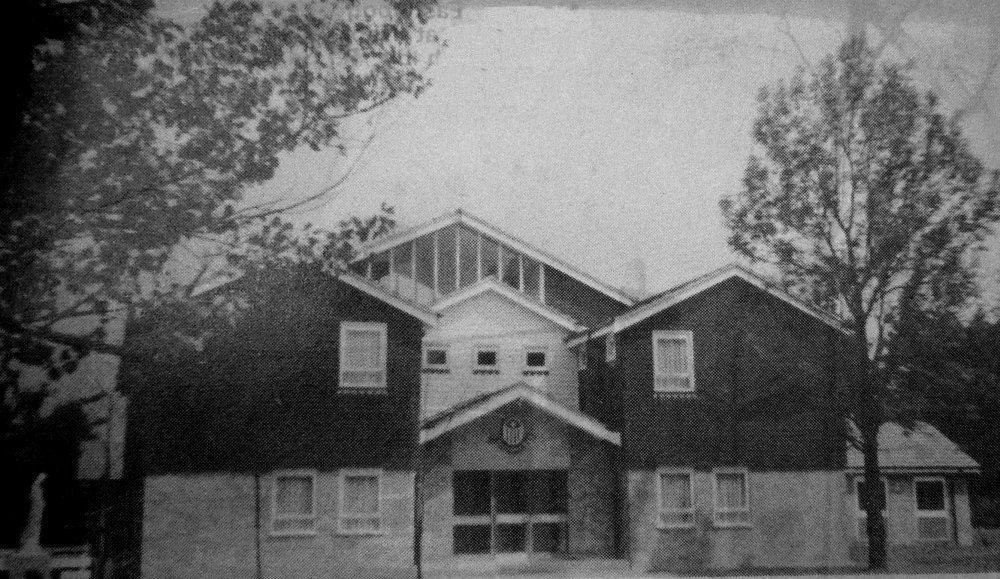 Prior to the Dissolution of the monasteries around 1536 Essex supported nearly a hundred active religious houses which together ranged over a wide spectrum of monastic life of the period. Everybody knows the story of Henry VIII’s disagreement with the Pope and how as a result he confiscated the lands and possessions of the monastic houses.

Agents for the Crown sold many of the estates to those who supported the king’s cause and those houses not left in ruins soon became the private residences of a landed gentry. In the past 400 years there has been very little change in the situation existing after the Dissolution and the number of houses accommodating those men and women professing a religious vocation number of a handful only. 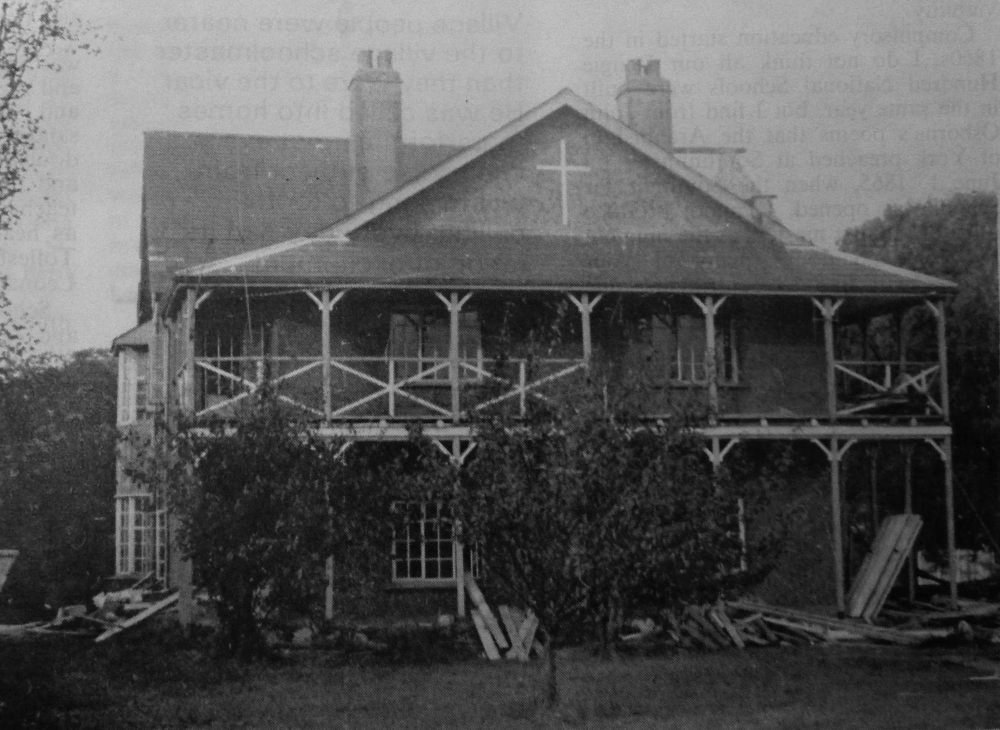 Part of the old convent being demolished

Although there has been a change in the climate of public opinion inasmuch that we enjoy religious toleration it is not often that Essex can claim the building of a new home for religion. In view of this it will be of interest to readers of Essex Countryside to know that a community of nuns on Canvey Island have recently moved into a new purpose-built convent designed specially to meet the present-day and needs of the Order.

For the past twenty years or so a small but growing number of Roman Catholic Sisters of Mercy have lived, somewhat ironically perhaps, in premises once occupied by an Anglican Order of nuns. The house had originally been built to accommodate sisters belonging to the Community of the Good Shepherd who settled on the island in the 1920s. From all accounts they were a faithful and hardworking band who would turn their hands to anything to help those in need and it was a struggle at times to keep the community solvent.

The war brought increased hardship and after the sisters left their home was requisitioned by the War department for the use of military personnel stationed at various gun-sites and other coastal defence units on the island. 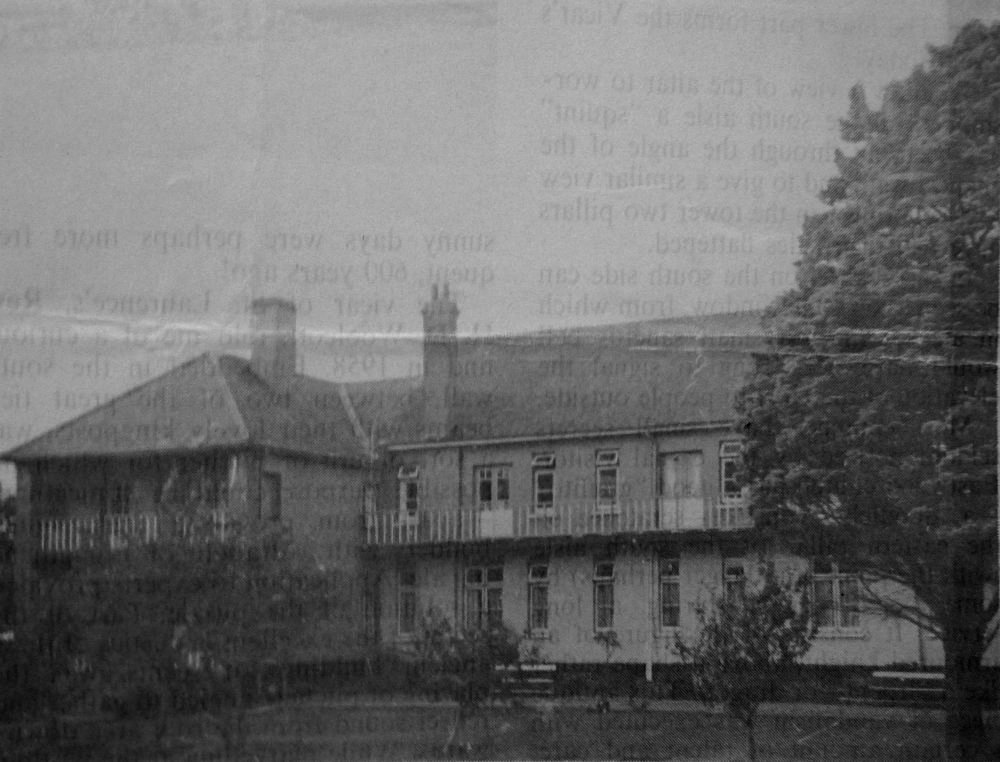 View of the old convent

With the end of hostilities the property was acquired by a private speculator who planned to use it as a holiday hotel and holiday camp. This scheme fell through and by a stroke of genius a visiting parish priest realised that the premises offered ideal accommodation and facilities for the establishment of a home for a community of nuns who would establish and run a much needed school.

After much discussion and debate the Sisters of Mercy who dedicated their lives ‘to the service of the poor, sick and ignorant,’ proceeded to purchase the rambling premises. Once installed they soon made their mark on the local community. Soon the sisters, trained as teachers, opened a small school and a succession of vigorous headmistresses helped to foster a lively interest among those concerned with the education of younger children.

After the disastrous east-coast floods in 1953, and the completion of Canvey’s new sea-defences, the island enjoyed a population ‘boom’ and by the late 1950s the sisters realised that their existing school would be too small to meet the future demands for places. So once again the sisters met and from their discussions emerged plans for a new school, dedicated to St Joseph and large enough to accommodate about 240 pupils. Ten years later the lay members of the diocese of Brentwood found themselves financing yet another extension to the school and the nuns, realising the parlous condition of their own home, set about the task of building themselves new accommodation. 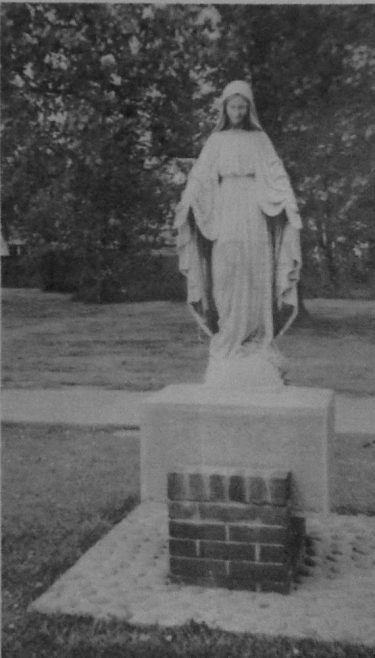 Early in 1971 building contractors moved in and began work on the new convent dedicated to Our Lady and St Joseph’s Convent of Mercy. Apart from housing its dozen or so permanent residents the convent will be used as a holiday and recreation centre for other sisters of the order who live and work in other parts of Essex.

The well-proportioned building is strikingly plain but happily without any hint of contrived austerity. Inside, the chapel is a far cry from the small meeting room in the ‘old convent’ and the increased light and sense of space will undoubtedly help to add dignity to the daily religious offices and services which remain an essential part of the community’s life.

As a local resident remarked at the time of its opening, “It’s not every day that a new convent is built,” and we in Essex, as well as the Sisters of Mercy, whose Order was founded in Ireland in 1831 by Mother Mary McAudley, have reason to be proud of this fine new home, the first of its kind in Essex and one of the very few new religious houses ever to be established permanently in the county since the Dissolution.

One wonders if other religious communities will be encouraged to follow suit to demonstrate once again to those present-day cynics who would have us believe that the Church is dead. For God and mankind we live, we labour – not just a motto, more a way of life.