You are here: HomenextArtsnextLiteraturenextMagazinesnextEssex CountrysidenextThe Haunted House of Canvey Island

The Haunted House of Canvey Island

Alison Barnes had this article about Canvey’s Haunted House published in the Essex Countryside in July 1977. It is very detailed and makes interesting reading. The building was demolished in 1973. 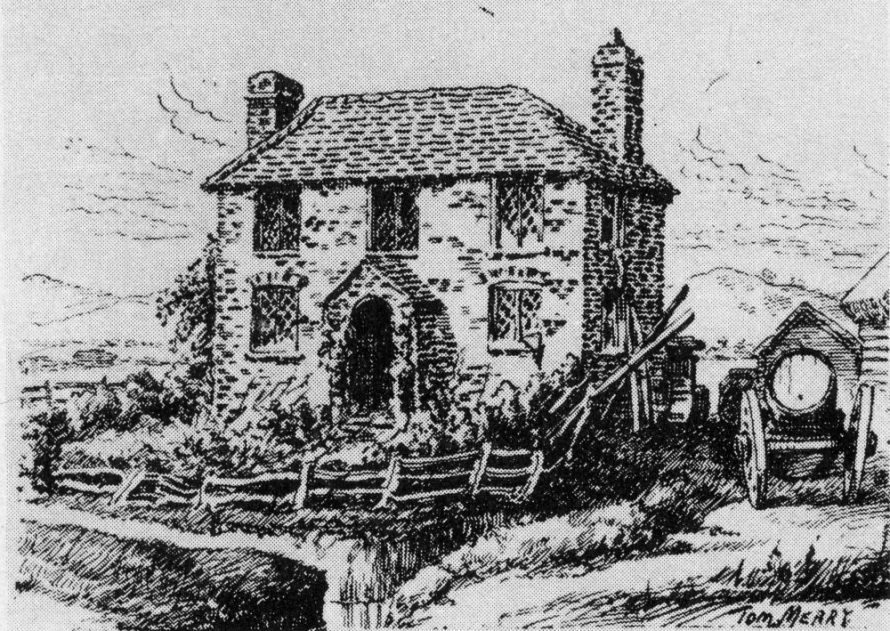 ‘In October, 1709, a gentleman from Maldon wrote a long letter to an acquaintance in London, describing “certain injurious pranks played by some restless, unhappy Goblins or Spirits, or else by the Prince of the Power of Air … in the house of Master Jan Smagge, farmer, in Canvey Island.” Most of the “pranks” occurred that September, but it was believed that they originated from events that had taken place in the 1670s.

At that time the house in question, which was named Oysterfleet Farm, was inhabited by a miser and his wife who over the years had managed to scrape together “a considerable lump of pelf”. Worn out by this “grovelling employ” the wife became ill in about 1675 and went to London to receive medical attention. She grew rapidly worse in the metropolis, however, and died soon after her arrival there. Just before her death she called the friends with whom she was staying and directed them to tell her husband that she wanted to be buried in Benfleet, where her dead children lay. The miser was duly informed of her wishes, but to save money he had her buried in town. He then returned to Canvey and resumed his niggardly existence, becoming ever meaner and more detested by his neighbours. He eventually died in 1779, very indignant at having to leave his hoard of gold behind.

Immediately after the miser’s death mysterious thumps and knocks began to be heard at Oysterfleet Farm. Doors opened and shut by themselves. Furniture was moved by invisible hands. A succession of tenant-farmers now occupied the house and all were disturbed by supernatural phenomena. One tenant kept hearing a noise as if a herd of cattle were rubbing themselves against the out- side of the house, but when he went to investigate he found nothing there. Another tenant, John Tony, said that he sometimes heard “a din and a clattering as though a thousand horses with chains were hurrying about the grounds at once”.

These manifestations became so frequent and annoying that in the end “a conjuror” was employed to exorcise whatever might be causing them. When he had finished reciting his charms the wizard assured the owner of the house that the spirit had been laid and would give no more trouble for a period of 21 years. The sound of cattle and of horses’ hoofs did in fact cease. There were no longer any thumps and knocks. Shortly after the wizard’s visit, however, a new set of phenomena revealed themselves, and by the time Jan Smagge moved into the farm it was once again a thoroughly haunted house. There was an invisible lady with rustling skirts who climbed the stairs and walked up and down the passages. She occasionally entered the room of Mr. Smagge’s manservant and spent the night prowling round his bed. On other nights the servant was woken up by the sound of someone jingling coins at his bedside. This was thought to be the ghost of the dead miser which was often seen during the day, lurking about the farmyard. The spirit wore the grey coat that had been the miser’s habitual dress when alive and carried a white stick.

As the years went by the occupants of the house grew accustomed to these ghosts and lost all fear of them, for they seemed quite peaceful and predictable. But then one Sunday morning in June, 1709, when the manservant was alone at the farm, he was suddenly disturbed by a loud whistling noise which seemed to be coming from all parts of the house at once. He searched every room but found no one. Four days later the rest of the family heard the same strident whistling under the hall window. But when they looked out nothing was to be seen. That afternoon the ghost with the rustling skirts became visible for the first time. She was leaning over a gate near the barn and was instantly recognised as the dead miser’s wife.

One day in mid-July the young maidservant, Mary Moss was rinsing her milk pails in the rain cistern by the back door when she saw the miser’s wife standing in the farmyard. The ghost gave her a hard stare and then came gliding towards her. Terrified Mary dropped the pails and fled. She told her story to Mr. Smagge who rushed out to look for the spirit, but it had vanished.

At the beginning of September a female relative of Mr. Smagge’s came to stay at the farm, and on her first afternoon there the ghostly whistling started up again. A neighbour who was taking tea with the family said it sounded just like the old miser, who always whistled to his sheep in that way.

The whistling continued until September 10, when it ceased altogether, only to be replaced by more sinister manifestations. On the afternoon of that day Mary Moss was scrubbing cheeses in the kitchen and the two farm cats were dozing on the mat. Suddenly the animals leapt up and went streaking off towards the barn. The maid looked to see what had startled them and noticed a shadowy figure approaching the open door. Next moment an invisible hand had seized one of the chickens that were pecking about in the yard and hurled it with great force into the kitchen. Mary screamed for help and the visitor came running in. They tried to save the chicken, but its neck was broken and it died. When questioned the harvesters who were at work in front of the house said that they had not seen anyone go near the kitchen.

On September 13 Mr. Smagge’s relative was sitting in the farm parlour in the early afternoon when she heard a rattling at the back door. She went to answer it, but no one was there. A little later “an extraordinary bounce” was given to the same door, and this time the maid went to see what it was. Again no one was there. Then suddenly the two women heard a crash in the hall. They rushed in and found that three window panes had been broken. Two more shattered before their eyes, the glass not flying out in the usual untidy way, but dropping “leisurely and perpendicularly down like icicles falling from the eaves of a house”. At this uncanny sight the servant girl ran out of the house in fear and the visitor hurried to the harvest field to fetch Mr. Smagge. He in turn sent for the minister, Mr. Lord, and only when he arrived did the party dare to re-enter the house. It was then found that nineteen more panes had been smashed in the hall and that the lead round them was all twisted and buckled.

Mr. Lord became interested in these phenomena and next morning he returned to the farm to see if anything else would happen. It very soon did, for as he and Mr. Smagge were walking in the hall before lunch a loud rapping noise sounded on a table near them. Immediately afterwards there was the tinkle of glass breaking in the parlour. Running into that room the men found three shattered window panes and a tile balancing on a jagged piece of glass in such a strange unnatural way that Mr. Lord declared it to be quite obviously “Devil’s work”.

The fiendish pranks continued during the afternoon. Loud knocks were heard in the kitchen, there was a sound as if someone were stamping about on the roof, the windows in the beer-room were broken. Towards evening Mr. Smagge’s relative was chatting to Mary Moss by the open kitchen door when a pantile came sailing through the door and hovered in the air for some seconds before gently touching her dress and dropping at her feet. The maid bent to pick it up, but quickly let it fall, exclaiming that it burnt her. She then wrapped the tile in her apron and took it out to show Mr. Smagge and the harvesters. They passed it from hand to hand, feeling its warmth, and all were amazed at this new manifestation of the “Arch-Juggler’s” powers.

Mr. Smagge and Mr. Lord sat up all that night reading chapters from the Bible to keep the evil spirits away, and nothing disturbed their vigil. But the following morning another strange phenomenon occurred. Mary Moss and the visitor were standing by the front door, which was closed, when a stone “the bigness of a turkey-egg” thrust itself through the crack between door and hinges and did a little dance in front of them before coming to rest on the mat. When touched it too proved to be hot.

The last day of the hauntings, September 16, began with a lengthy bout of window smashing, during which almost every pane in the house was broken. A neighbour of Mr. Smagge’s who was present at the time said he saw the glass being staved in by a spectral white stick. That afternoon Mary was working in the kitchen when the passage door opened with a creak and the dead miser sidled in. His face was “pale and ghastful”, his eyes seemed starting from their sockets and as he advanced towards the maid, brandishing his stick, she was so overcome with terror that she ran shrieking out of the house and went straight to the rectory. Here she fell down in a fit, foaming at the mouth and vomiting blood. She became calmer after Mr. Lord had prayed with her but did not fully recover until September 25.

The people of Canvey believed that the reason why Oysterfleet Farm was so bedevilled by phenomena throughout that summer was because it was then exactly 21 years since the spirit had been laid. But whatever the truth of the matter the house was never again disturbed after that time. The building continued to be used as a farm until quite recently. It was demolished in 1973.‘

What a great story Allison. I have heard bits of it before but not in such detail