Nestling close to the sea wall at Hole Haven on Canvey Island and now somewhat overshadowed by the mammoth ugliness of mushrooming oil storage tanks stands the old and celebrated Lobster Smack Inn. For centuries a small tavern has occupied this remote corner of Essex, offering comfort and refuge to sailors and welcome respite for the occasional travellers visiting these outlying districts. On their fine map published in 1777 Chapman and Andre showed the inn clearly as the World’s End-a fitting description for this lonely public-house standing at the water’s edge ‘twixt the city and the sea. To visitors and inhabitants alike in the eighteenth century it must indeed have seemed like the world’s end! 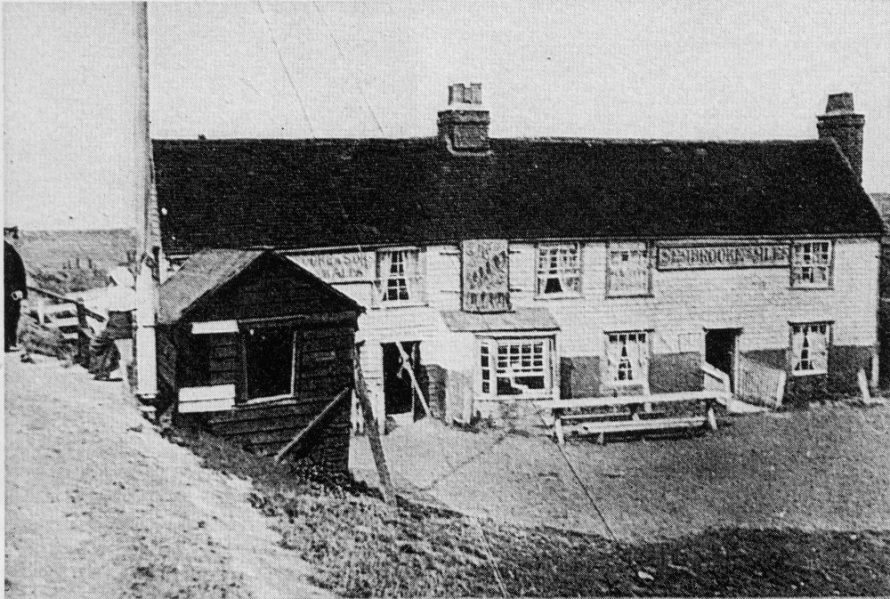 An early picture of The Lobster Smack Inn

From the tiny chapel of St. Katherine and the cluster of houses in the village a narrow road led to the inn, which was flanked on either side by uninterrupted acres of windswept marshland. This provided ample rich grazing for the large numbers of sheep traditionally kept hereabouts by the owners of local farms, of which only one remains today. Within a stone’s throw of the sea, and set amid acres of good farmland, Sluice Farm is still worked. The farmhouse retains much of its rugged and homespun appearance, defying storm and flood and the more noticeable recent “wind of change.” (Sluice Farm long since demolished) Its grounds close to the house are a veritable graveyard of bygone farming implements and present a fascinating spectacle to the artist as well as the historian.

When England was at war with Holland during the mid-1600s the Dutch fleet made a daring attack on the English shipping in the Medway and the Thames, and it is known that at this time the admiral commanding the enemy ships had to reprimand the officers and men of at least one of his vessels who prolonged the operation by making a surprise landing on Canvey Island. Intent on plunder, the Dutch sailors fired several houses and are reputed to have carried off several prime sheep to add to their ship’s sadly depleted stores of fresh meat. Forty years previously a small Dutch colony had settled on Canvey Island with the object of reclaiming the land, which they did under the watchful eye of the famous Dutch engineer, Sir Cornelius Vermuyden. It is ironical to consider that these early settlers, who had experienced a tough time at the hands of the locals, were again set upon, only this time by a rowdy mob of their fellow countrymen.

Speculating on past events, I have no doubt that the regulars of the snug bar parlour of the World’s End in those days must have enjoyed countless yarns and much friendly banter arising from this unprecedented “invasion.” Little noticeable change took place in the ensuing years, but with the advent of prize-fighting this secluded marshland spot acquired almost overnight notoriety as a popular rendezvous for the “gentlemen of the ring.” Many gruelling contests took place close to the spot that is now the inn’s car park, and whatever the outcome the patrons of the sport were excellent profit for the landlord. 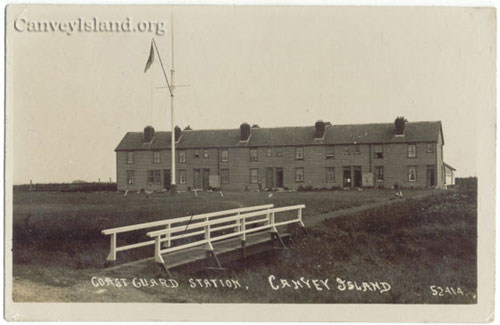 Today, instead of the cheers and jeers of the wagering crowd, on summer days visitors to this picturesque spot are treated to the noise and stomp of local pop groups equally keen to entertain and earn the plaudits as well as the generous patronage of the crowd. No longer is Haven Hole or Holly Haven, as it has been variously called, the scene of these illicit contests which were the bane of a hard pressed police force on the mainland. This outlandish place earned itself a reputation in the eighteenth and nineteenth centuries as the favourite haunt of riverside smuggling gangs, and in consequence the Admiralty saw fit to erect a new coastguard station close to the inn, replacing the old hulk Emulous that had lain for many years in the quiet backwaters of East Haven Creek. The new station, consisting of seven weather-boarded cottages and an officer’s house, occupied an ideal position for keeping a watch on the river and the numerous creeks and tidal inlets hereabouts.

Fifty or more years ago the crews belonging to the Dutch eel boats were commonly heard chatting in the parlour of the Lobster Smack, and today it is not uncommon to hear the familiar cockney or geordie sailor swopping yarns with those of fellow mariners from America and other far-off places. Sailors of all nationalities come to enjoy a drink and a chat and a brief spell ashore while the huge oil tankers moored at the deepwater jetty nearby discharge their valuable cargoes. Some of the world’s largest tankers ‘ berth at this jetty, while across the narrow water at Shell Haven many more of these giants tie up ready to feed oil from the east into the complex plant of this large, up-to-date refinery. Close to the place where yachtsmen met for the popular pre-war regattas stands the small but important P.L.A. jetty, and from this peaceful anchorage of East Haven Creek one or two fishing boats still sail daily into the estuary intent on a good catch of white- bait. 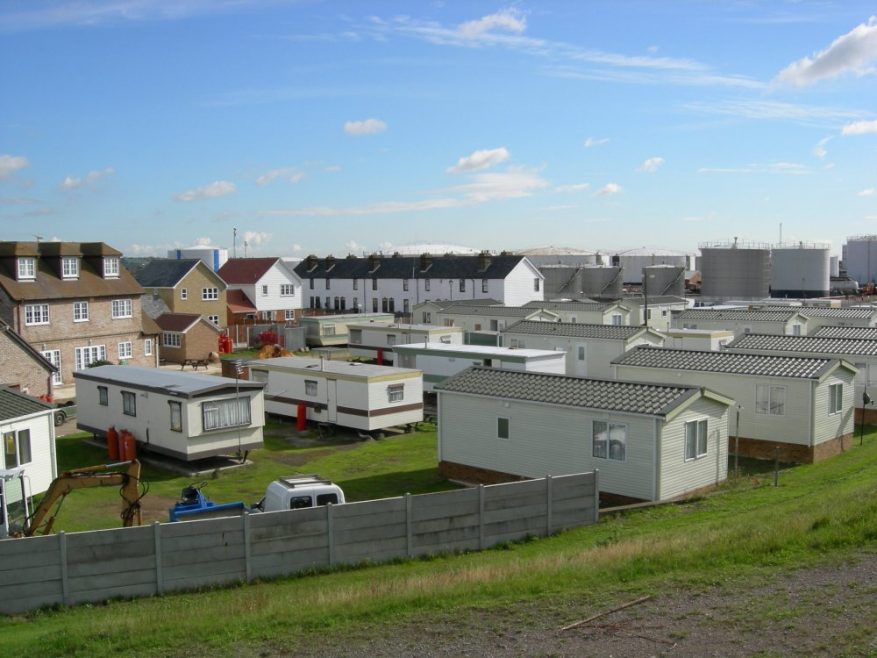 The World’s End for some and for others just a beginning, for in this quiet corner of the county is the new processing plant for imported methane gas, which we are assured is going to make a great difference to industrial output and domestic consumption at home. Changes there have been. No longer is this area once known, rather appropriately perhaps, as Drunken Marsh in the parish of North Benfleet; and on the land where coastguards practised their daily signalling stands a small caravan site. The coastguard cottages have long since been in the hands of private owners, and even the public-house has changed hands from the old Essex family brewers of Seabrookes to one of the modern “giants.” 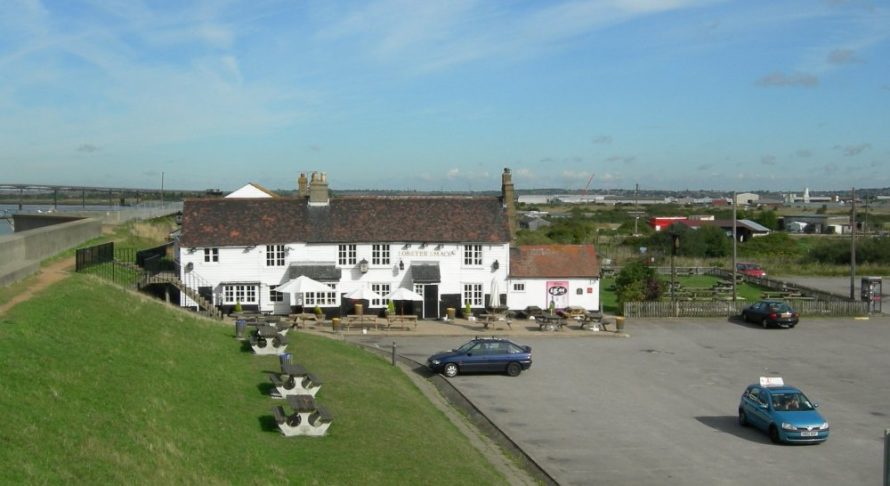 Following the disastrous east coast floods in 1953 a new £1,250,000 wall protects the area from further inundation by the sea. The privately owned single-decker bus that once ferried carefree day trippers to the Lobster Smack ready for opening time no longer operates, and to those on foot it can be a long walk to the nearest buses after closing time on a winter evening. Yet for all the obvious changes that have taken place over the years Hole Haven retains in part its former atmosphere of calm and isolation, and looking out across the marshes on a grey winter afternoon, with hardly a soul in sight and few sounds to disturb the air, it is still possible to feel that here, in this remote corner of Essex, is the world’s end indeed.