The story of a Dutch attack on Canvey Island 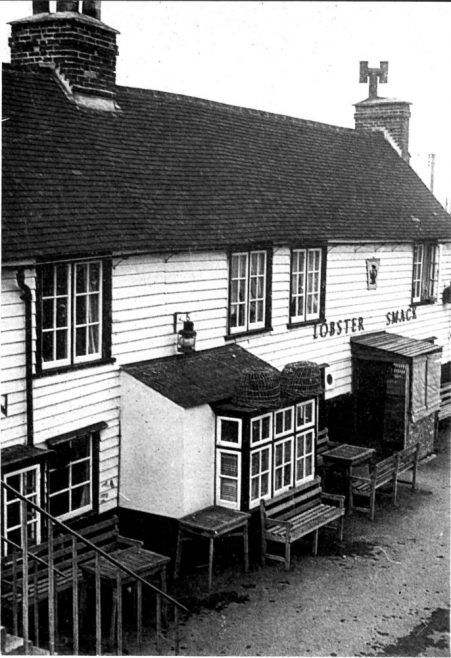 Nestling beneath the sea wall on Canvey Island, the Lobstersmack inn has bravely weathered storm and tempest since the surprise attack by Dutch sailors in 1667

Standing on the sea wall overlook­ing the Thames estuary and the distant Kent shore it is difficult to visualize the scene 300 years ago when a raiding party from a Dutch man-of-war stepped ashore at Hole Haven on Canvey Island and set about looting some of the farmhouses and barns lying close to the waterfront.

Incensed by the unprovoked attack, Sir Henry Appleton, of South Benfleet, himself a local landowner, wrote to the Secretary of State reporting that ” the Dutch have landed on Canvey Island and plundered it, damag­ing barns and eight houses, and taken several small boats.” In response to this protest a troop of Scots musketeers was hastily dispatched across the river from the battery at Sheerness to help the besieged islanders.

Fortunately the invaders did not stay long, and the inhabitants were left to recover as best they could from this ordeal. Some small comfort was gained, however, when it became known that the men in the raiding party were severely punished on return to their ship for undertaking such a foolhardy and hazardous adventure. Their escapade might well have affected plans for the events that followed.

For years the Netherlands had been our chief commercial rivals in overseas trade and Britain’s assumed sovereignty of the seas was openly questioned by many enter­prising Dutchmen. Hostilities between the two countries had been patched up by a number of different pacts, but relations remained strained and after suffering a num­ber of notable defeats at the hands of the English the Dutch learnt of a chance to revenge their long-felt sense of mortification.

In 1666, through lack of funds, the king had ordered the English fleet to be laid up at Deptford, Leigh-on-Sea and the naval dockyards in the River Medway. With this information the Dutch prepared for an attack. The opportunity was too good to miss.

On June 6 Ralph Josselin, the vicar of Earl’s Colne, noted in his diary that the Dutch were on the Harwich coast, and when this news reached London the king sent Lord Oxford to rouse the men in the eastern counties and prepare them for repelling any landing attempt made by the enemy.

Lord Berkeley was given command of the militia at Harwich and, accompanied by “a great many young hectors,” set out on his mission. Samuel Pepys, the immortal diarist, was sceptical of the venture and thought that the younger men would do little in the circumstances except  “to debauch the country-women thereabouts.” The outcome of their lordships’ visit is not known, but after a few shots had been exchanged the people of  Harwich were relieved to see the Dutch fleet pass out of range down channel. 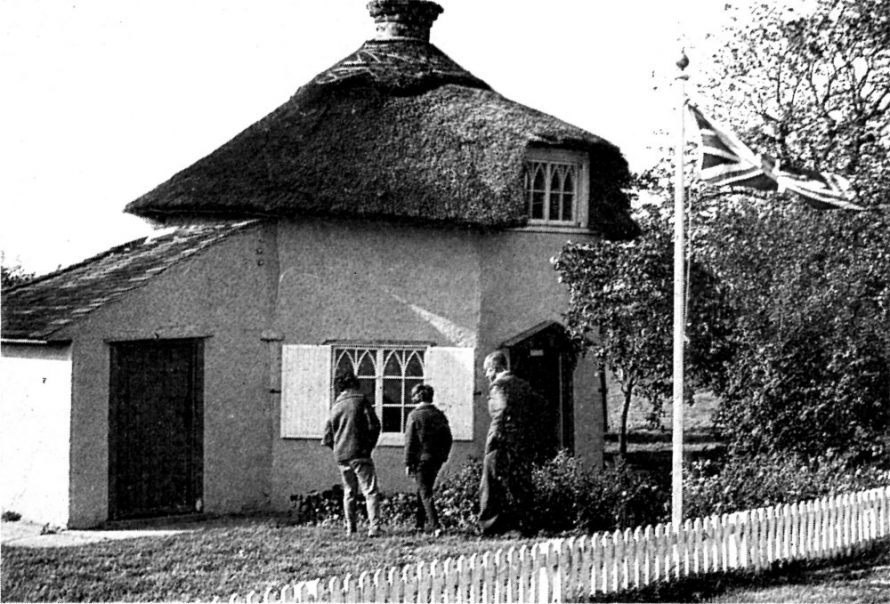 Built in the 1620’s, this tiny cottage is believed to have housed Dutch workers engaged in reclaiming the windswept marshes. It is now used as the Canevy Island Dutch cottage museum

Four days later a fleet of eighty sail was sighted off the Nore and soon the sea reach of the Thames seemed alive with enemy ships.

Following the raid on Canvey Island, Admiral Michiel De Ruyter, commanding the Dutch squadrons, ordered his ships to fall back to positions in the Medway. The newly rebuilt fort at Sheerness was stormed and taken, and after breaking through the chain-boom defences higher up-river Dutch boarding parties went into Chatham dock­yard and played havoc with the English ships lying there.

The Royal Oak and the Royal James were badly damaged and the Loyal London, another leading ship of the line, with less than a year’s active service to her credit, was left a blazing wreck. The greatest humiliation came, however, when the splendid ninety-six-gun battleship Royal Charles was towed stern first into midstream and speedily con­verted into De Ruyter’s new flagship!

Having accomplished its objectives, De Ruyter’s fleet quietly withdrew, leaving Britain to find a scapegoat on whose shoulders to place the responsibility of this national disaster. Luckily, Pepys escaped any recriminations of the Navy’s council board, but a number of his former associates were discharged the king’s service in disgrace.

Before the end of the month the Dutch fleet again approached the Thames, and Josselin noted on June 27 that ” they came up near Gravesend . . . put a stop to all trade and forced us to defend the whole shore. …” Pepys and others responsible for administering our naval affairs were beside themselves, not knowing what to do for the best. City merchants were slow in agreeing to release their ships, and many of the disgruntled English sailors were deserting in favour of better pay and conditions found aboard foreign vessels.

Fortunately the second visit by the Dutch was short-lived, and within a few months a treaty was concluded with Holland which provided some assurance to Thames-siders and those living around the Essex coast that no further attacks from the Dutch fleets were likely.

An interesting sidelight to these events emerged in the will of George Maule, then rector of Vange, another marshland parish, who in September 1667 directed that the residue of his goods, chattels and plate should be bestowed ” in erecting and new building of my house and barn on my farm in Canvey Island lately burnt down by the Dutch.” In retrospect one wonders if that hot-headed raiding party knew that they might be attack­ing former countrymen and their descendants who had settled earlier on the island follow­ing the successful draining and embanking of these wind-swept, flood-prone saltings. 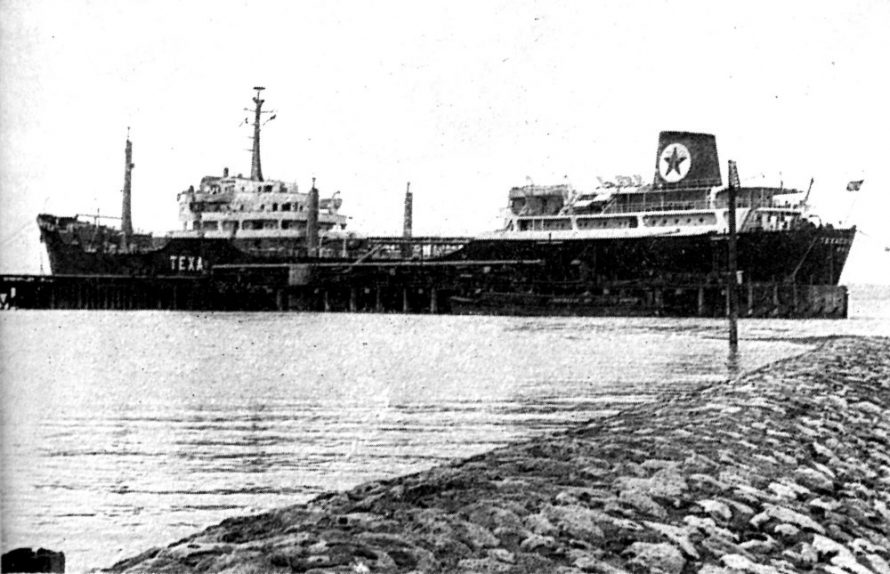 In 1667 a landing party from a Dutch man-of-war pillaged the island close to the spot where today’s huge oil tankers discharge less destructive cargoes.

June 1667 has a special significance in English history inasmuch as the Dutch raids proved to be the last occasion on which any foreign power staged and launched a success­ful seaborne attack on our island shores. Recalling the disastrous and humiliating events in the Thames and Medway 300 years ago, the men of Essex and Kent have since maintained a vigilance in peace and war worthy of a great maritime tradition.

This article was written and illustrated by Frank Whitnall and first published in The Essex Countryside in August 1967 and is reproduced here with his permission.