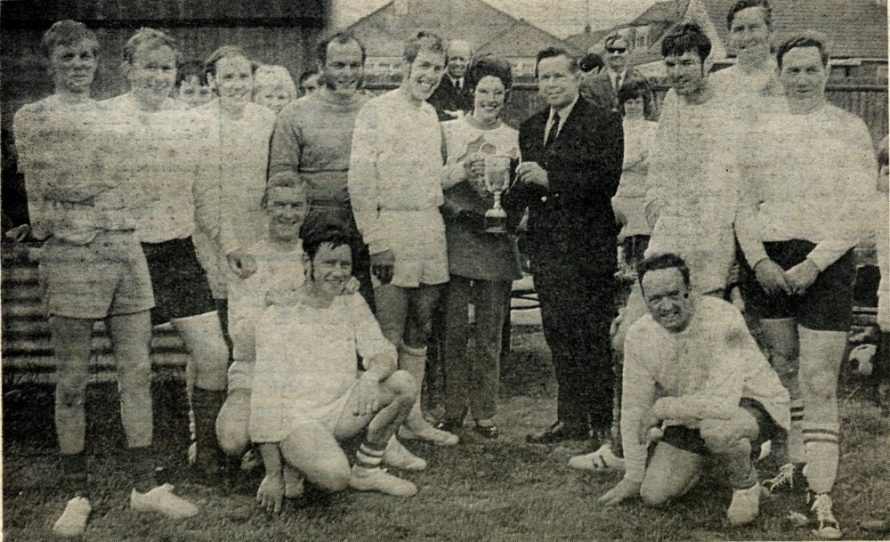 Smiling faces as Canvey Police get the cup

Canvey police demonstrated their winning ways on Monday when they heavily defeated their Benfleet opponents in a well-fought match.

Playing at Park Lane, Can­vey took an early lead which was soon equalled by the visi­tors. Undaunted Canvey went into the lead again only for Benfleet to equalise before half-time.

But, after the change of ends it was all Canvey and they notched a further five with only one reply.

Canvey played an open, storming type of soccer which Benfleet did well to contain for the first period.

In the second half Canvey’s tactics were seen to their full advantage and the visitors were able to do very little against them. 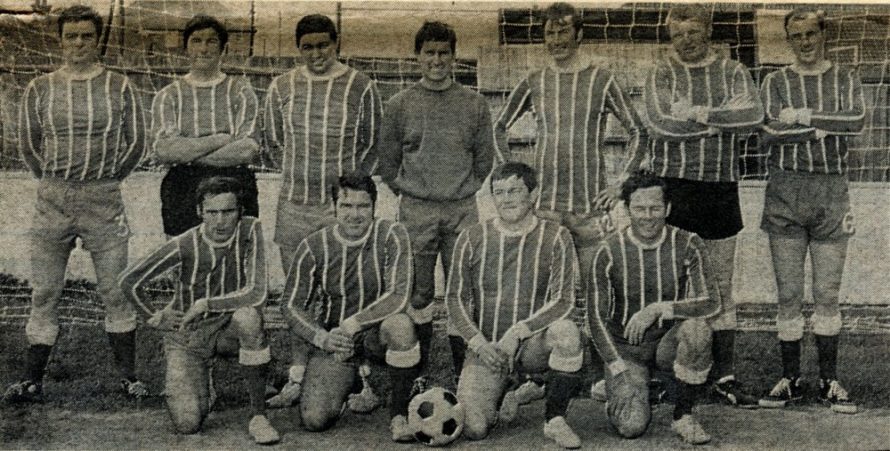 Benfleet Police in a goal-mouth line-up

Schemer-in-Chief was Neil Seymour for the Island and he confidently ran up a tally of five. Canvey’s captain, Alan Rusbridge, who played a leading part in some of the goals, netted one. The other, an own goal, was due to Benfleet’s love of passing back to their keeper. I could see this coming unstuck a mile off — and it did. 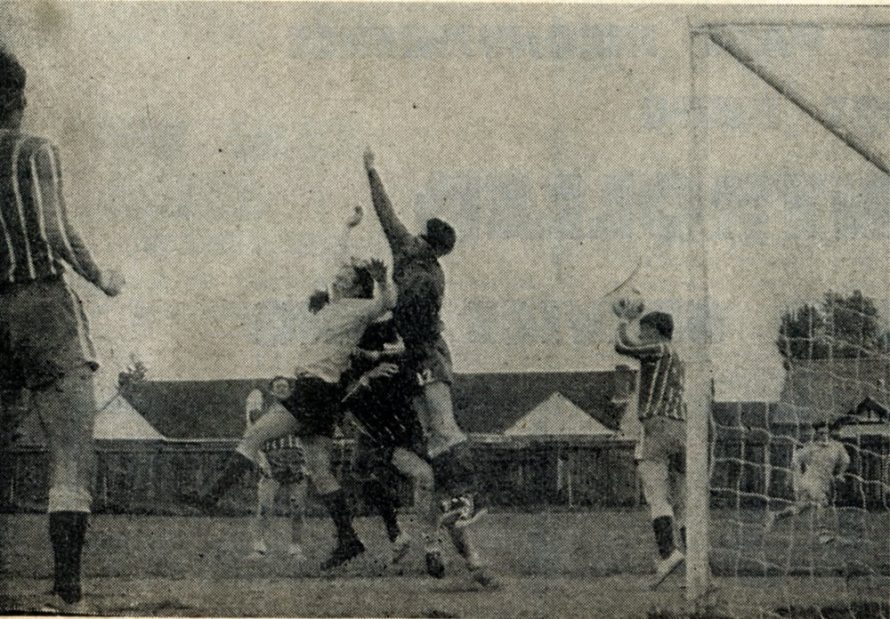 Not a punch-up, just the preliminarie to the ball being cleared off the Benfleet line

Both keepers played ex­tremely well and were often called on to bring off ex­cellent saves. Although both teams can have little opportunity of playing together on the pitch they blended extemely well.

The visiting side looked the heavier of the two but this proved not to be an advantage against a speedier opposition whose deft footwork delighted the spectators, among whom was the assistant Chief Con­stable of Essex. 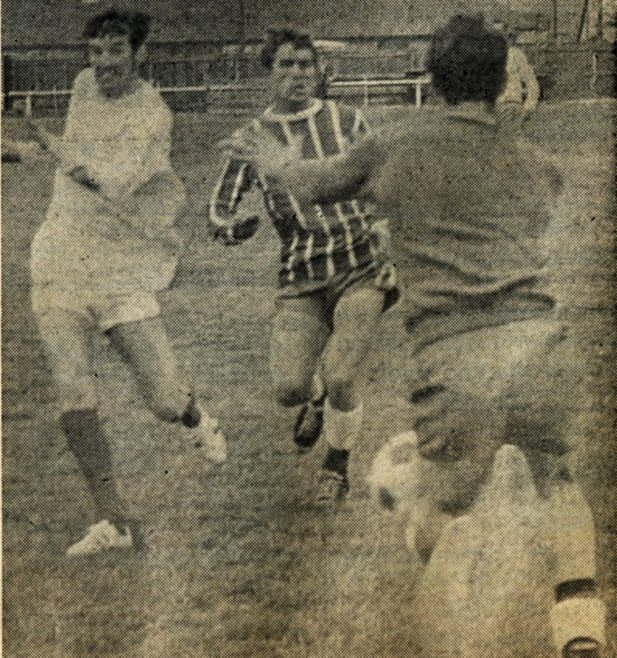 The match had resulted after a challenge issued by Chief In­spector Bruce Irwin and a trophy had been given by Keith Willis of Canvey Stamp Centre.

It is hoped to make the game an annual event.

There is also a possibility of two police cricket teams meeting.