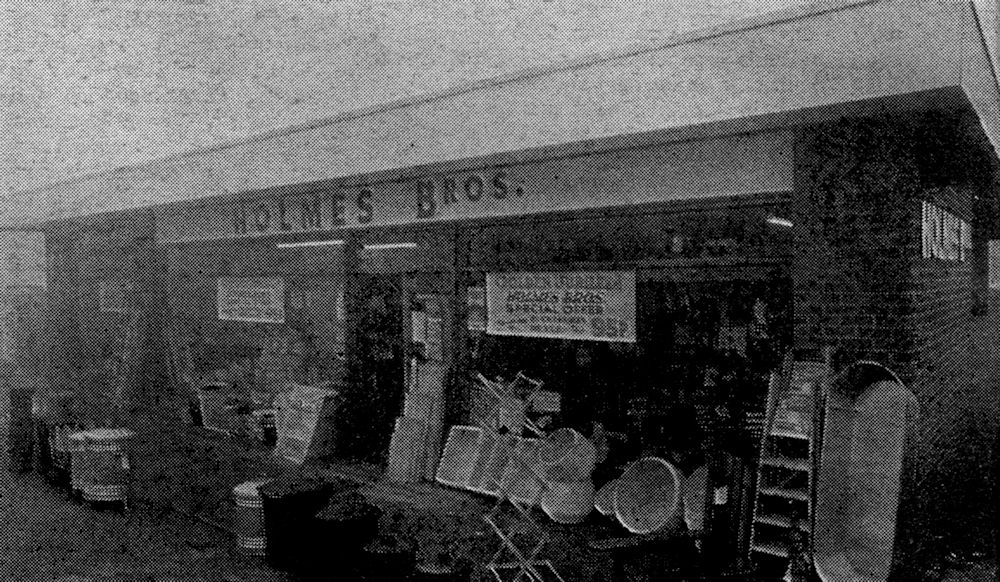 Very few local firms have reached the ripe old age of 50 years continuous service to the public but this proud record can be claimed by Holmes Brothers who have traded throughout this period.

They have successfully battled through a World War and contributed splendidly to Canvey’s recovery from the 1953 flooding.

The firm have been the original pioneers of the do-it-yourself movement, long be­fore it became a recognised industry. Their vast range of knowledge and expertise has — and continues to be — available to all who may tend to be slightly baffled by some need or need advice.

It was a vastly different Can­vey to the one we know now when two brothers established Holmes Brothers in the after­math of World War 1.

In 1921 Canvey was a small community with very many bungalow homes, some of them only occupied at week­ends. Unmade roads were the order of the day. The main road was very high. Part of it had originally been the sea­wall, prior to the Island’s eventual full reclamation from the sea.

Money was scare in those far off days and often the brothers felt that they were putting far more into the business than they took out.

Perseverance, however, had always been a Holmes’ characteristic plus a hereditary business acumen and these traits were to serve both them and the Island very well for the years that lay ahead.

As Canvey began to grow so did also the name of the firm. They carry — and still do —a huge and, to the lay­man, bewildering variety of requisites but to Fred and Ernie Holmes they were al­ways to hand.

In 1937 the next step was to become a limited company and two years before World War II was to cause even more problems, the two Holmes took that step.

Soon another conflict had engulfed the world and pro­vided an even greater need for the shop. Canvey was of course right in the front line for the Battle of Britain. As the Glorious Few thrashed the pride of the German air force out of the Thames Estuary skies there was inevitable damage to Island property.

People went to Holmes Bros, to buy materials to repair it and — even more — were grateful for the advice so readily tendered. It was a proud boast of the Holmes that never once — even dur­ing the darkest days of the war — did they ever close their doors.

Fred himself knew conflict he was in Flanders in 1917, transferring from the infantry to the Royal Flying Corps, later the Royal Air Force.

As World War II ended the rigid controls did not but still Holmes continued to serve to the best of their ability. Their own celebration was a new shop front in 1945.

Their next big testing-time came in 1953 when Canvey was flooded. Once again there was a cry for repair material and skilled advice. Once again the firm were there to supply both without stint.

Now — slowly but surely Canvey was on the up­grade. Previous development had been stopped by the war and only slowly after it was the Island able to progress until 1953.

But soon after the flood Canvey began to forge ahead to the bustling community in which it is today.

Holmes Bros, but naturally moved with the times. They even managed to increase their own large stocks. New materials — new devices — rejigs on old ones — were flowing in to their ever-open stores and their own know­ledge had to keep pace so that they could guide their customers.

This was the swinging 60’s with more and more houses being built on Canvey and even more people pouring on­to the Island.

Like their predecessors they came to Holmes and were not disappointed in the range of articles or the advice they were given.

As the 60’s gave way to the 70’s it became increasingly apparent that the old-establish­ed firm must be prepared to move to new premises and this they have done.

To celebrate their Golden Jubilee they are now installed at new premises in Canvey High Street. The service — the advice — remain the same — the stocks are ever increas­ing in their variety reaching an ever higher standard of excellence than Fred and Ernie Holmes, when they first started, ever anticipated.

The brothers, in their con­sultant capacity, look ahead to an even brighter future. 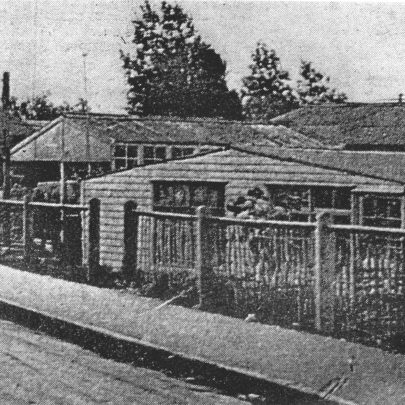 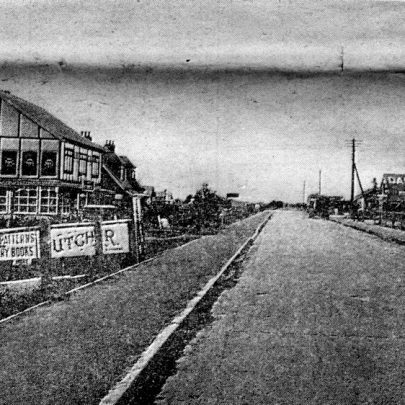 Another view of the old High Street at Leigh Beck. This was taken before the road was continued to the point and the bus terminal was opposite what is now the 'Admiral Jellicoe' pub. The new premises of Holmes Bros. are situated on the right of the picture 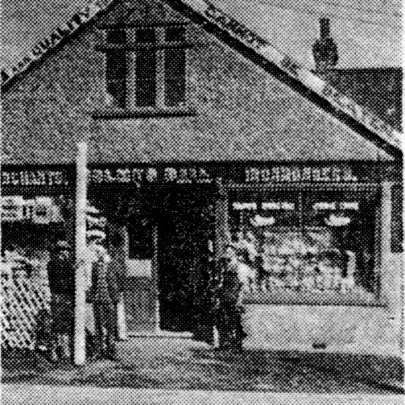 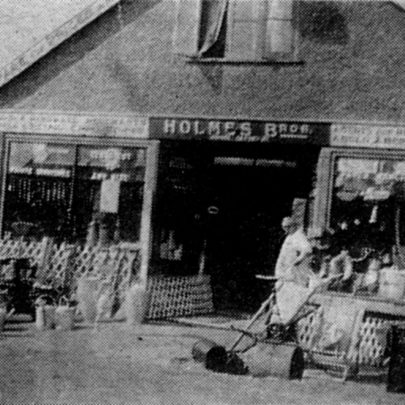