In Memory of Mary Dallas

whose funeral was today

From the 1964 Canvey News and Benfleet Recorder July 1964 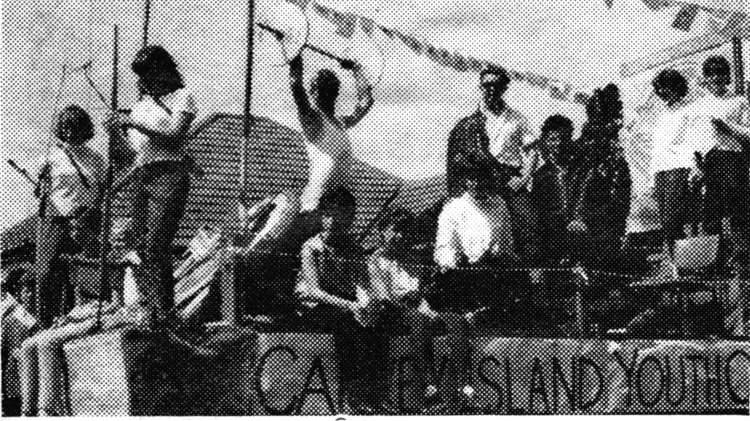 Canvey Youth Centre, who presented a very impressive float to win second place in the competition for the best district float.

The procession of nearly 30 floats and two bands provided Canvey with a splash of colour and gaity which comes but once a year, and which residents and holiday makers alike make the most of.

Judging took place at Hole Haven at 2.30 p.m., just before the floats left on their tour.

Competition amongst the floats for placing in the two classes (trade and district) was very fierce, due to the high standard.

Winners of the district float competition were the “29 Club” who were awarded the Jackie Geake Cup. Second were the youth club and third were the Distaff Club. Cllr. M. Luker, one of the judges, thought the Methodist Float was so good that he awarded it an unofficial fourth place.

One unexpected Carnival entry were Eastern National. The driver of a 3A bus seemed very surprised to find himself taking part in the festivities!

The fete at the Paddocks was opened just after 1.30 p.m. by Councillor Mrs. E. White, Vice-Chairman of Canvey Council.

Force Five took part in the pro­cession—as far as the High Street, when circumstances beyond their control (their car) made it impos­sible for them to carry on. Music was provided by the Basildon Drum and Trumpet Corps., and the Prittlewell G.L.B. First Can­vey G.L.B. were also represented, as were “Essex Five.” 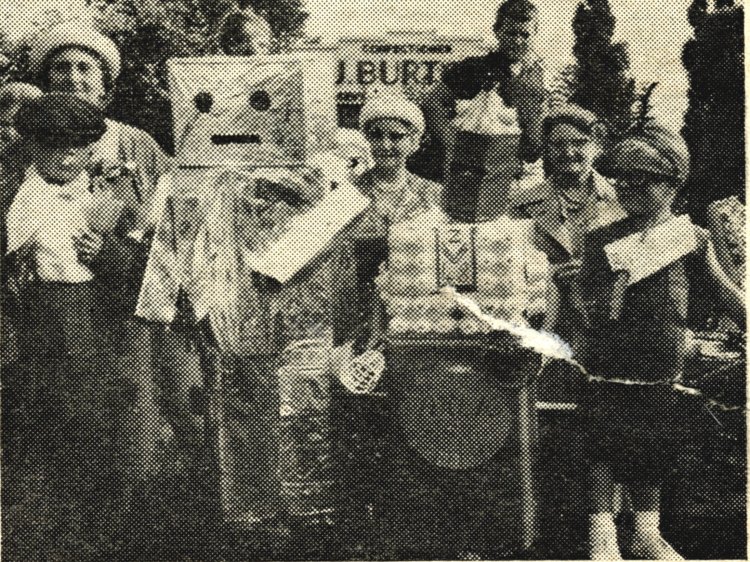 The prizes for the competitions etc., were subject to some delay by the post, according to “Uncle Denis,” the conjurer. “Uncle Denis” a member of the magic circle said that many prizes were picked up by car at various railway stations, and, in some cases, at the London Headquarters of several firms.

After the excitement of the pro­cession and fete was over, people began t0 get ready for the Grand Carnival Dance, being staged by the Distaff Club at the Casino.

The event started at 8 p.m. music being provided by “The Hotspots” and the “Essex Five.” A thing which could not pass un­noticed was the continuous pre­sence of the Police outside the Casino. At one time there were four officers and a patrol car standing by. Were they waiting for topless dresses? Not according to one officer. But Carnival Trea­surer Mr. George Clayton reiter­ated the views of the Committee expressed a few weeks ago. “If they do turn up, they’ll be thrown out”

The dance ended at 11.30 p.m., but the carnival was by no means finished. The next day, Sunday, saw a Thanksgiving Service in the Paddocks, conducted by the Rev. John A. Fleetwood, Vicar of Can­vey. The Rev. Fleetwood’s sermon spoke of a Carnival some years ago. According to the vicar a very poor tailor who lived in the High Street was commissioned to make the carnival queen’s dress. How­ever, on the eve of the festivities he fell ill. Unknown to him, he had been a very kind landlord to a family of brown mice. Their way of showing their gratitude to the tailor was by going to his shop and finishing off the Carnival robes for him!

The Thanksgiving Service roun­ded off a week of festivities, The baby show on Friday was an unqualified success. Even the carni­val committee didn’t expect the record number of entries in the baby show. One hundred and ninety-nine babies crowded the War Memorial Hall on Friday, along with over 100 contestants for the Beautiful Toddlers and Fancy Dress competitions. Al­though everyone didn’t win their class, they all went away with a prize. 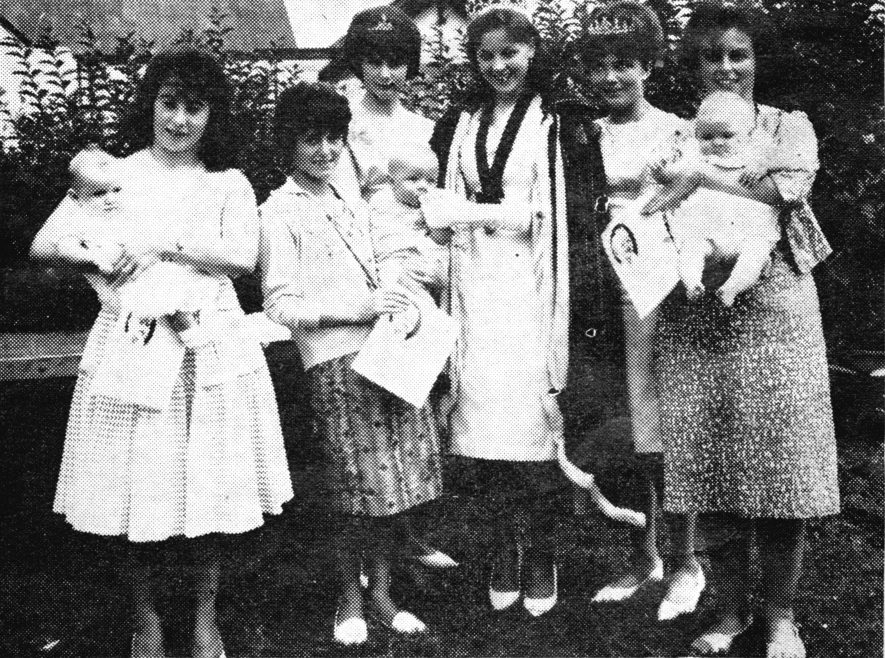 Winners of Fridays baby show, with Carnival Queen Dawn Thomas and her two maids of honour.

The judges, Sisters from South­end Hospital, said after the com­petition that they had a tremend­ously hard job in deciding the winners, as the standard of health among Canvey’s babies was so high.

There is, however, a small pro­blem still to be overcome. Win­ners of the twins class were named as Keren and Kerry, but no-one knows where they live or what their surnames are. The Red Cross are holding their prize.

The Champion Toddler was Michael Bowers, winner of the Second Class (4-6 years) in this competition.

Winner of the First Class (2 to 4 years) was Kim Kruger, with Belinda Campbell second.

The second class, girls’ (over 7 years) was won by Janet McArthur, with Stephanie Lawrence coming second, and Janice Cran­ston third.

Winners of the pairs were ‘Jack and Jill’ (Christine and Janet Deane). Second came “The Ugly Sisters” (Lin Lesad and Karen Partridge). 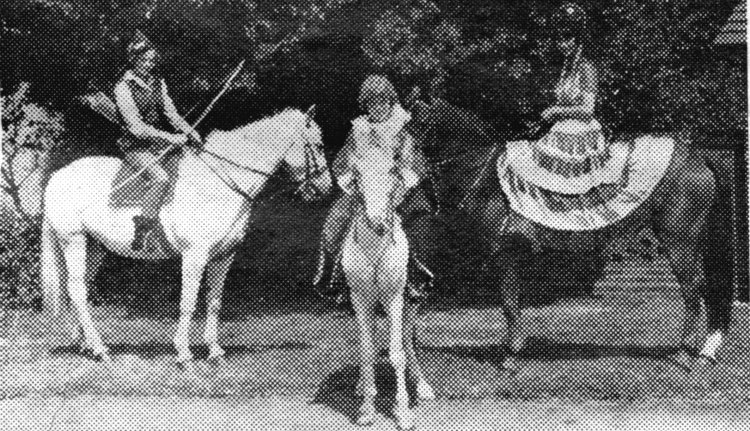 So for another year, the car­nival is over. But the feelings of many were expressed by Carnival Chairman Mrs. M. Dallas, in her speech at the Distaff Dance on Saturday night.

“The 1964 Carnival” said Mrs. Dallas “very nearly wasn’t, for in the early part of the year we found ourselves without a com­mittee and with many harsh things being said by members of the public who should have know bet­ter. I do not have to tell you how hard the members of the committee have worked. But in the excitement there are a few or­ganisations whose help has en­sured the success of the enter­prise. The Canvey Island Coun­cil, and the Canvey Island Ladies’ Distaff Club.”

Mrs. Dallas said it was usual to abuse the Council when any thing went wrong, but to stay quiet when something good happened. “On this occasion, however, I wish to go on record as stating that on Canvey we are ex­tremely fortunate in having a Council who revel in the thought of people enjoying themselves.”

Turning to the Distaff Club, Mrs. Dallas said it could always be relied on to support a good cause. She wished to thank all the members of the club and in par­ticular the Chairman Mrs. Pauline Hook, and the secretary Mrs. Iris White. “May the great success of the Carnival be reward enough for you all,” she concluded. 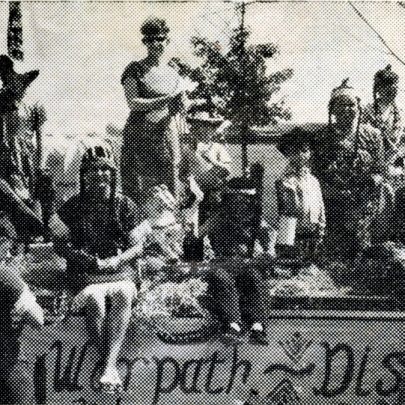 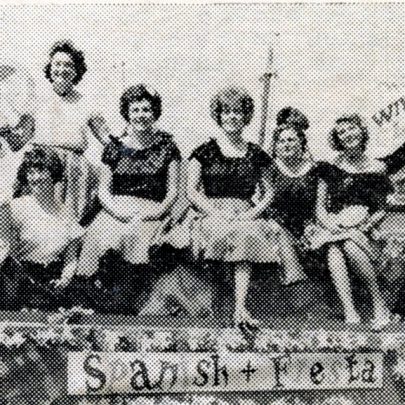 A 'Spanish Fiesta' staged by Canvey Methodist Wives Club when their float took part in the Carnival. The Club came fourth in the competition for the best local float. 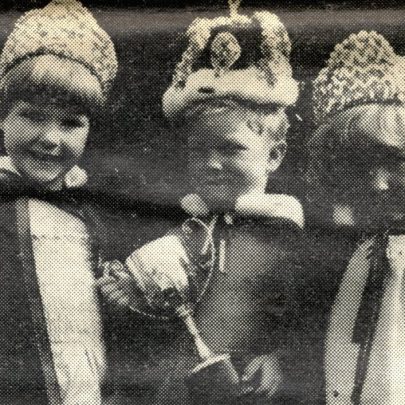 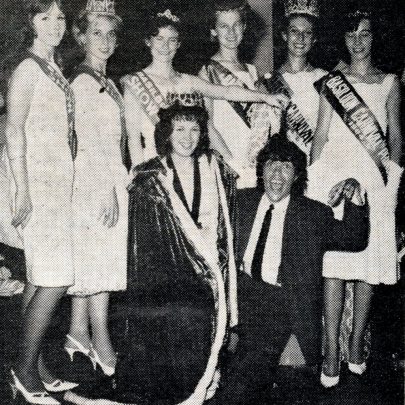 Carnival and Show Queens at the Distaff Dance on Saturday night. In the foreground is Dawn Thomas, Canvey Carnival Queen with 'Bert' of Force Five. 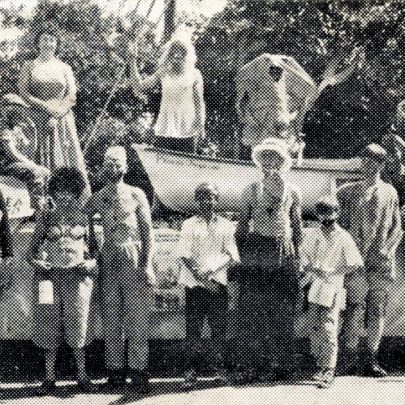 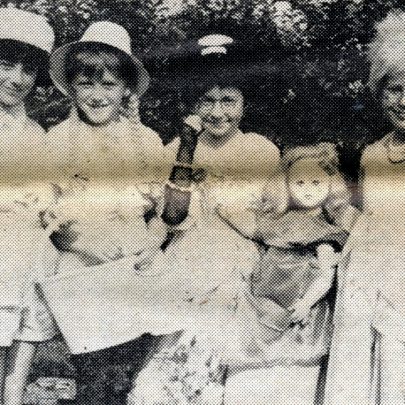 Winners of the carnival fancy dress competition held at the War Memorial Hall on Friday. They are (left) Jack and Jill (Christine and Janet Deane) and The Ugly Sisters (Lin Lesad and Karen Partridge). 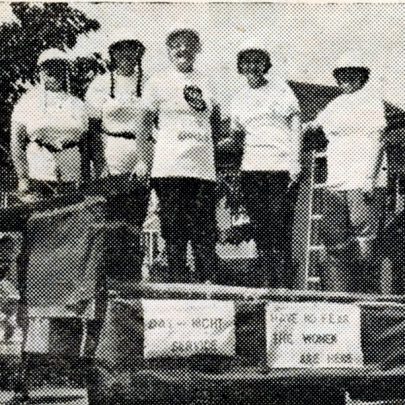 The only fire engine in the carnival! Canvey Labour Party's fire girls on their carnival float on Saturday. 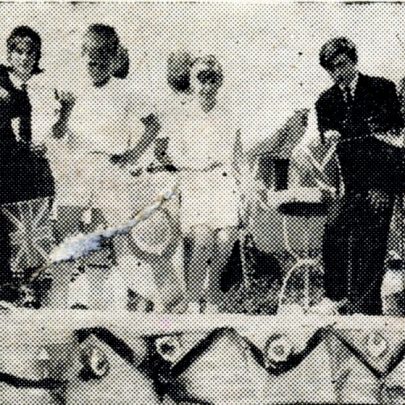 The '29 Club' float, which won forst place in the best district float contest.