This was the front page headlines of the Canvey News and Benfleet Recorder on Friday 29th May 1964. The report goes on:- 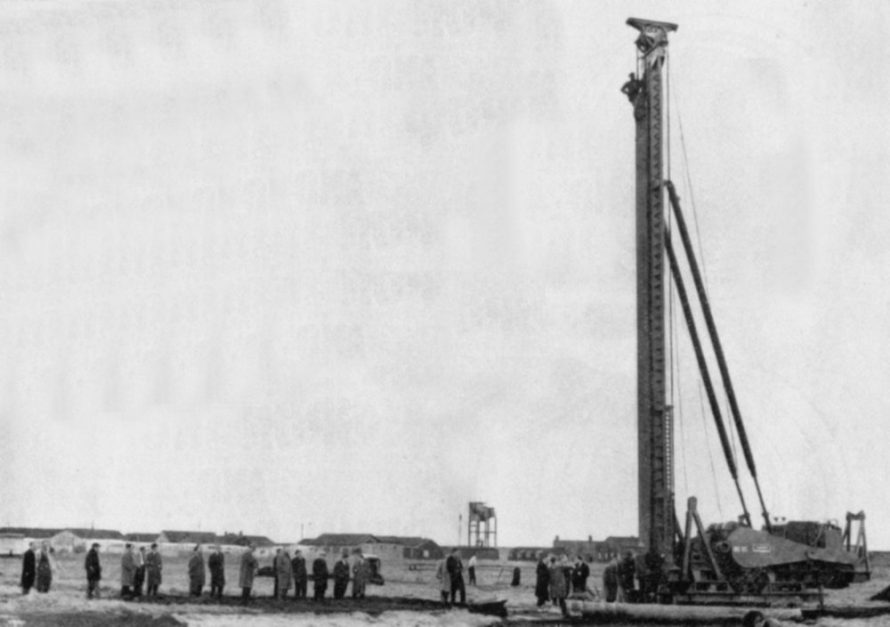 What may well be the remains of a murdered customs officer, one of two killed by smugglers in the late nineteenth century, have been found by workmen at a site for the new sewerage plant near Thames Road, Canvey.

On Wednesday morning, several human bones, together with some small pieces of wood and a stone, were found in clay, about six feet below the surface, where a hole was being dug for a digestion tank.
Mr. Eric Hammond, site agent for Vibrated Concrete Ltd., the contractors on the job rang Southend’s Priory Park Museum and Mr. D G. McLeod, assistant in charge at the museum, came over to Canvey on Wednesday afternoon, and identified the bones as human remains. The find consisted of leg bones, parts of a skull and part of a rib.

Early yesterday morning (Thurs­day) what is thought to be part of a forearm was found. The bones were scattered over a fairly wide area. Canvey Police, visited the site yesterday morning, after re­ceiving a phone call from Canvey Council’s Surveyor, Mr. R. H. Stevens. The Police intend to keep in touch with the museum for any future developments.

Mr. McLeod said on Wednesday that the remains would be exa­mined at the museum, along with the wood and stone. He hoped to build these parts into a picture of how the bones came to be at the site, but all he can say at the mom­ent is that they belonged to just one individual. 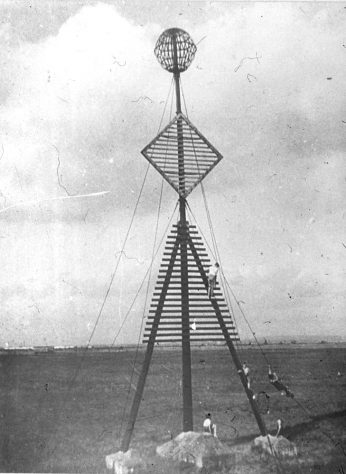 The Old Lady of Canvey the beacon where the first body was found.

In the latter part of the last cen­tury, two revenue officers were murdered while patrolling against smugglers operating from Canvey. The knifed body of one was found over 60 years ago at an appro­priately named spot called Dead Man’s Bay, when a beacon for the use of passing ships was built. The body of the second murder victim was never found. An intensive hunt took place for the murderers but it brought no result.

Workmen at the site are carrying on as normal. A wooden cross has been planted at the spot where one group of bones were found.

Does anyone remember this happening? Do you know more? Please comment below