Canvey News and Benfleet Recorder May 1973

Thousands of Canvey and district residents took part in demonstrations against the latest refinery ap­proved by Mr. Geoffrey Rippon, Secretary of State for the Environment.

The start of the long column from Canvey Council Offices

On Sunday white crosses were planted and on Monday a housewives’ crusade went to London. At the first a vast throng assembled at the Council offices and marched to the refinery site. White crosses and coffins were carried, young children wore gas masks and some of the adults smog masks and black armbands. Members of Canvey, Benfleet and Rayleigh Councils were among the protestors. The orderly march, under police control, surged up Long Road, at times eight abreast, sing­ing and chanting their opin­ions of Mr. Rippon. On arrival at the field white crosses were planted and cof­fins were laid on the grass. A musician sounded The Last Post. 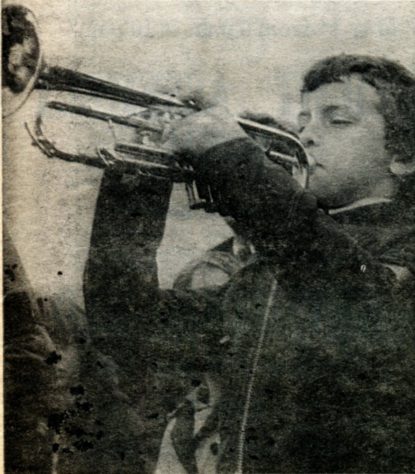 At one stage during the march oil tankers going to a local depot passed and were met with  a   storm  of boos. Before the vast throng dis­persed Mr. Bryn Jones, lab­our Prospective Parliamentary Candidate for South East Essex, said that no politician in the country could ignore the demonstration. The dem­onstration, which was his idea, had taken place be­cause “we are afraid that the Government is going to turn Canvey into a graveyard”. 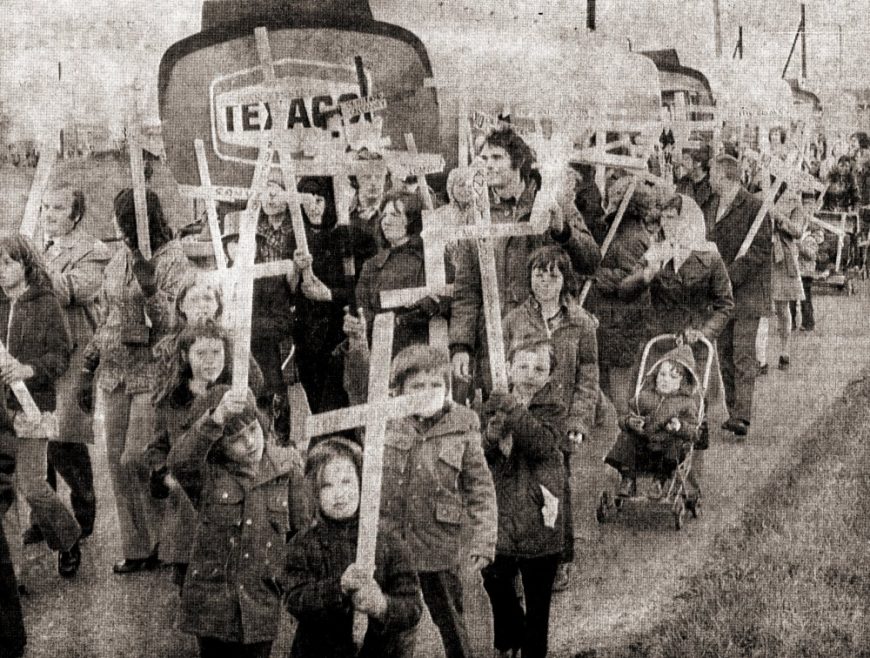 Some of the demonstrators on Sunday at Canvey met Texaco tankers returing to their local depot and booed them.

Although Mr. Rippon had made the decision in the nat­ional interests he (Mr. Jones) had been told by leaders in the industry that it was not in the national interests to build small refineries but instead they should be concentrated into four or five large ones. Mr. Jones said that Canvey was winning the battle which was a national issue. It was “people power-people care. Keep pressing, you will win”.

Some of the white crosses planted by demonstrators

On Monday it was Canvey housewives’ turn when they went by coach to London. They were met at Westmin­ster by Sir Bernard Braine, Conservative MP. for South East Essex. They should also have seen Mr. Anthony Crosland, Labour ‘shadow’ spokes­man for the environment, but he was unable to be present. Sir Bernard had them ush­ered into Westminster Hall and he, Mr. Jones and Coun­cillor Mrs. Dot. Shaw (who had organised the rally) went to the Department of the En­vironment, after Sir Bernard had made it quite clear that he was in full sympathy with the deputation’s views. At the Department they met the Min­ister’s Personal Private Sec­retary. 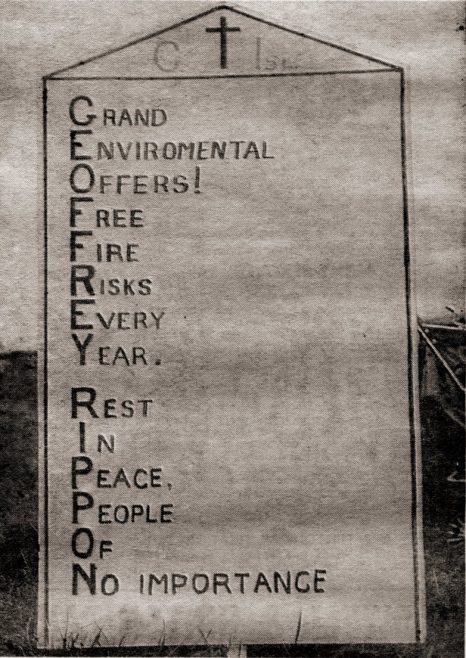 Geoffrey Rippon, Secretary of State for the Environment proved a target to ram home the Islander’s fears

Sir Bernard asked him to convey to Mr. Rippon the anger of the people of Canvey against a bad decision. He said that he had repeatedly warned successive Gov­ernments against too great a concentration of refineries in the Thames. Sir Bernard made two demands — that the Sec­retary of State consider re­scinding his planning decision and asked that Mr. Rippon receive a deputation from the local authority led by himself.

These requests are to be conveyed to Mr. Rippon. Sir Bernard then reported back to the deputation and said that he admired their stand very much indeed. He said that he had every sympathy with the people of Canvey in the matter.

A letter was handed in at No. 10 Downing Street asking Prime Minister Ted Heath to reverse Mr. Rippon’s de­cision and renew faith “in the rights of the people”. It was “a plea from the fright­ened people” implacably op­posed to the refinery.
~~~~~~~~~~~~~~~~~~~~~~~~
Were you on the march in 1973, are you in the pictures? Please comment below. 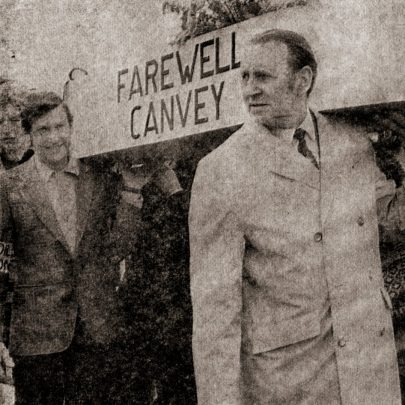 Pall bearers with a coffin with a message 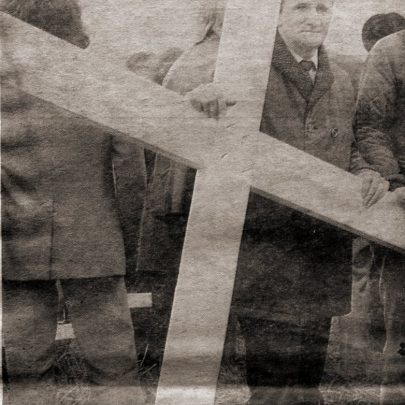 Councillor Jim Bowden one of many Canvey, Benfleet and Rayleigh Councillors who took part in the procession 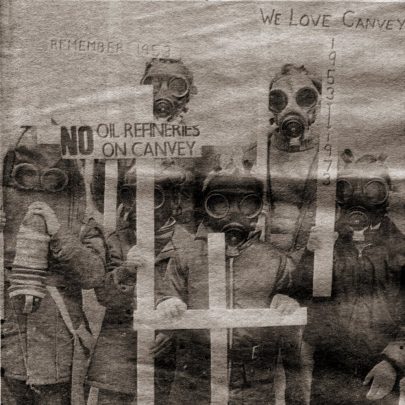 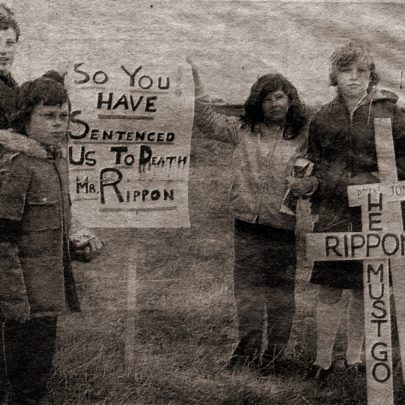 Many of the slogans and crosses referred to Mr Rippon 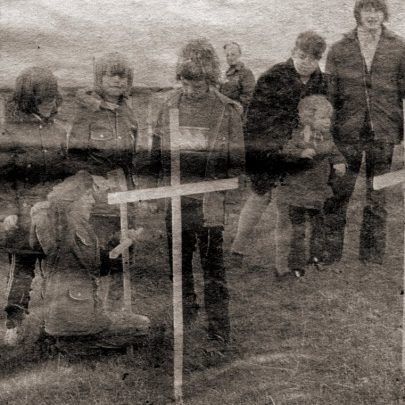 Youngsters were well to the fore in erecting white crosses 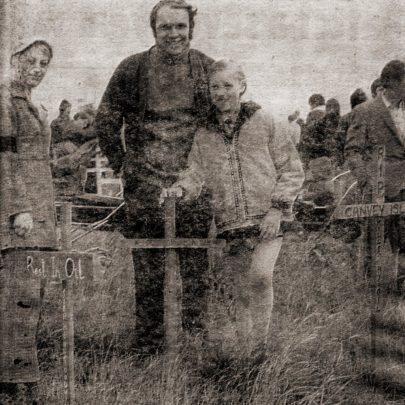 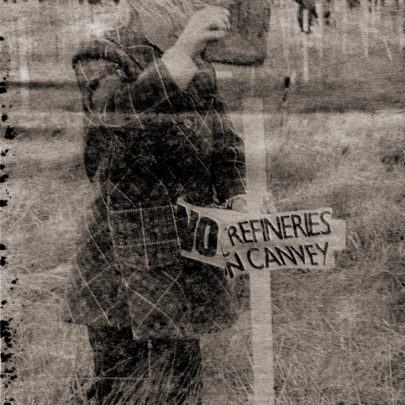 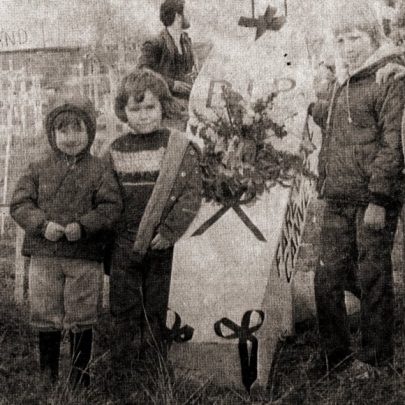 Coffins on display with young objectors