You are here: HomenextAbout CanveynextThe Dutch Connectionnext4 - Dutch to the RescuenextKars Pruim the Mad Dutchman

This clipping comes from the Echo Archive dated 26 January 1983.

Death of the hero who saved 35 from flood.
By Alan Wheeler 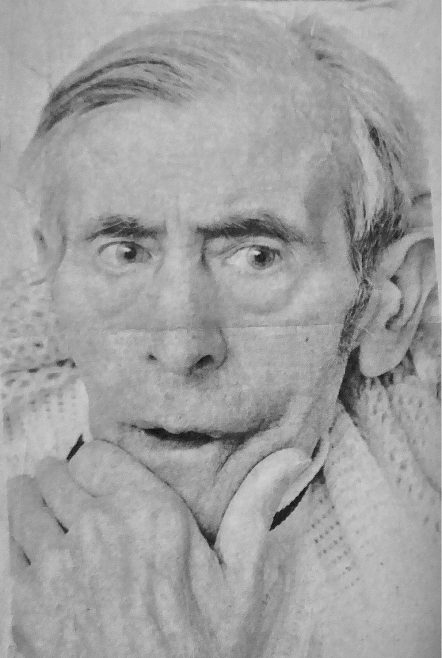 Kars Pruim, the man they called the Mad Dutchman, saved 35 lives over a marathon 24 hour period when he rowed from house to house rescuing stranded families from rooftops. And then, in an equally incredible feat of endurance, he went without sleep for four days to fill sandbags to help plug gaps in the seawalls. Mr Pruim died on Monday night at a Westcliff rest home. He was 74.

The East Coast flood killed 307 people, 58 of them from Canvey.

He had been in the Grace House rest home, Grosvenor Road, for 10 days. Before that Mr Pruim lived alone at his bungalow in South Parade, Canvey, with only his pet poodle, Lulu, for company. He had few visitors.

Tragedy dogged the Mad Dutchman since those horrifying days 30 years ago. In 1953 Kars – then a dark, lean man of 44 – lived with his English wife, Gertrude, and eight-year-old son on their barge, Tideways, in Tewkes Creek. His son was 18 when he was killed in a motorbike accident on a Canvey roundabout. His wife died 18 months ago. Since developing a serious chest complaint Kars had been in and out of Rochford Hospital. He lived in near exile from the outside world. Over the last few months the only people who had been to visit him were an Essex social services home help and Canvey’s Red Cross Welfare officer, Aubrey Stevens.

Mr Stevens in his role as chairman of the island’s Historical and Conservation Society, unearthed fascinating information about the lonely old man’s past.

Mr Pruim was far from neglected and alone when he returned tired but triumphant to the island in 1953 after the waters had subsided. People ploughed through ankle-deep mud on the sea wall to see the mad Dutchman or stopped him in the street to say thank you for saving their lives.

His workmates at a Canvey engineering firm christened him ‘Mad Dutchman’ because he seemed to know no fear during the floods. Kars counted 35 people he had saved and taken to his barge. After saving flood survivors he helped recover bodies, then volunteered to fill sandbags.

The story of his floating rescue operation is one of bravery and incredible stamina. In the Sunken Marsh area near Tewkes Creek he launched his boat near the submerged bungalows of the Newlands Estate and rescued three families.

Baby Linda Foster was screaming in her pram on the veranda of a bungalow in Southwick Road. The veranda could not be reached from the boat, so the Dutchman held it steady while a welding inspector called Robinson waded shoulder-high through five feet of water to reach her. A man’s body was hanging over the veranda and Robinson could find no sign of life in the bungalow so he wrapped the baby in his jacket and took her back to Pruim’s boat.

The intrepid pair then rescued a postman, his wife and dog huddled in the roof space of another bungalow. They rowed to the seawall, then helped to the houseboat where about 40 people were sheltering, two of them clinging to their dead children.

Robinson carried on searching the bungalows with a soldier’s help but they had to call off their rescue attempt at high water when the tide and wind made the boat unmanageable.

After Mr Pruim’s heroic rescue attempts. a reporter spoke to some of the people he saved. These were their reactions:-

Mr Bill Fensome, who spent nine hours on the roof of his home with his wife, Iris, and two baby daughters, said: “We were at the end of our tether when Dutchie paddled up to us,”

Mr Tom Waller, 68 at the time, of Sparbeck Road, said: “He never stopped while there were lives to be saved.”

Mrs Maggie Arnold, who lived in Cassel Avenue, said: “His shouting woke us. We owe him our lives.”

Mr Stevens said: “He was quite lonely when I visited him but was willing to talk about what happened in the floods and his fascinating story helped me uncover much of the history of that time.

This next section is an interview with the Echo just hours before his death.

Only hours before his death Mr Pruim spoke to the Echo about the horror of the floods.

He had spent 10 days at the Grace House rest home for the elderly in Grosvenor Road, Westcliff, before he was strong enough to see Echo photographer Dave Cook and reporter Alan Wheeler.

Staff at the home said he had slept almost continually since being admitted. His diet was a liquid one of porridge, scambled eggs and cups of tea. He was in good spirits, winking at the women staff.

He spoke about the floods and his mind was still active and his memory clear. We spoke to him for an hour, gradually piecing together his experiences in his own words.

He said: “At 2am I saw the tide come over the wall. It was and awful experience. I ran along the sea wall, calling the people out of their homes. I got my boat out to see if I could help anybody. At first I thought they had all drowned. You can’t describe the island under water, it looked like an ocean. There were no lights in any of the houses, everything was flooded out and it was freezing cold. The people I rescued I took back to my boat and gave them blankets and something to eat. We had a fire on the boat and everyone kept warm. When I found the baby Linda in the bungalow her mother and father were dead. It was very simple. We lifted her up and took her back to the boat.

I was out in my boat for 26 hours. Then I filled the sandbags. You had to do it to save the people that’s what kept me going. There was damage all round. Some of the people I rescued were in a bad way, many of them injured. When they saw me coming for them their reaction was excitement.”

Hours after speaking to us Mr Pruim died peacefully in his sleep at Grace House. A spokesman at the home said he simply lost the will to live. Getting ready for our visit was the only sign of enthusiasm he had shown since being admitted.