Opening of new schools on Canvey 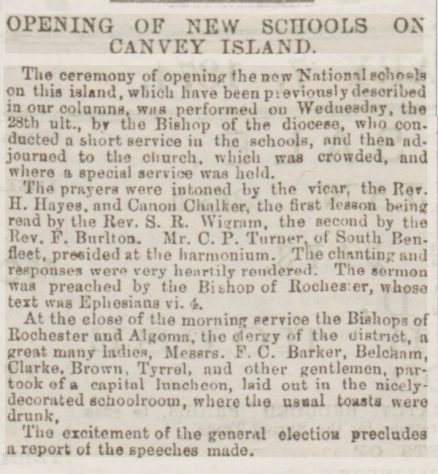 Clipping from the Essex Newsman 1874

The ceremony of opening the new National Schools on this island, which have been previously described in our columns, was performed on Wednesday, the 28th ult., by the Bishop of the diocese, who conducted a short service in the schools, and then adjourned to the church, which was crowded, and where a special service was held.

The prayers were intoned by the vicar, the Rev. H. Hayes, and Canon Chalker, the first lesson being read by the Rev. S. R. Wigram, the second by the Rev. F. Burlton. Mr. C. P. Turner, of South Benfleet, presided at the harmonium. The chanting and responses were very heartily rendered. The sermon was preached by the Bishop of Rochester, whose text was Ephesians vi. 4.

At the close of the morning service the Bishops of Rochester and Algoma, the Clergy of the district, a great many ladies, Messrs. F. C. Barker, Belcham, Clarke, Brown, Tyrrel, and other gentlemen, par­took of a capital luncheon, laid out in the nicely-decorated schoolroom, where the usual toasts were drunk.

The excitement of the general election precludes a report of the speeches made. 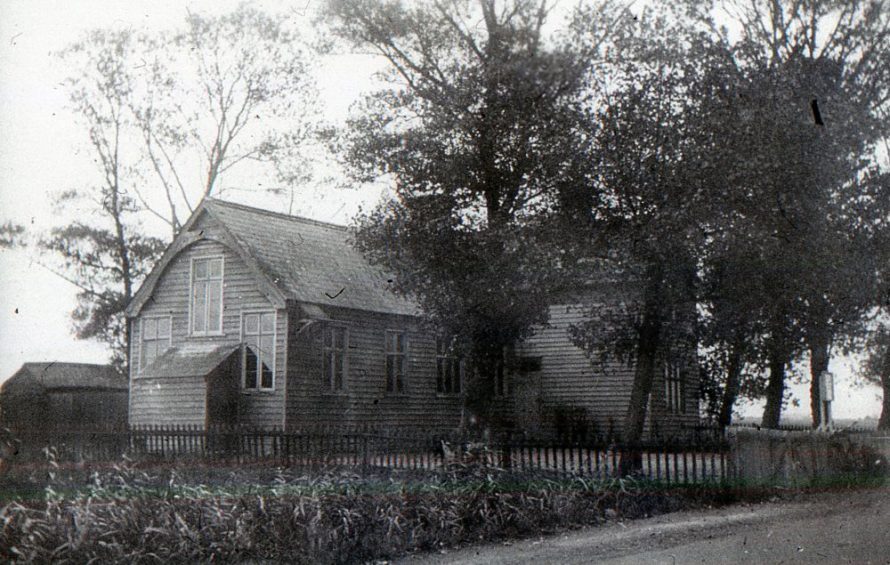