Shocking Fatality to a Benfleet Man 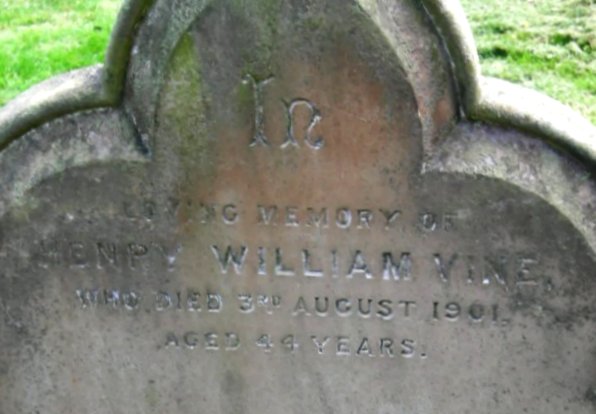 On Saturday evening a shocking accident, which terminated fatally, happened to Harry Vine, of South Benfleet, who worked on Canvey Island, but who, at the time, was on the railway station platform at South Benfleet.

Vine was about to shut the door of a carriage as the train was leaving the station, when he was thrown down and fell between the platform and the footboard of the carriage. The tram passed out of the station, and the poor man was picked up by a porter, terribly injured. His left leg was almost severed and his arm was broken. Mr. Powers, a student at the London Hospital, rendered first aid to the injured man, after which he was conveyed to the Victoria Hospital at Southend and placed under the care of Dr. B. Hilton Leigh. An operation was performed by Dr. Forsyth, Leigh, Hinks, and Aldridge; but shortly after ten o’clock the same night Vine succumbed to the injuries and shock.

An inquest was held on Tuesday by Mr. Edgar Lewis. —Charles Beckwith, landlord of the Lobster Smack Inn, Canvey Island, said the deceased was his godson, 44 years of age, and bar man at the inn.—William Mott said he was on the platform at the time of the accident. The train drew in, and when it was moving out of the station one of the doors of a carriage was not closed. Deceased stepped forward to try to close it. He missed the handle, and then ran up by the side of the train for ten or twelve yards, when he stumbled on the platform and fell, and rolled between the platform and the train.—Frederick J. Knight, stationmaster, said the deceased attended at the station daily, and witness had seen him close a car­riage door before. — Was he conscious when he was picked up?—Yes. He told us how it happened, he said, “It was my own fault,” —Dr. B. Hilton Leigh stated that the bone of the left thigh was shattered, and the lower part was missing. At nine o’clock the opera­tion of amputation was carried out, but de­ceased did not recover, and died on the operating table.—The Coroner: I take it that was the only course to adopt?—There was none other.— And death was due to shock?— Shock and lose of blood. The marvel was that he arrived alive at all.—The Jury returned a verdict of  “Accidental death,” and the Railway Company was exonerated from blame.

The funeral of Mr Henry W Vine, whose sad death at Benfleet station was recorded last week, took place on Canvey Island in the presence of a large number of friends. Several bretherin of the local Lodge of Buffaloes, of which Order Mr Vine was a Knight, attended in their regalia. The cheif nourners were Mr Beckwith and family. The service was impressively rendered by the Rev. Watson Hagger, vicar and was choral. Wreaths were placed on the grave from Mr. Beckwith and family: the Albert Lodge, R,A.O.B; Anchor Lodge, R.A.O.B.; Mr and Mrs Cox and family; Mr and Mrs Greig; Mr, Mrs and Will Ellard’ “Two friends” J.G.Rindore and H.J. Hussey; Mrs E.J.Lawrence; and “his comrades at Denton”.