70 plus years later not a lot has changed then. 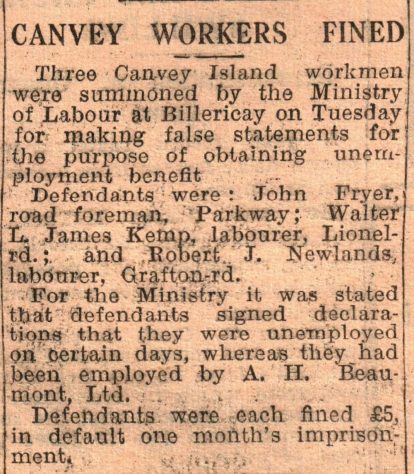 Three Canvey Island workmen were summoned by the Ministry of Labour at Billericay on Tuesday for making false statements for the purpose of obtaining unemployment benefit.

For the Ministry it was stated that defendants signed declarations that they were unemployed on certain days, whereas they had been employed by A H Beaumont Ltd.

Defendants were each fined £5, in default one month’s imprisonment.