You are here: HomenextAbout CanveynextThe Dutch Connectionnext4 - Dutch to the RescuenextAn Old Dutch Colony In England

An Old Dutch Colony In England

Canvey Island Past and Present

An article that appeared in The Nottingham Evening Post on 30th June 1903. I suspect that Hester was behind the story advertising his vision for Canvey but the writer was probably wise to have it published where Canvey Islanders would not read it. You will understand why I say that when you get to the end. 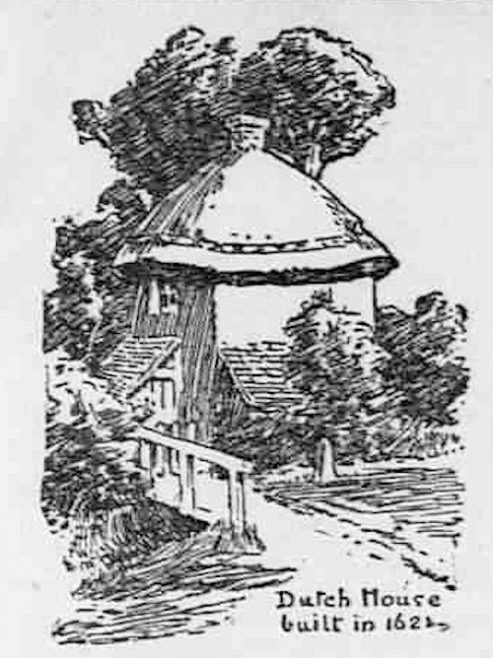 Situated almost immediately at the mouth of the Thames and overlooking the Nore, is to be found the primitive and old world Island of Canvey – a veritable remanent of the Dutch settlers – with nearly 400 inhabitants, all stalwart, healthy looking and apparently contented. Looking at the map, one would scarcely dream that this insular lump of land is over seven miles in length, and nearly five in breadth, with a circumference exceeding 22 miles. In fact so insignificant, from this point of view, does it appear that, on visiting it, one is surprised to find that its dwellings are so numerous. But Canvey Island, in the near future is a place we are destined to hear more about. Already there are many signs which naturally betoken a new departure, and a consequent rapid development.

Had things been allowed to take their course, there probably would have been no Canvey Island to-day, for the combined forces of the North Sea and the River Thames would have washed it completely away. It happened, however, that Sir Henry Appleton, the principal landowner in the reign of James I, made the acquaintance of a Dutchman names Joas Croppenburg, a citizen of London, and a man of great wealth. On visiting Canvey with Sir Henry the worthy Dutchman pointed out the advisability of taking steps to prevent the encroachment of the sea and river. 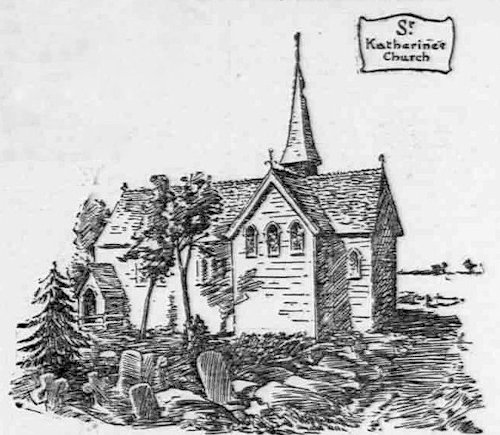 The suggestion of the reclamation of Canvey Island, by methods like those employed in rescuing Amsterdam was made by Joas Croppenburg to Sir Henry Appleton; but for a time apparently could not see his way clearly to embark on such a prodigious undertaking single-handedly. But the commercial-minded Dutchman recognising the intrinsic value of the island, and with a view to future business, proposed that if he – Sir Henry Appleton – and other landed proprietors would combine, and grant him one-third of the acreage of the island, he would at his own cost and expense, reclaim the whole of the submerged portion of it. This Sir Henry Appleton and others subsequently agreed to do, for we discover that by an agreement dated 9th April, 1622, the landowners granted unto Croppenburg, in fee simple, one-third of their lands, in consideration of his sufficiently ‘inning’ and recovering the island from the overflowing of the tides the encroachments of the sea and maintaining an effective sea wall at his own cost and charges. In order to carry out his contract to the letter with Sir Henry Appleton, Joas Croppenburg engaged the services of the celebrated Dutch engineer, by name Cornelius Vermuyden, a native of the Island of Tholan, in Holland, and a pupil of the renowned engineer and architect Jacob Van Kamper, who did much to beautify Amsterdam, and who possibly knew more than any other individual of that period about reclaiming and draining land.

When Vermuyden undertook the task of reclaiming Canvey Island, he brought over with him from Holland an efficient staff of some two or three hundred Dutchmen, all well skilled in the art of land reclamation; and after the work had been successfully accomplished, most of them elected to make Canvey Island their permanent place of abode. Thus, naturally, in the course of a few years quite a large Dutch Colony sprung into existence here. Their pursuits to gain a livelihood were diversified, such as farming, fishing, general labouring, and – “tell it not in Gath!” – smuggling. As in all other communities, it was found necessary to administer to their spiritual welfare; and after meeting in solemn conclave, these alien settlers petitioned King Charles I, to allow them to establish a church on the island, where according to their own language, they could do honour to the great Architect of the universe. The petition appears to have graciously granted by King Charles; and the Dutch community, having built a wooden church, elected Dom Cornelius Jacobson as their first pastor. The introduction of the Dutch church, the Dutch religion, and its conduct in the Dutch tongue, seems to have somewhat perturbed the primitive British dwellers on the island. Their parish was, at that time, St Mary the Virgin, South Benfleet, some two miles off, and, too many of them, much more than that in distance; and in order to save this long journey in all weathers they, in their turn, petitioned the Dutch community for the occasional use of their church, whereby the service could be rendered in English. This the Dutch peremptorily declined to acquiesce in, with the result that British indignation and resentment was aroused and anarchy between the two factions became so rife that on Whit Monday, 1656, it culminated in a general riot, and a free fight for the possession of the church. For it appears that the British provided themselves with a minister of their own choosing, formed themselves into a body, marched to the Dutch church, and demanded the keys. The Dutch had evidently anticipated the British design, for they also were assembled in strength, and prepared to withstand – by force if necessary – and thus resent what they regarded as an invasion of their legitimate rights. A free hand-to-hand fight ensued between the opposing factions for the keys, which, however, were successfully retained by the Dutch, and the disconcerted British were eventually routed. 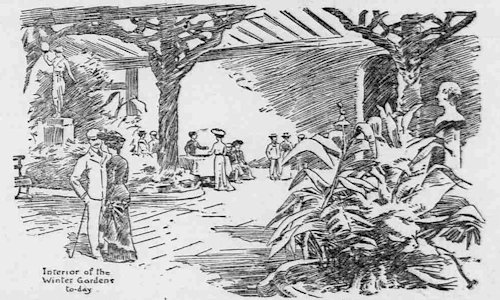 The last Dutch minister of Canvey of whom we have any record was Dom Emelius Van Cullenborg, who died in the year 1704, and was buried on the 14th of October at St Mary’s Church, South Benfleet.

About this time, from some unascertained cause, the Dutch people began to vacate the island, leaving their church in the hands of smugglers as a repository for illicit wares. This immoral state of affairs on the Dutch was speedily s?iped upon by the English residents as a pretext to effect a wholesome reformation; for we learn that an English clergyman, the Rev. Mr Lord, was appointed curate of the island. At this time things in general, from a moral, intellectual, and spiritual point of view, would appear to have descended to a very low ebb, inasmuch as the island became haunted with ‘evil spirits’ would be more appropriate, for as this time smuggling was exceedingly rife.

The tumble-down, desecrated, barn-like structure, which had been long used as a church by the Dutch, did not last long at the hands of the English; for, thanks to the generosity  of a certain Mr Edgar, the then owner of Charffleets Farm, Canvey Island, who is described as an officer of the Victualling Office, it was pulled down and a more suitable structure erected to accommodate 50 people. Dedicated to St Katherine, it was duly consecrated by the Bishop of London on the 11th June, 1712, and a curate was appointed to preach 20 sermons per annum, at the highly remunerative figure of ten pounds sterling for the course.

The Dutch have long since surrendered their land to a peaceable body of thrifty English farmers, who, considering the long period of agricultural depression they have had to contend with, are one and all healthy, contented, and fairly prosperous. 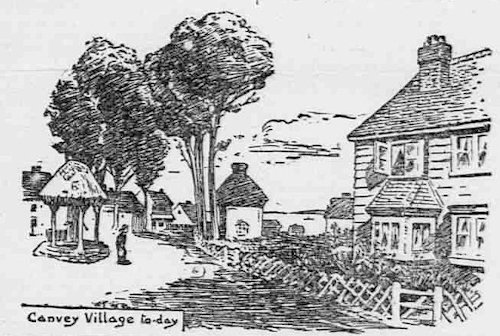 The chief proprietor now is Mr Frederick Hester, who is pursuing an enlightened and enterprising policy in opening up the island to visitors and residents, and in developing its resources. What with its winter gardens, its promenade pier, its Venetian canal, and other attractions, it is rapidly coming to the fore as a holiday resort.

Canvey Island, properly speaking, cannot be described as a seaside or a riverside resort, inasmuch as it is a singular and agreeable admixture of both. Divided from the mainland – Benfleet is the nearest point of juncture – by the navigable Canvey Creek, which at low tide, is fordable to pedestrians, we take one of the well-kept roads, with its hedgerows of purple sloe, right across the island to the sea-wall, and there, looking east, we find ourselves at the widest part of the mighty River Thames, and discover a magnificent view of the stately Kentish hills on the opposite shore. Looking north one is met with the vast expanse of the ozone-breathing German Ocean. Turn again to the west and we are entertained to a picturesque view of the hilliest and more wooded part of the Essex coast – embracing a glorious panorama of diversified scenery from Benfleet to Southend-on-sea. Perched high up on those hills, on the coastline, are plainly visible the ruins of the ancient Castle of Hadleigh, under the venerable remains of which nestles, in its old-world solitude, the primitive little fishing village of Leigh-upon-Sea. 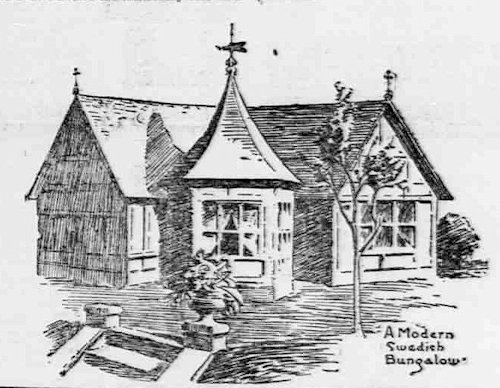 Canvey Island has a beach of no mean order. Escaping the mud, which is such an undeniable drawback in Southend, it has a long stretch of fine sand and pulverised shells – ground to a powder by the combined efforts and ceaseless beating of the German Ocean and Old Father Thames. It is at this spot that the luxury of sea-bathing may be safely indulged in, at all seasons of the tide, to the heart’s content. Here also the succulent flounder and the wily eel may be enticed to the line by the tempting bait of the patient angler, the shrimp may be coaxed to the net of the shrimper, and the cockles and winkles may be freely gathered amongst the rocky crevices by those who delight in these piscatorial c?culanta and gastronomic dainties. The invigorating exercise of boating and yachting is open to all, with the additional advantage that at Hole Haven there is not only ample accommodation for both boats and yachts, but yachtsmen and boating-men have the satisfaction of knowing that they can always get afloat without the disadvantages of having to wait for the tides. The sportsman can revel in both feather and fur, as winged and ground game are plentiful, and in the season there is a grand display of wild-fowl of every description. Here, too, is plainly visible the spirit of enterprise, an enterprise which, strange to say, is somewhat resented by the natives. These worthy people simply revel in their primitive outlandish surrounding; and unfortunately they view with a jaundiced eye the incursions of modernity. They do not seem to appreciate the disturbing element of improvement which threatens to efface their traditions – such as they are. The primitive dweller of Canvey Island may, however, rest assured that the time has arrived when the peaceful and healthy surroundings which his forebears have quietly, and somewhat selfishly, enjoyed for generations past, will be thrown open for recuperative considerations to the jaded Londoner. In spite of the passive opposition of dwellers in the little wooden Dutch-like village of Canvey – with its wooden church, its wooden schoolrooms, its wooden post-office, its wooden inn, and its Rip Van Winkle looking pump with a thatched roof, making up as old-world rusticity, it will, with the march of improvement, soon have disappeared to make room for a more modern and substantially built town.