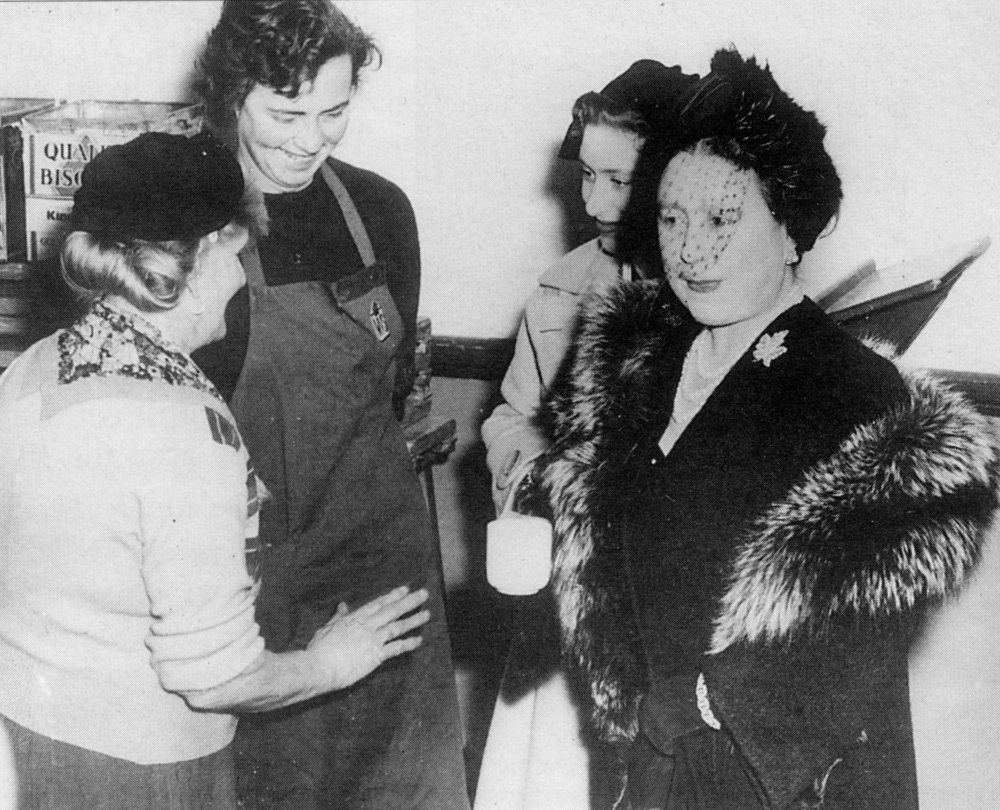 Queen Elizabeth the Queen Mother with her daughter Princess Margaret visited those who were evacuated following the flooding on Canvey Island who were staying in schools in Benfleet.

Benfleet Primary School, the new King John School (due to have been officially opened on 2nd February) and Benfleet Methodist Church were all used as evacuation centres and it was here that the Royal visitors heard of the suffering endured by Canvey people.