New for old - it's a load of rubbish 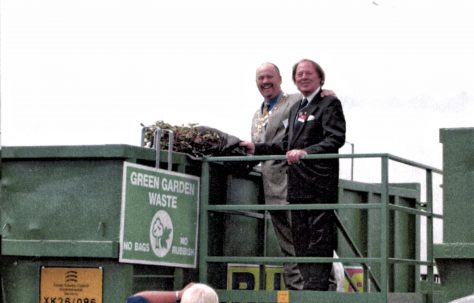 The rubbish and recycling centre at Waterside. We all use it but you would barely know it was there thanks to the landscaping.

An announcement by the Castle Point Council in 2002 put an end to years of planning and some protest.

A new Civic Amenity site and Recycling Centre for Castle Point will be opened on 1 August by Councillor Ray Howard. The site, in Canvey Road, Canvey Island, is the most advanced in Essex, and cost half a million pounds.

The emphasis of the new Civic Amenity Site will be on recycling. Much more space and a new colour coded system of identifying containers should result in the recycling rate increasing from 49% to around 60%, making it one of the best performing in the U.K.

In partnership with Castle Point Borough Council, the County Council has taken a long lease on land owned by the Borough to provide the new civic amenity and recycling centre. Subsequently the County Council will close the existing facility at Newlands and hand over the management of the adjacent landfill site to Castle Point Borough Council who will develop a new country park.

Councillor Kay Twitchen, Cabinet Member for Waste and recycling said: This is partnership working at its best – Canvey Island will have a new country park and both Canvey residents and those in the rest of Castle Point gain a comprehensive recycling centre, centrally located for all the residents of the Borough.’

The entrance to the new site at Waterside Farm with the old farm house to the centre left.

The old tip at Newlands was no longer viable. It was not central to Castle Point, no longer used as a tip but a collection point. So the Borough Council came to an arrangement with the County Council regarding the old tip and land at Waterside Farm. The County Council in exchange for a 40 year lease on the land at Waterside would give the Borough Council a 100 year lease on the old tip which was turned into Canvey Heights Country Park. Some of the objections to the site being at Waterside were that it would not look very good at the entrance to the island but the landscaping that was done virtually camouflages the whole site.

On the 1st August 2002 the new site was opened by Ray Howard. There were a whole host of guests. The site has been open ever since serving the borough well.

With grateful thanks to Ray Howard for providing the information. 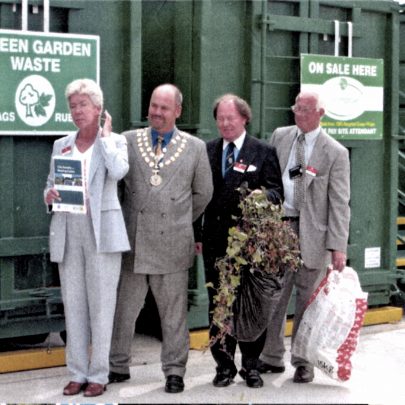 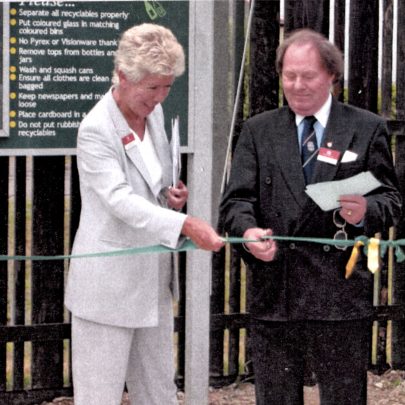 Kay Twitchen assists Ray Howard with the cutting of the ribbon 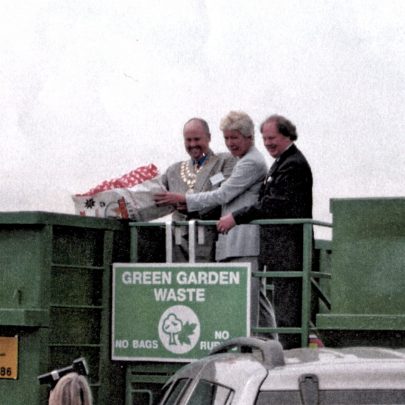 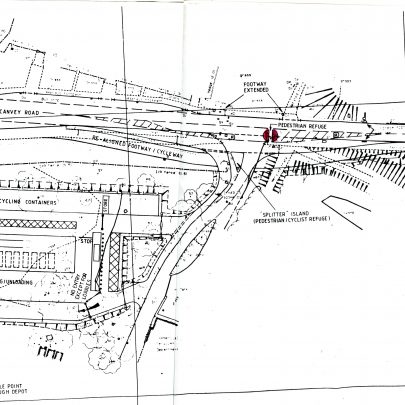 Plan of the centre showing the layout and landscaping 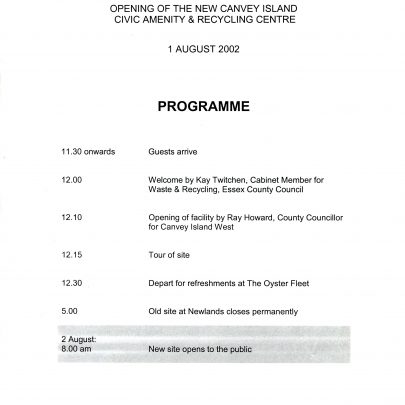 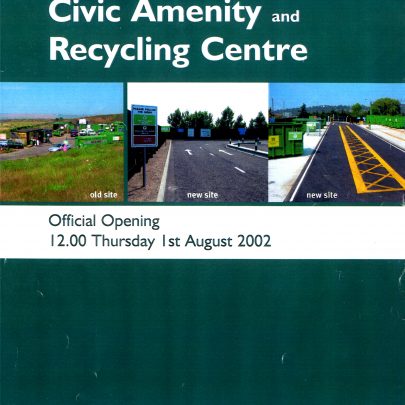 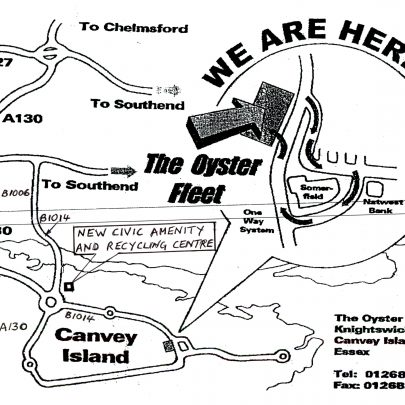 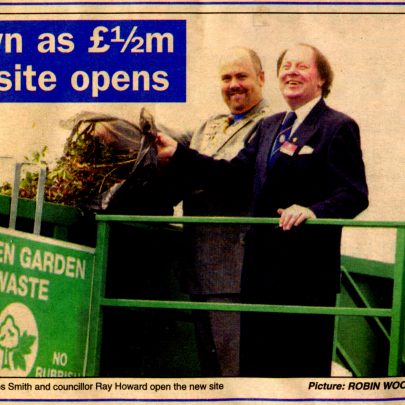 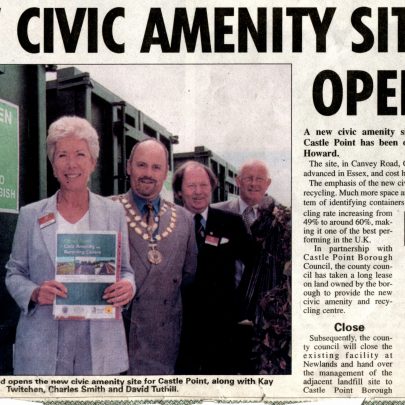