emailed in by Mark King 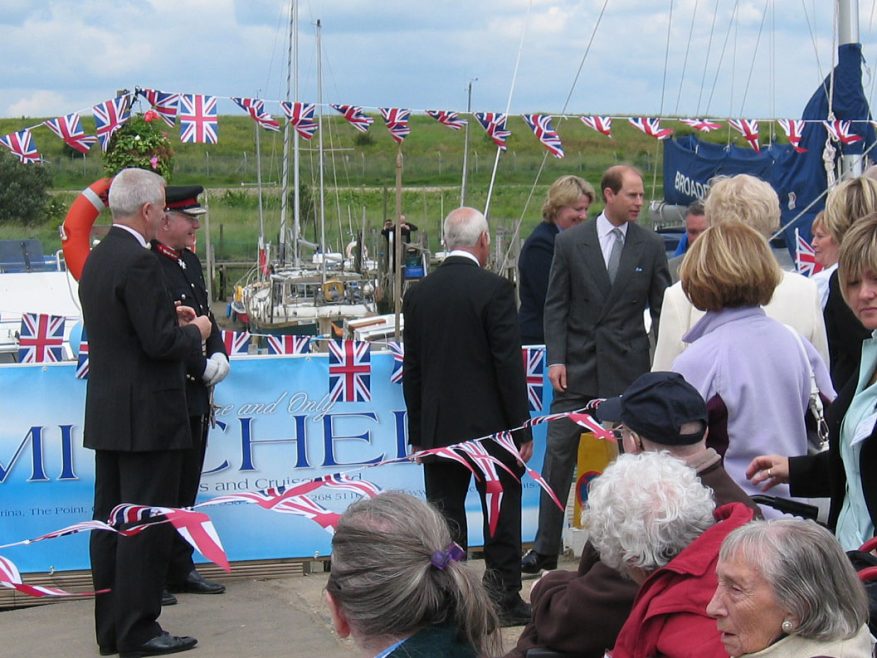 On June 13th 2008, Smallgains Marina at Leigh Beck was the setting for a rare visit by Prince Edward. Under a sunny sky the affable Prince was shown the skilled work produced by TEC Marine of Point Road and met locals involved in the running of the marina, such as harbourmaster Dave Powell, who has overseen the creek for most of his life. Company directors Michael Cerson and Anton Weekes explained the techniques and the technology that go into their boats, while clearly thrilled local residents looked on. Before leaving, Prince Edward took the time to meet and chat with the staff of TEC Marine outside the factory where their boats are produced. 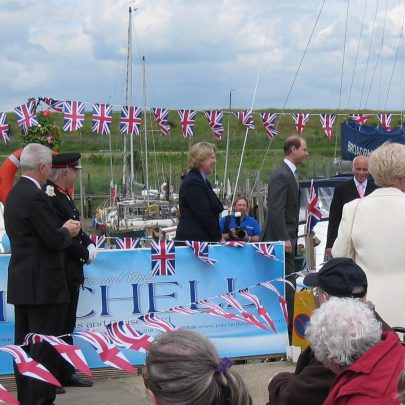 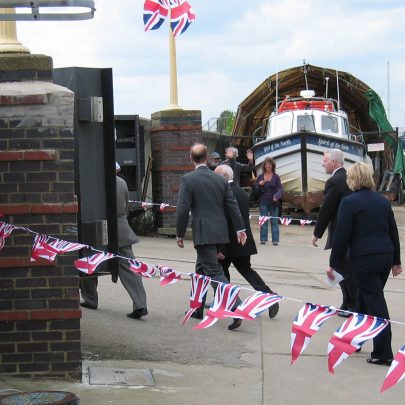 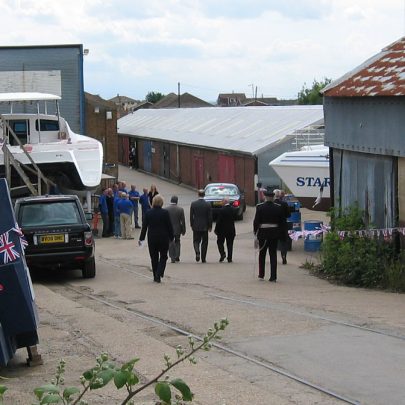 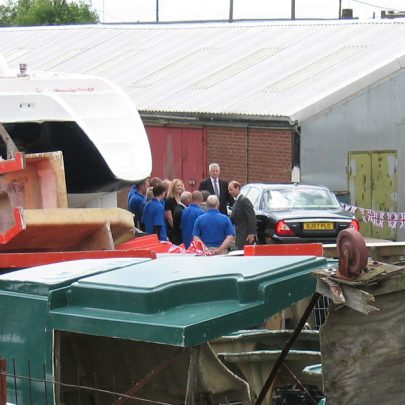